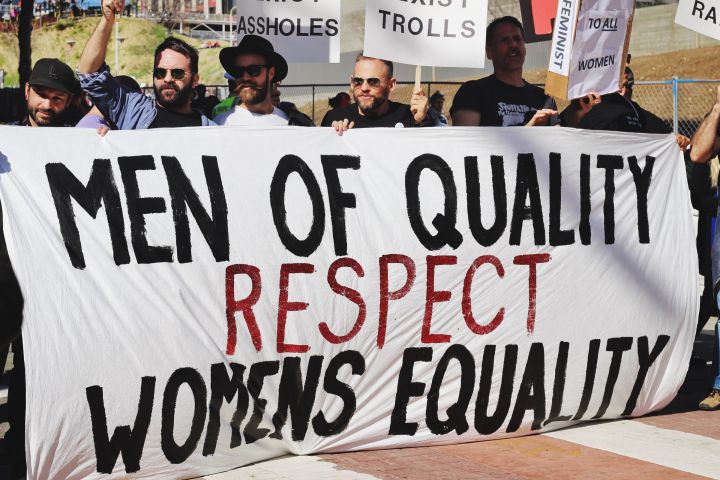 I just got to know from the Akkarbakkar’s Instagram story about the Women Equality Day. So, here are some of my thoughts and opinions. Excuse me, if I get deviated from the context.

Let’s start with a few things from history. There were some disgusting laws.

Infidelity law: earlier it was a criminal offence if a women had sexual relationship outside the marriage. Does it indirectly state that men can legally cheat and it’s no mistake even in moral terms? Because one gender was being punished and the other wasn’t by doing the same thing?

Also earlier, when there was no concept of divorce, men could get married to any number of women. But a woman couldn’t get married again. Imagine the situation women had been put in. It can’t get more horrible than that. Once married, women had to stay married to that person no matter what!!

There was also something called breast tax in Kerala long back. Women had to pay money to cover their upper body. Those who didn’t have that kind of money, had to roam around half naked. I don’t even have words to express how bad the situation was for women back then.

These laws clearly state that inequality and discrimination have existed right from the time known to man. It’s like the government and leaders had encouraged it. Inequality is being passed on to generations like hereditary.

Whereas, in fact women are far more superior than men in the issues that really matter. They always have been. Just think about the basics of human survival and analyse who’s better at those things. You will get an idea. There can never be a competition. There can never be a comparison. No arguments needed. It’s like an axiom. Unfortunately, women have been exploited mostly because they are relatively physically weaker than men.

It’s men who need proper education regarding this. They need to be taught to treat women with respect and as their equal peers. Most women are already empowered on the inside. They just need the courage to speak out and ask for their rights and question the discrimination. It’s time for men to step aside and let the women speak up. They need a lot of support from the men in their lives. Like the father, brother or even a best friend. Unfortunately, often they fail to get support even from them which is very sad on so many levels. The brother might be a supporter of women equality, but the voice is not raised when it matters the most.

There’s this amazing conversation about women equality and women’s rights from the movie Dil Dhadakne Do. Those who of you haven’t watched it, should. It makes a lot of sense.

So many women have fallen victims to patriarchy. Often they don’t realise that they are victims. They are conditioned to believe that that’s how their life is supposed to be. It’s almost like they forgot the word 'WHY'. Women should be made aware to ask the question; WHY?

Suppose when someone says they need to spend their life at their in-laws' home after marriage, the question should arise; Why?? Because, being a homemaker should be by choice but not by force or helplessness. Because, I do know a few women who like to be homemakers. As a man, I myself want to be a homemaker at some point. So most of the things should be done irrespective of gender.

The conventional and stereotypical gender roles should be shattered.

I sometimes have discussions with one of the women I know. She thinks about raising her daughter differently. She thinks that her daughter should turn out in a different manner. She says that she couldn’t say no to a few things and had to compromise on so many levels but her daughter shouldn’t be like that. I told her to practice standing up for herself and saying no at least once in a while if not often. Because you know our children often learn from watching us, but not listening to us. So If you compromise every time, she might think it’s ok. So even if you tell her it’s not ok, she will compromise in some matters later in her life thinking my mother has done the same. She might think if it was easy to standup for ourself, my mother would have done it at least once. She will feel that. So, maybe this is how her life was supposed to be, and not do anything about it.

We as people need to change. Like when film stars talk about equal pay, they sometimes miss the point I guess. Producers have maybe very little to do with it. Women centric movies don’t collect as much. Why?? Because people are not watching the movie. I went to theatre to watch Hitchki and Mardaani 2. Both were amazing movies. The number of people present in the theatre were not so many. At least how many women watched them in the theatres?? That was again on the weekend I am talking about. But the movie Wonder Woman is a famous one. It’s a completely different genre. Also it’s not necessary that the people who watched Wonder Woman are supporters of women equality and who didn’t watch Mardaani are not.

Just earning same amount of money is not equality. Maybe respecting her for what she does and not discriminating, is. Appreciating her is. Being proud of your woman’s achievements is.
Supporting her interests is. You standing up for her rights is.

Maybe that’s at least a start to making some difference.

There are still a lot of things that can be discussed. Everything one way or other, tells the same. I don’t want to prolong it. I want to end my discussion with this dialogue from a telugu movie named Jyothi Lakshmi : "You don’t have to understand women, it’s enough to respect them. Because you can never understand them".

It makes a lot of sense. There’s this phrase that most men think with their little head. So maybe that’s the reason they don’t or won’t or will never understand women.

Read and share this story because sometimes, when the reason comes from the opposite gender, it makes people sit up and take notice. Cannot thank our users for trusting us with their opinions. Have you shared yours with us yet?