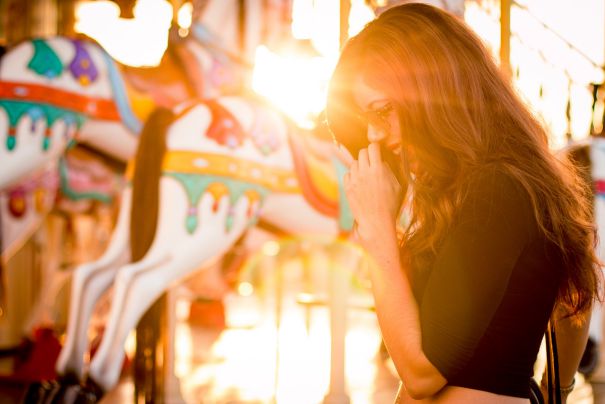 I am Nora, 25 years old, a software engineer at an MNC. Spare some time to read my story.

I'm blessed with very friendly parents although conservative. I never hesitated to discuss anything with them. I had the freedom to choose what I wanted in life. From career to love. I was a happy go lucky girl until 4 years back and my life is now stuck in an emotional trap.

It all started when I fell in love with my classmate in the 2nd year of my engineering. He was a handsome tall guy who carried big dreams in both personal and emotional aspects of life. We were madly in love and everyone knew that this love was going to last forever. I felt blessed having him around. After studies we both got placed at different MNCs after a long struggle of almost a year. We supported each other during that period and it really showed how compatible we were!

We both gave space to each other. We understood each other well and never doubted anything when it came to us. My parents knew about our love and they were fine with our relationship as they also knew him personally now. But things took a weird turn from there on.

He moved to Pune for his training and I had to stay back here. It became a long distance relationship. Things changed, our endless hours of talks were reduced down to just a few minutes of talk in a day or two and gradually decreased to just texts because of his odd training timings. Slowly the distance increased and when the talks of marriage came up, it took a toll on our relationship. Though we were madly in love with each other we were unable to understand the different situations we were facing.

My situation was the family pressure as in every Indian household and his was his big dreams before everything else. We waited for the right time to talk about it. Many heartbreaking words were exchanged and there was this time when I realized that his career was top priority.

I found that each time we would try to converse about our good old days it would somehow land up in marriage talks and things would turn upside down. We realized we were hurting each other. After a lot of thinking I decided to do the unimaginable. I just left everything unended. I left everything to God.

Whatever he wanted to do, all his dreams, he wanted to fulfill them along with the person he loved. His parents got attached to me. And soon he landed up in front of me with a proposal. I was falling for him. It felt good and warm. He wanted me to be there with him always.

He wanted to build a career as well so he took suggestions from me for everything. His life was changing for the better, moving towards a brighter future. We both were getting close to each other without realizing what we were getting into. When my parents got to know about this, they were confused, they couldn't believe their innocent daughter was falling into an emotional triangle. They refused to give their approval for the new relationship, thinking that the guy with no proper job could not keep their loving Princess secure and safe and so they unanimously decided that he was not the right guy for me.

One corner had her parents who believed her totally. In the second corner was her first love and in the third corner of this triangle was the newly found love. Leading a life of a confused woman with no stability in professional and emotional front. It is me, Nora, who was facing this, and I wish no other girl faces this turmoil.

The new person in my life knows about my past and he is ready to accept however it is. Amidst all the confusion and with the thought that I have not hurt anyone intentionally. With all the pain within and carrying my broken heart, I still continue to lead a normal life carrying a smile on my face, living in the present. My hopes still hang in between the three purest forms of love from three sets of people who are the closest to my heart.

I am Anvita, writing this story on behalf of Nora. I know that her first love is still waiting to hear back from her with all hopes alive. Nora has left all the confusing situations and decisions to God, she knows whomever she chooses, she will hurt the other two. The other guy is still hopeful, as he knows that his feelings for her are true and the thought that "True love always wins" is making him run for life. With this thought in mind he continues to build a career for himself. At the end of the day, life must go on forever and it is goes on.