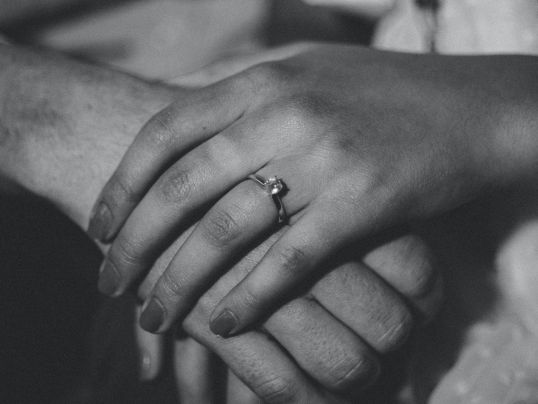 This story belongs to the anonymous female I used to chat with when I was in college.

Back in 2006, people had limited access to the Internet. In those days, when the internet broadband got installed in the house, that used to be a joyful moment for students like me. When I used to get bored after browsing for any project work, I used to login to yahoo chat with a fake ID and played available word games with the people in different chat rooms.

One day when I logged in with my fake ID, I received a chat request from a female. Receiving a chat request from a female to a female was quite unusual. I accepted the same. The conversation started with a bit of introduction. She asked me if I was married. I answered with a 'No' and told her that I was studying in a college. She told me that she was married and had a two-year-old kid. I said 'okay' to that but was still unsure about why she was there in the chatroom.

I asked her if she would like to play a word game, to which she denied. Genuinely speaking, I felt irritated when she said a 'No' to my wordplay request, and I lost my interest in talking to her. "I have some work to do, will chat with you later," I lied and logged off.

The next day, same time, I received a 'Hi' message from her. I was still not very keen to chat with her, but I replied with a 'Hi' back. "What's up with you?" I generally asked. "My husband has gone out on a business trip for a couple of days, and my kid is with his grandmother, who lives nearby," she informed me. I said, "Okay," still with a deep desire to ask her what she was looking for in that chatroom.

"Since how long have you been married?" I asked her instead. She said, "For about 10 years now". Call it my immature behavior or whatever, I asked her, "What are you doing here in the chat room, I mean, don't you feel like going to your kid and spending time with him, rather than chatting." "My kid is with his grandmother, and I wanted to speak with someone, that is why I thought of joining the chat room," she replied.

I don't know why, but that statement of hers made me feel like she wanted to discuss something with someone anonymous.

I refrained from saying or asking anything other than an 'okay'. "Shall I tell you something," she asked. I replied with a 'Yes' quickly. She said, "When you get married, try not to let someone else come in between your sex life." "Why would I ever let someone come in between my sex life?" I asked with a bit of rage in my message.

"There are people who do it. I am telling you from my own experience," she answered. I exclaimed, "What? Does your husband have an extramarital affair?" In that phase of life, having an extramarital affair was a big thing for me, but what she said next gave me a bizarre feeling. "My husband calls his friends both male and female at times, to have sex," she said. I then asked her, "And why is that? Where are you when he does that? Why don't you stop him?" I literally bombarded her with questions like these after what she'd said.

She replied, "I guess you did not understand what I meant. I meant that my husband calls his friends so that we could have sex together."

I was shocked to my core. For an 18-year-old female, who had never discussed sex with anybody, and a stranger talking and telling her this, it was a shock for me. I was unable to understand what to ask her next. I cannot explain my feelings, but they were strange.

So many questions running in my mind and I could not ask anything. None of us typed anything for the next five minutes. I know the reason why I did not, but after about 15 years, I might understand why she did not.

After some time, I messaged her, asking, "Are you okay with it?" She replied, "After 2-3 years of marriage, things were going perfectly fine between us, but then my husband started feeling bored. Bored with having sex. Tired of the monotonous sex life. He kept on telling me that he wanted to try something different. Something new. Once he said to me that his friends do this, and he would love me more if I also did that. He was very excited to get into the wives' swap. With his repeated pressure, and more importantly, the desire of making him happy, made me accept his requests. It has been 5 years now since we've been into this."

"But you cannot make someone use you for his own desires. You are not an object. You should have denied it if you did not wish to," I said. She replied, "You will come to understand this when you would be married, and your marriage would have also crossed 4-5 years. When you'd also like to give your husband pleasure in new ways. You'd also agree to do something like this if he asks for it, just to make him feel happy. I love him, and I want him to love me back in the same way. He never forced anything on me."

Saying this, she logged off and never logged in with that ID ever again, and I sit here as a 33-year-old female, still wondering if she was right. Whether some marriages need excitement throughout, through sex. Whether in some marriages, emotions, and one-man or one-woman are not enough.

The author has put it so brilliantly - sometimes, all you need is to tell a stranger your story anonymously.

So, tell us, what's your #TheSwap story (anonymously or not) and stand a chance to win an exciting hamper from HarperCollins India!

After All Love Is About Two Souls