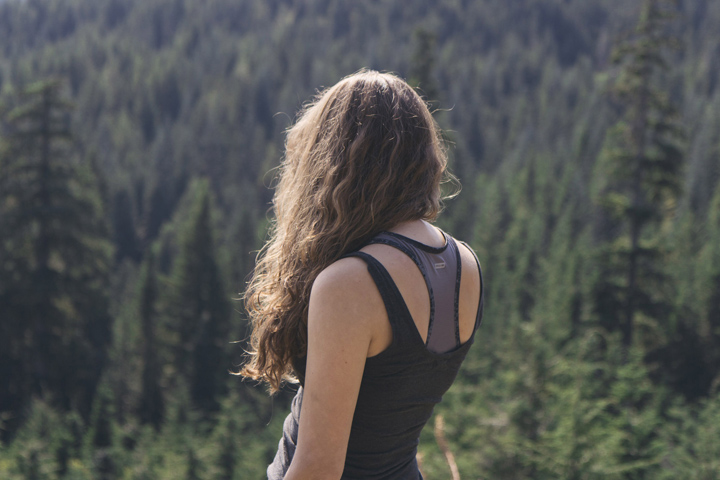 I am a normal girl from Delhi. I’ve separated from my husband. My husband decided to divorce me after 15 months of our marriage because they got my medical file which was 10 years old which stated that I had tuberculosis back then. It got completely cured in exactly six months (in 2007) and I have medical proof too.

My in-laws warned my parents that they’d give my reports to all my relatives if I didn’t separate from my husband. The shocking part was that my husband didn’t speak a word to support me. I don't regret being separated as I had my own reasons to leave him. We had an arranged marriage. For all the time we had been married, I wasn’t happy. For me love was important and I believed that comes from respect for each other.

We could not consummate our marriage. Initially, I never felt the need and neither did he. But later he blamed me in front of his family. He used to discuss our sexual life with his parents. He told them that, “Isko Pain Hota Hai”.

How could I respect him after that? My father-in-law questioned our bedroom life. He actually asked me, “What position do you guys try”. He even suggested some oils and said that was of great use. This wasn’t enough. He continued, “Ask him to stand here”. He literally showed me one position.

I felt disgusted. I wanted to escape. I did not feel like getting intimate with him anymore. And then this became their favourite topic of discussion. Every day they used to talk about how to improve my sexual life.

Even after so much humiliation, I wanted to save my marriage. I couldn’t hurt my parents. I surrendered several times. Neither did he know the positions nor did he make me feel comfortable. His father gave him some tablets to improve his strength. I thought that after some time this would end. But there was more to come.

Every morning my mother-in-law had one question to ask, “Kitna gaya”? Sometimes even this wasn’t enough. She even asked me about the positions, “Kaise lette ho”? Once she said, “Usko bolo muuh band karre aur kar de”.

I was getting depressed. I visited a psychiatrist too. I asked my husband to come along with me to which he replied, “Pagal toh tu hai, tu jaa”. I did not like the environment of that house. They all used to fight a lot. For the time I was there, everyone had tried to leave the house, at least once. His dad tried leaving the house several times. Even his mom used to go out of the house during afternoons, after removing all her jewellery and without combing her hair.

According to his mom, her husband had another family to take care of. One day, she told me everything about it. This came as another shock to me. When I tried discussing this with my husband, he shouted at me and said that was not true. Next time when his mom said the same things again, out of depression, I recorded them so that I can show him, but couldn't gather courage to raise this topic in his family.

I felt all this was quite abnormal and could not adjust in the house. This is how my personal life was. Professionally, I was an ambitious girl. I had my own dreams. I was a gold medalist from a renowned college of Delhi. I wanted to pursue my dreams (which they agreed when I met the family for the first time) and did not even want any money from them to start. I had savings that I got from my relatives after our marriage (which was close to 6 lacs and they took even that saying they will return, but they never did).

My in-laws said, “Tu kaam par nahi jaayegi, ego aa jayyegi. Time paas hi toh karna hai naa, Apne pati ki madad kar.” I begged them but they didn’t listen. My husband told me to get orders for his company. In fact his mom used to say, I should go for all the meetings because I'll be able to convert it sooner than her son.

One day, while I was trying to get orders, someone from the company, started flirting with me. I told this to my husband. His reaction was "corporate mein toh sab aise hi hote hai, you concentrate on getting orders!" I felt so upset. I expected him to react on this. That day I gave up on everything and decided to part ways.

They still have my medical files. My husband is already seeing other girls for his second marriage. It’s not been even six months to our divorce. They show my medical files to the girl’s family to prove that his son was innocent and he is the perfect match for their daughter.

When I look back now, I feel free and lucky enough to have come out of that mess. I feel more confident. I have a wonderful job. I’m learning new things. Also I am pursuing my own work that I've always wanted to do. On Sundays I teach kids to keep myself occupied. I'm almost 27 and right now I don't have any plans to get married again any sooner.

But there are times, when society bogs you down and that make you uncomfortable. My mother gets calls from her acquaintances that this is what they are showing to prospective families! I feel sick and depressed. Our families decided that no one will say bad things about each other. I never said a word against him, not even to my friends. I did this to maintain my peace of mind. I always say we were not compatible enough to make our marriage work. I feel so helpless right now! I don't want to get into the dirt and spoil my calm, which I have attained after so long. My parents have been extremely kind and supportive but the society for no reason tries to intervene!

I wanted to save my marriage and tried hard too. But when I look back now, I realize that separation was the best thing that could happen to us. Be that as it may, things could have ended on a better note.

There are thousands of girls who face such humiliation everyday. Sometimes it is better to come out of a relationship when your partner isn't making efforts to maintain it. Share this story so that every single such young lady feels motivated.

Here's The Story Of My Lost Love Adventure