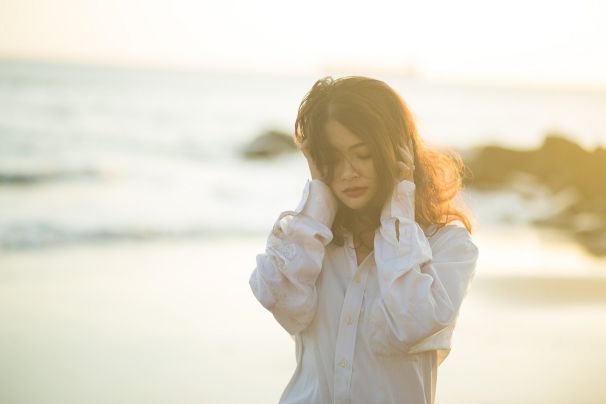 I never thought I would be sharing this story with anyone.

I have a distant cousin. We were not close in the initial years of my life as he was one from my maternal side and we lived really far from each other.

I was 18 and he was 2 years older than me. Both of us were going through our first breakups with our teenage love and were upset. That’s when we started to bond and became closer.

I trusted him blindly and called him my best friend.

We met at a family function in his house. We were alone in the terrace and he asked me for a hug. Living in a family with modern thoughts, I had no problem in hugging him. I hugged him and he suddenly started kissing me on my lips. I retorted, I knew it was wrong but I was going to a breakup phase so it made me weak. I couldn’t say no firmly.

He said, “Meri feelings galat nai hai”. That made me gave in completely.

We became more than friends and turned into lovers.

The functions continued for 2 more days, but since it was crowded with relatives and guests, we couldn’t find some alone time. But only looking at each other, even in public, made us happy.

The function got over and I returned home. Almost after a week, he broke up with me. He patched up with his ex-girlfriend again. I cried a lot but never complained. I left my town for my higher education and started living in a hostel in another city.

He again broke up with his girlfriend this time, and to fill up his void, he talked to me daily.

We were not lovers anymore but in the name of best friends, we had sex chats and at that time, I trusted him so blindly that I didn’t realise what I was doing was not right.

I used to think that he would never ditch me. He cared about me and would never think of doing anything wrong to me. But I was all wrong.

Every relationship has a bad phase. The same thing happened to ours. We had fights and trust issues just like every other relationship but I still believed that he would never leave me.

I had even shared my nude photos and allowed him to do everything. I trusted him to be a good soul as I knew him so closely. But sometimes, they prove you wrong.

Due to the fights, he blocked me from everywhere. I tried every way to convince him but I couldn't. In fact, I am still trying. I want him back in my life. Not as my boyfriend or lover but I miss my best friend more.

I want to clear out everything with him and solve every fight we had. I want my best friend back.

But he still treats me like his slave. He will talk only when he wants to.

I have even tried to take help of my friends but all in vain. I truly wish if anyone can help me here.

I only have a question to ask - "What will you choose, love or self-respect?" If you know the answer, you already know what to do next. Share this story across and let's see what people would choose.