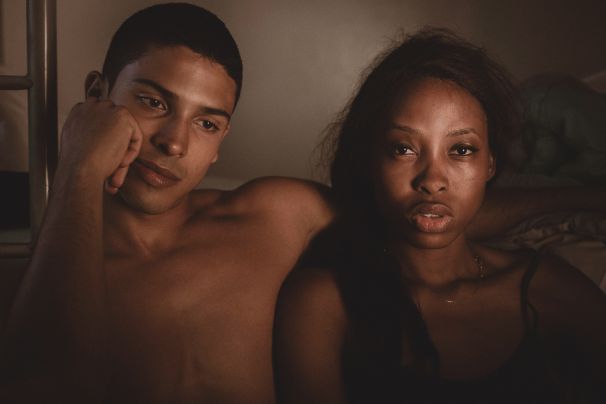 Of all the basic fields women have been facing discrimination in, sex is the biggest one. They have been denied orgasm and are facing orgasm inequality. The reasons may be so many, including naming dominance (this deserves its own article) and lack of knowledge (it's high time you got your sex education). I haven’t seen many people talk about this. So here I am trying to say a few things which can't be held back any more!

For the 21st century, it's too late for a 21-year-old to hear the word 'orgasm' for the first time. But I was that unfortunate Indian fellow who did at that age. Since then, I've been pre-gaming my PhD in Orgasm Studies.

So much research I did- What’s an orgasm? Wait, there are different types of orgasms!! How to get an orgasm??!! How to give an orgasm? Woah! Multiple orgasms are a thing?! Well, tbh, the most important thing. These are the important questions to ask yourself and do some basic as well as thorough research. It takes only seconds for men to orgasm and whereas regarding women...

I was shocked to learn that it takes______(no answer) for women to orgasm. GOD is to blame for that... but no good comes from blaming an imaginary character. Instead, learning how to give an orgasm can do you wonders.

On the land of Kamasutra, most men only care about Kama and have completely ignored the Sutra. Sutra is more important, you guys!

So men usually have a great impression of themselves that when they orgasm, their partner also orgasms. Yeah, I know, it's extremely silly and hilarious.

See, that’s how ignorant people can be

Here’s a metaphorical conversation from the sitcom F.R.I.E.N.D.S for those who don’t watch it.

Monica: What you guys don’t understand is, for us kissing is as important as any part of it.
Joey: Yeah, right! (sarcastic tone)...Wait, seriously???!!
Phoebe: Yeah absolutely.
Chandler: I think for us, kissing is like an opening act, you know? I mean it’s like the standup comedian you have to sit through before Pink Floyd comes out.
Ross: And it’s not that we don’t like the comedian, it’s that that’s not why we bought the ticket.
Chandler: the problem is, though, after the concert’s over, no matter how great the show was, you girls are always looking for the comedian again.

Rachel: Yeah, well, word of advice: Bring back the comedian. Otherwise, next time you are gonna find yourself sitting at home, listening to that album alone.
Here we compare kissing to foreplay which is the key to orgasm and whatever else works for your woman.

Another conversation.
Monica: So, did you do it??
Chandler: Yeah, yeah we had sex. (sad tone)
Monica: Oh, was it bad??
Chandler: It was fine, you know, but she didn’t agree with me as strongly as she agreed with Joey (his friend and her ex).
She was more like, yeah I see your point... it’s alright.
Monica: It was your first time. There’s not always a lot of agreement the first time.
Rachel: Yeah, not for girls anyway, guys agree just like that (in a blink).
Chandler: Look, you have to help me. I know what to do with a woman, you know. I know where everything goes it’s always nice. But I need to know what makes it go from nice to "Oh my god! Somebody’s killing her in there."

Monica: Alright! I am gonna show you something a lot of guys don’t know.
(Takes a paper and a pen and draws a sketch of woman's body) Now, everybody knows the basic erogenous zones. You got one, two, three, four, (Chandler’s expression changes to shock) five, six and seven.
Chandler: There’s seven (in utter shock)?
Monica: Okay! Now, most guys will hit one, two, three and go to seven and set up camp.
Chandler: Well, that’s bad?
Rachel: Well, if you go to Disney land, you don’t spend the whole day on the Matterhorn.
Monica: Alright, the important thing is to take your time, you want to hit them all (erogenous zones) and you want to mix them up and you want to keep them on the toes.

Chandler is actually most men.

After watching this, I was like WTF!! and I researched the 7 erogenous zones and WOW!! It’s good to know about those

I laughed while watching the episode and learned something out of it. That’s how good F.R.I.E.N.D.S is. Best sitcom ever.

Where does that leave women? If that’s what she is going to get, then why does she need a man for that??
If you can’t give pleasure and orgasm to your woman, you don’t deserve to have sex. Women have emotional and physical needs too, you know?

This is the sex education you are missing in life. Nobody teaches men and women how to speak the language of pleasure.

Men usually don’t check on their woman during sex. Like if they are ok, or what they want, or what they like during the process. Did she really have an orgasm? It's anyone's guess.

In my personal experience, when I ask women (who have had some sexual experience) if they've experienced an orgasm, the answer is, "No." And it's not even fun for them. Then what's the point of having sex for a woman? It’s like drinking without getting high. Time waste and money waste.

Every time I have sex, I make sure my woman has an orgasm. You have to search for pleasure in giving pleasure to your woman. What I have learned is that sex is not only about intercourse. It’s a process of different things. Most women don’t orgasm through intercourse because obviously most men don’t last that long.  So, you have to learn different ways like Monica in F.R.I.E.N.D.S said. You always have Google. Use it. Do research on how to make her go wild or how to make her orgasm or so many other things.

Don’t make your woman wait for an orgasm.

By the way, giving pleasure for some time and having an orgasm are two different things. You can’t just give pleasure for some time with whatever little you know and leave her without an orgasm. It’s like waiting for a check of 1 crore rupees and when you finally got the check, your dog ate it. Now you have to wait for the next check. Tragic!

I recently had a conversation with a divorced woman. She was married for 2 years and had never had an orgasm (not the reason for divorce though it should be). She tells me that all her ex-husband knew was sexual intercourse in missionary position.

She was always denied orgasm and was never satisfied with the sex. Only hope and optimism made her go back each time, only to get disappointed.

Stories like these are unlimited. Each story in one or other way tells the same. ORGASM INEQUALITY.

So bro, for the love of God, please keep bhabhi happy.

Because if she is happy in bed, you can be too in unimaginable ways.  At least this is in your hands. So try your best to solve her problem of orgasm denial and inequality. The first time I had sex, I didn’t give her an orgasm due to over-excitement and confusion.

And having learned about how they feel before that only, I felt so bad and guilty that I didn’t make her orgasm and she was really sweet to comfort me and the next time we did it, I successfully gave her orgasms and I was so much satisfied.
And then there’s no looking back.

So guys don’t just have pleasure and orgasm alone. Give it too. Giving is also a pleasure. But if you continue to be a jackass about it, it gives us all a bad name. Come on bro, the respect of "Indian men" on the internet is at stake here!

Orgasm inequality has never been a point of conversation. In our country, men find it unnecessary to talk about it and women don't speak up about their bare necessities (orgasms being one of it).

A man put up with a challenge of being in the embrace of woman wants and satisfies her while being excited, is not something we go around discussing.

Agreed, attaining nirvana feels through sex is different for men and women. And as highlighted by the writer, it is a mix of undereducation, ignorance and patriarchy that had contributed to this inequality in bed.

For every man intending to keep his woman close and satisfied, I'd suggest that the shackles of awkwardness have to be broken and the poetry of lovemaking between the both of you flow like the river itself and surrender unto the ocean of togetherness.

I have loved, I have fallen short, but I have had a woman understand and walk me through the journey of her desires and needs.

In the meanwhile making me think she is the open door to the vastness of my Kundalini.

Remember without the Shakti, the Shiva is incomplete- as is our life. Give her what she deserves as she will guide you to all nooks and corners of your life when her wishes are fulfilled. You will be One, You will be infinity.

[From the Guest Editor's Desk]