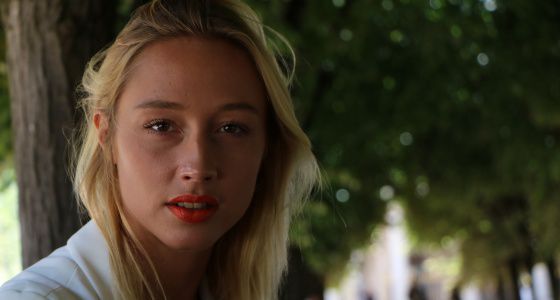 I was in the last year of my graduation. I had never been in a relationship before because I never liked to be in a cage. But during the initial days of my final year I met a guy on Instagram. He was very cute and good looking.

One day he started flirting with me. I just took it lightly because he was better than me in looks. I started developing a crush on him. I started liking him but never said anything because I did not want to get hurt.

One evening, the day I was waiting for finally came. Yes, he finally proposed to me and I was on cloud 7. But I took some time to say “Yes” because this was happening for the first time in my life and I did not know what to do.

After a few days I said “Yes” to him and we exchanged our numbers. We used to talk for the whole day. I was literally going mad on him but acted normally while talking to him.

My sisters advised me to say “Yes” and take a risk. We finally had our first date on 6th August 2016. I can never ever forget this date. We met in the famous restaurant Bhaijaanzz. We decided to meet at 11 in the morning. He was on time. He used to stay in Mulund and I was from Bandra. It was a long distance relationship.

When I saw him ‘live’, I was literally shocked. He was so cute. The first thing he said to me was, “Yes, I am the one with whom you used to talk.” I was on silent mode.

He ordered a hukkah, my all time favourite. He was just going on with his talk but I didn’t say a word. He said everything about his past though I never asked him about it.

Then we went to Carter road. He wanted me to sit with him on his Bullet. But I refused because it was my first meeting with a stranger. So I went by rickshaw and he came with his bike.

We sat there for hours and clicked some selfies. We left after spending some together because I wanted to go for my classes. We now used to video chat with each other.

I really loved him but I was not sure about him. So I kept a little distance. He used to call me to meet him but every time I used to say, “I’m busy. I have my college and classes.”

In 6 months of our relationship, I met him only 5 or 6 times. Sometimes he used to come to Bandra. Sometimes I used to go to Mulund. We went for movies, lunch, hukkah or shopping.

I really liked his company but I always had a doubt that he was cheating me. He used to talk to me in such a way that I used to melt.

One day, our college friends planned a trip to Matheran. He insisted that he also wanted to join us. I agreed. We were three couples and the rest of them were our friends.

We were like a normal couple. We had broken up many times but he used to come first after a break up. He used to say sorry and again I used to melt. We really enjoyed ourselves in Matheran. It was like a dream come true. We were away from family and I was with friends and with my love ♡.

Little did I know that it would be my last trip with him. We had booked rooms in a hotel. Everyone went to their rooms to freshen up. Then we met for lunch and in the evening we left to see all the points. We really enjoyed ourselves and I was happy because the love of my life was with me.

He was taking so much care of me. I started falling more and more in love with him. He was pampering me so much. I was tired and my slippers tore. He bought new shoes for me. I was very happy with my beautiful relationship. I did not know it was going to get over soon.

We then went to our room to spend some quality time. Every time he used to come close to me I used to say “No” because I wanted all that to happen after marriage.

But that evening he asked me for something that I never expected. I was just shattered. I said a big “No” but he was becoming emotional. He started doing emotional drama but I was in control. I knew my limits. He didn’t say anything directly. But what he said was something like this, “Mai tumhe puri tarah se apna banana chahta hu.” But I said a big “No” because I knew my limits.

We were having a DJ night in the hotel so I just got up and went out. We both went normally and enjoyed the DJ night. Till the next day we were normal. But I found some sudden changes in behaviour in him.

I didn’t want to beg in front of him so I also ignored him. But it was the worst thing that I had ever expected from my boy friend. Then we left for home and after that we just spoke about that. But after that day I didn’t see his face.

Now I am an independent girl, working and living a happy life. But because of him I am not able to trust anyone. He was the first person that I loved so much and this is what he did to me.  After that many other boys proposed to me but after he left me, it is like I cannot trust anyone anymore.

I have read many stories on AkkarBakkar and learnt many things. I want everyone to read this. Please girls, don’t trust boys easily if they start coming close to you from the very first day. If you don’t want it, let him go and save your life. It’s true. I haven’t forgotten him till now but I have to move on for my sake.

There is more to true love than just wining, dining and making merry. Share this story so that all the girls and boys out there understand this.