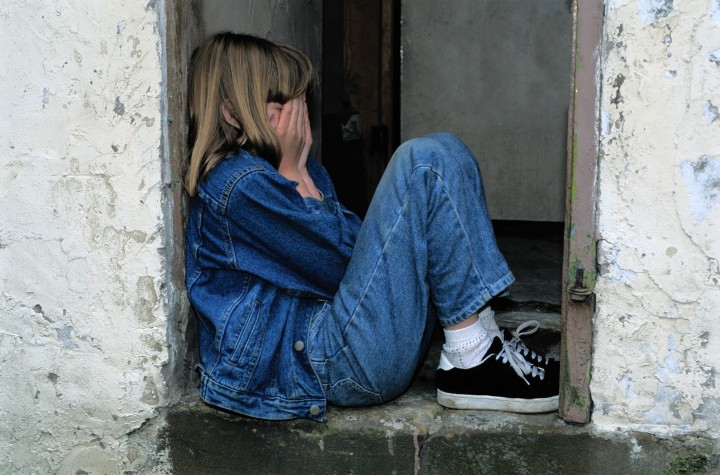 My parents got divorced when I was just 1 year old.

My mom started suffering from depression soon after the divorce. According to my dad, she was already a crack head before divorce which was one of the the reasons he wanted to give her a divorce as they were not compatible. He fought for me in court to get my custody but then most of the times the judgement goes in mother's favour.

Now we are staying with my mama and mami. My grandmother (naani), was quite ill so we admitted her in the hospital. I went to the hospital to see her. I made a friend there as hospital is not a very interesting place for kids.

One day she did not come to play as it was her last day in the hospital. Her Nanaji was admitted and we were going to get discharged.

Now, I was alone and I was just wandering in the hospital. I was sitting in a chair. I almost explored the entire hospital and now was thinking what to do.

There I saw this older boy who had come for some checkup. He politely asked me about myself and I answered all the questions he asked me. After that he told me that he has some toy with him which he can give me because it is upstairs on the terrace. I asked him where is this toy and he told me, come it's upstairs. I was quite confused and I told him "bhaiya I went upstairs and I saw no toy there". He assured me and took me to terrace.

I was a curious 5 year old kid. I went upstairs and he told me that you be at the other side of the terrace I am coming with the toy. I waited for like 2-3 minutes and became impatient. I went to see on the other side of the terrace that what exactly is going on. And what I saw horrified me to an extent that I screamed and ran away. He ran behind me but I was swift enough to came down from the terrace. He almost grabbed me but I got saved that day and silently hid in my Grandmother's ward. I was scared to death that day.

Share this story because these experiences are real and people need to know what to protect their children against.

I Often Tell Karan, "You Could've Saved Us So Much Time"

BAKKAR. CHAI. SUTTA
POEM
LIFE IN THE TIMES OF CORONA
YOURS GEEKLY
YOUR STORY
LET'S FACE IT