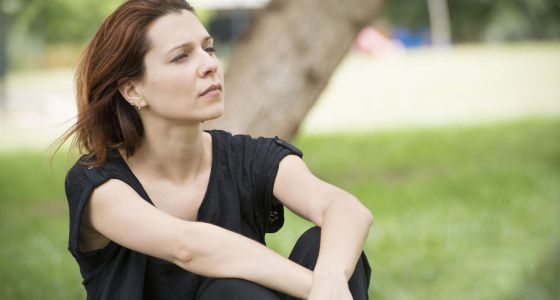 He belonged to the same town as me. Though we never met, we were friends on Facebook. We had many mutual friends too. His past record with girls wasn’t pleasant.

Everyone knew that he was a womanizer who had a long list of girlfriends.

He had casual sex with any woman who would say yes to him. I knew everything about his personality and I chose to keep a distance from him.

Things changed when I moved to Delhi for my internship. I checked-in on Facebook and almost immediately, he messaged me, "Hey, you're in Delhi and you didn’t even tell me."

I replied back informing him that I was in the city for a month for my internship. He asked me to meet him and I said I would though I had no intentions of meeting him.

Due to my past relationships, I had lost interest and faith in the idea of love. I had casually dated a few people but nothing more than that.

I wasn't interested in any kind of a relationship.

We had a few drinks and talked about many things from his work to our mutual friends and his long list of girlfriends and women he had had sex with. After the drinks, we went for a small walk. Both of us were slightly tipsy.

Suddenly, he proposed to me. I couldn’t help laughing and said, "You're drunk!" He replied that he wasn’t drunk and he truly wanted me to be his girlfriend.

He confessed that he found me hot and smart.

We kissed in the middle of the road and it was the best kiss of my life.

Later that night, he messaged me to know if I’d enjoyed our meeting. I had and so, we decided to meet the next day as well. I went to his place for lunch. We were watching a movie when he proposed to me for the second time. Once again, I refused.

However, we ended up kissing. And it didn’t stop at that. We had sex too. Yet again, he asked me to be his girlfriend. I was against the idea. I said, “You’ll be with me as long as I’m in Delhi. Once I leave, there will be some other girl.”

I told him that we should just have fun and move on.

He kept insisting even when I didn’t want to get dragged into a relationship. The next day we decided to spend the night together at his place. That night we had sex and he proposed to me for the millionth time. Ultimately, I accepted his proposal.

Things were going fine although there were times when he would act weird.

He would randomly ignore my calls and messages. Soon, my internship got over and I came back to my hometown. He too came home for a small vacation. We continued talking over the phone almost every day. Suddenly, he stopped taking my calls and replying to my messages for a stretch of 3 days.

I assumed that he had broken up with me without bothering to inform me.

Then one night, he called me and found my phone busy. He got furious and I couldn’t understand why! He was the one who had been ignoring me. However, we talked and patched things up. We met the next day as he was leaving for Delhi.

After he left, I too started applying for jobs in Delhi because I wanted to be with him. We had planned to move in together.

Gradually, his actions started making me suspicious. A girl whom I’d never heard of started visiting his place regularly. When I asked him, he said that she was just a friend.

I was sure that there was something more to their relationship.

Whenever she was around, he spoke to me formally like we were just friends. Yet, I chose to ignore all my doubts and trusted him until, one day, my worst fears came true. He blocked me on every social media platform. He didn’t answer my repeated calls and simply dropped me a text saying, “I am ending everything.”

He did not give me any explanation or justification for breaking up with me.

I feel like a slut whom he used for his pleasure. He broke my trust. I didn’t want a relationship but he convinced me. And when I fell in love with him, he broke my heart.

I really loved him and I always will.

If you're reading this, I want to tell you that I will love you forever and if I can’t be with you, I will never be with anyone.

Why do we let our hearts get fooled even when the truth is always before our eyes? Why do we give someone else the power to break our precious heart? Let's share this story because love that hurts is not true love. Maybe it's time to open your eyes, face the truth and move on.