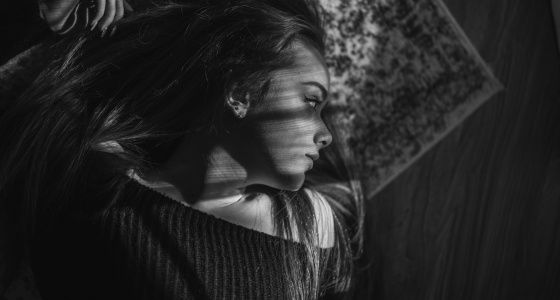 Maybe if I tell this story as if it's happening to another girl, I can tell at least one part of it completely. Will you stay with me until the end?

This is the story of a hyperactive girl. She's an all-rounder. A middle-class family's dream. She's great at academics and sports, and she looks like the happiest kid in the world. That's probably why she was attracting such evil attention.

When she was 7, her uncle sexually assaulted her. She was so young that she didn't know what as happening, and she didn't speak about it with anyone. But gradually, she realized that something was going wrong.

When she was 12, her other uncle assaulted her the same way.

When the perpetrator was her father's own brother, whom could she share that with? How was she going to find the words to say it?

She would hide from him instead.

But when she turned 14, her cousin did the same thing to her again. And she continued to defend herself the only way she knew- hiding from them. Sometimes she would think "Why only me?", were other relatives and neighbours facing the same thing? If not, was something wrong with her? And every day, she had to continue seeing their faces and be their nice little niece or sister. All the while, she would painfully remember what they did to her. She couldn't escape it. The image would flash in her head, she'd play it over and over and think of what she could have said or done to have stopped it. Sometimes she would fantasize, "If that hadn't happened, then my life would have been like this."

As she grew older, one uncle changed the way he behaved, afraid that she might say something. But the others continued to be just the same. However good she was at her studies, she suffered throughout her childhood years and nobody even noticed.

School days were finally over and she joined B.Tech with the hope of starting a fresh life. The people at home were the same, but life had the chance of being different. She enjoyed going to college and enjoyed the challenges it brought her. In her second year, a boy in her class was competitive and critical with her, but they soon became best friends. As the months passed by, they grew closer. There was something between them that was more than just friendship. One day, he took her home and said, "This is your future home."

Like any relationship, they had their ups and downs. He would sometimes make her happy, and sometimes just avoid her. For the next 8 years, they had a bumpy ride, but they were at least together.

Recently, he got married to some other girl of his own caste. She would try not to think of him, but she couldn't. She would see updates on Facebook and her heart would break.

Meanwhile, she met someone at her workplace. He was intelligent and obviously, she admired him. There was a little bubble of happiness inside her that grew and grew until... she found out that he was married and had a kid. Her bubble burst. How could someone be the same age as her and be married already? And why was he falling in love with her, or letting her fall in love with him?

So many confusions in a girl's mind. And worst of all, his wife knew about this, and cared for her.