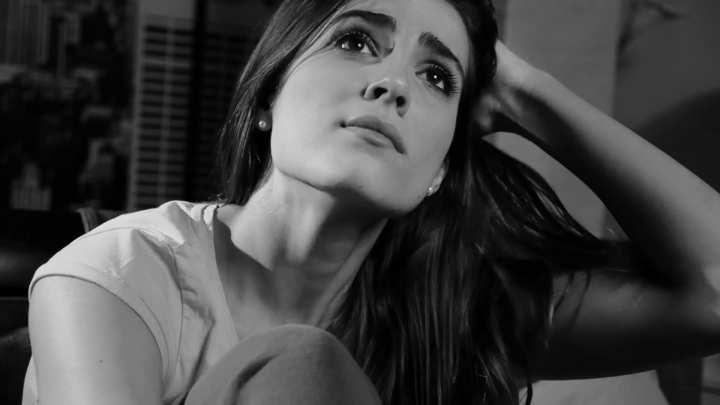 I was in my 12th standard when I had a breakup and that’s why I used to stay sad. But soon enough, I got close to my classmate Mohit and started treating him as my best friend. We were addicted to each other. The whole class teased us.

We were very close friends and he even introduced me to one of his close friends named Raj. In a short span, he became close to me too. Raj used to treat me like his sister and he was a brotherly figure to me.

He had a fight with his gang including Mohit and he was no longer a part of their group.

He was all alone, so I went to him and asked him to join me and friends for lunch every day. He was very happy and eventually, we got closer. People used to think we were brother and sister in real. He didn’t like Mohit much.

When Mohit saw me spending more time with Raj, he asked me to not to talk to him. I told Raj about it and so he asked me to block him. But how could I have blocked Mohit? I had a special feeling for him.

Days passed by and the hatred between them grew stronger. I had to choose one and so I went with Raj because I believe that a brother is always important than friends.

Exams were close and Raj asked me to be careful as he got to know that Mohit had planned to beat him up. The moment I heard such things about Mohit, I blocked him from my social media accounts and also from my life.

Then one day, I got a message from a random account on Facebook threatening me that if I didn’t reply to it, then the person would beat Raj up. I immediately blocked the account and informed my brother about it. But it still continued.

The next day I got a message from another account – “B****, don’t block me or Raj won’t be there for you anymore.”

I showed these messages to him and we came to the conclusion that it was Mohit behind that fake account. I told the whole college about it and so Mohit got a bad name. He had no place to hide his face.

But I continued to chat with the fake account because Raj said that he would ask his brother to track the account and find out who it really belonged to. So I used to reply to the account without any interest.

He even sent me vulgar pictures and made me select one. Then he used to describe the picture referring it as me and him.

It was getting horrible to handle. I wasn’t able to do it anymore. I was very innocent back then and I was new to all of these things. So I told my brother that I can’t do this anymore but then he convinced me to continue for few more days as his brother needed more time. I continued texting that fake account and it was all for my brother.

One day, that person from fake account asked me for my nudes and told me that if I did not send him then he would kill my brother. At the same time, he used to send pictures of his own private parts to me.

I had never seen it before. It was getting disgusting for me. I was having trouble sleeping at night. The only thing I did at night was shed tears. It was a mental torture for me. Even though I wasn’t getting raped physically but I got raped mentally.

It was too much for me to bear so I handed my account password to him, and asked him to text the fake account on behalf of me.

But he refused but eventually, he understood my problem so he agreed. He started texting that stranger from my account and this went on for few days. I stopped coming online on FB as I didn’t want to see the conversation with that fake account. I prayed to God to show me some way, to make it stop.

I opened my FB account and started reading the conversations right from the top from where I had left. I found out whom that fake account belonged to.

It was the same person who was texting using my account to that fake account. There was a message from the fake account that read, “Please leave my sister alone” and later the same message was sent from my account too. Clearly, a single person was not able to handle both the account from the same phone and he got all confused. I understood that it was my so-called fake brother who played with me and tortured me mentally.

I fought with him and warned him not to dare pull something like this again. I unveiled the true face of Raj in front of everyone. Thereafter, he changed his number and didn’t even share it with anyone.

I was happy that I got to know the truth but I was equally sad. I lost a good friend because of him. I hope I get him back and things get back like before.

I still miss you, Mohit.

Sexual harassment is a heinous crime and we shouldn't stay shut about it. Share this story if you agree that she should report him to the authorities.