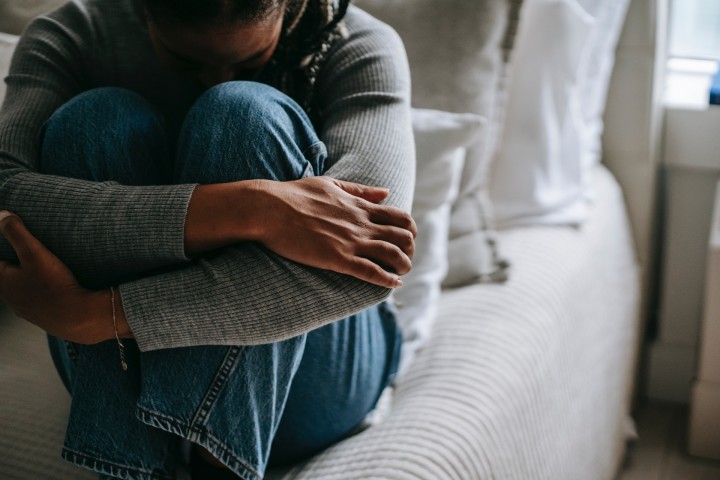 This story of mine is pathetic.

What I have gone through in my life, just thinking of this gives me unstoppable tears and I ask god why u did it to me? What's my fault?

I belong to a very middle class family of 4 siblings. My father couldn't afford to pay dowry. I just graduated and wanted to study further but due to lack of affordability couldn't pursue. By the time my father got a rishta of a dumb boy with good financial background and accepted, I was not ready to accept as he was just a school dropper guy but my father asked me what am I going to do with his study when they are rich people.

They will provide me with all the good stuff and food. What else do I want? Half heartedly, I got married.  We never even loved each other. I did my life's biggest mistake. I was a mere object to fuck everyday and help in his household chores n look after his big joint family.

In the meantime, I became a mother of 2 kids. Life went on. Then suddenly,  things changed. I was introduced to the world of internet and computers. I learnt all and tried to teach him also but he was not able to learn any thing with his dumb mind and was busy with useless things. He never ever worked to do anything, except shouting and abusing me.

Then one day, one strange thing happened which I had never ever thought in my wildest dream. I was searching my social media site and just saw a popup message In my message box, which changed my entire life.

Some army guy had appreciated me n my looks after seeing my profile .which was a soothing,  wonderful experience for me. This is how we became friends n every day he wrote me 3 or 4 times, such long mails. He introduced me to so many things around the world. He stole my heart and I became his slave.

We used to chat for hours on so many topics. I don't know how I fell for him but he made a very special place in my heart. I was ready to do any thing for him. Sometimes, I asked why are you liking me. I am married with 2 kids. But, he introduced to me the concept of soulmates and twin souls. Those who are born not to meet but attract each other and many more .

You won't believe, I was ready to leave everything for him. I started begging him to take me from here and once he specially came to see me from far away from Nagaland where he was posted. I started dying to see him. Then all of a sudden he told me his father was suffering with cancer and he required help for the treatment and I helped him out of the way from my savings.

After some time, he started ignoring me. I was wondering why. Then he called me in Delhi, and told me our friendship has no meaning. We can't meet because I am elder than him. He behaved so rudely,  which I had never expected from an army officer of colonel rank.

I was shattered, and cried a lot. One bad day, he vanished.  I became his slave. I can't think of a life without him. Still heartbroken and waiting for him. I have so many questions.

I am still waiting..  please Aman talk to me ..

Share this story because while listening to your heart is important, your brain needs to be present at all times as well.

He’s 45, I’m 27. He’s In A Polyamorous Marriage And I Just Broke My Engagement: This Is Our Story