I grew up at a place where marriage should have been my ultimate dream and I had accepted my fate until I found myself doing something I could've never imagined pursuing in my life.

I am Rosaline Bankira and this is my story. I was born to Syam Sunder Bankira and Moti Bankira in the Patrasahi village of Ranipokri Gram Panchayat, Kaptipada Block, Mayurbanj district, Odisha. I’m sure you haven’t heard of my village. Yes it is quite remote, tucked away in one corner of this huge country. I study in the sixth standard and I live with my family – just like any other girl my age. Right?

Last year, I dropped out of school. Because the cattle had to be reared and household chores had to be tended to. And of course, these things were much more important than me going to school. You see, in poor families like ours, school is seen as a luxury. Especially for girls.

In my village, they say that all girls do or should do is grow up and get married, drowning the family into dowry. So I was mentally prepared for such a life, and honestly, it didn’t seem odd to me. This is what happened to all my friends, this is what happened to my sister. It’s normal. But life had other plans for me. Plans that were far from what's deemed 'normal' in my village.

You see whenever I took the cattle out for grazing, I had to keep running behind them so that I didn’t lose them. One such day, I remember having to speed behind a calf that would have otherwise run far far away. After a long chase, I brought it back to the herd. You’d think I was exhausted but surprisingly, I wasn’t. I felt something that I had never felt before. I fell in love that day.

While I was running after the speedy calf, I realised that running was the only thing I liked about my daily routine.

My elder sister also had a child marriage but she did not like the idea of it. She wanted me to do what she could not. She wanted me to learn from her experience and so she took me with her and got me admission in the fifth standard of the Patrasahi School.

She fought with everyone who disagreed with her and because of her confidence in me, my life changed.

My school had an extracurricular period that compelled me to follow my dream. My teachers found my ability to sprint amazing. They encouraged me at every step to take part in athletic activities. They groomed me and made me practice harder. And guess what, that very year, I went on to win both 200 m and 400 m race on sports day.

Everyone was so proud of me when I represented my school at the Block level sports competition in 2015 and won. I also participated in the District level Marathon and ended up winning 4 medals in the athletic events at the district level Champions Trophy. I made my school and my village very proud, I had done the inevitable — being a girl, racing my way out.

If my sister had not insisted, I would have spent my life running behind the herd. She attended a meeting in her neighbourhood, and it changed not hers but my life. I want to represent my school at the State Levels now. And yes, I want to keep running.

I want to reach a point where no one ever has the guts to say that all girls do is grow up and get married, drowning the family into dowry. That’s my dream. And all it took was one person, my sister, to change my life forever.

This story was brought to you in association with Child Rights And You.

Please share Rosaline's story to inspire many other girls like her, who are taught since birth that their life's ultimate aim is to get married. 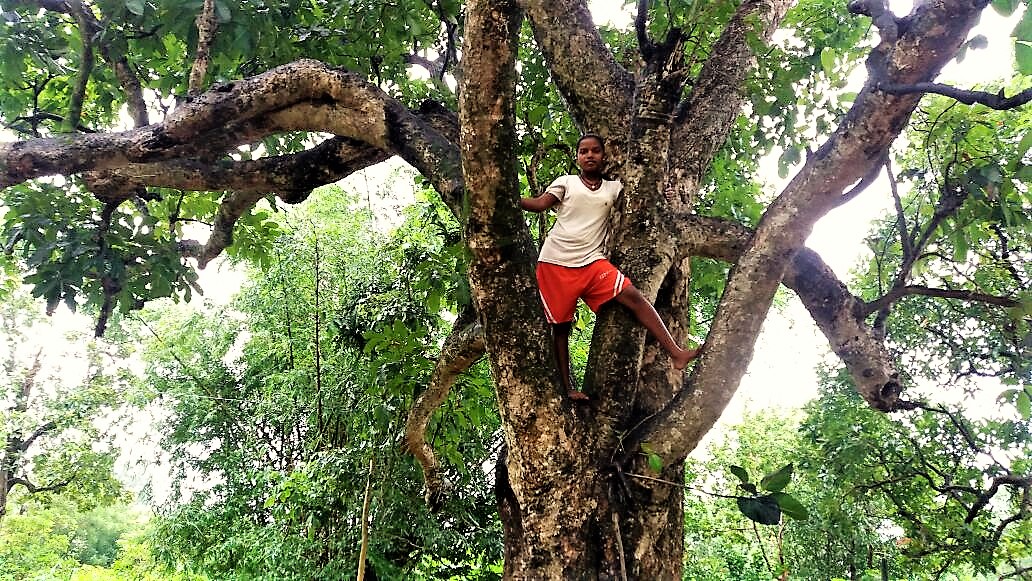 I want to reach a point where no one ever has the guts to say that all girls do is grow up and get married, drowning the family into dowry.