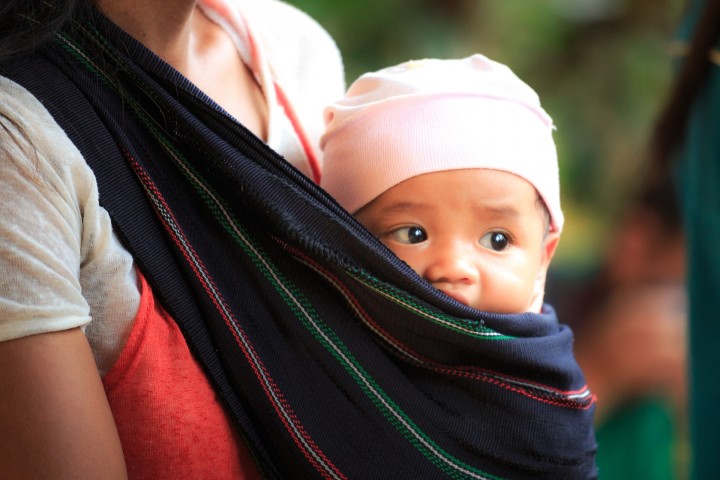 It's been just 5 months since you came to me, but now Amma trusts you more than anyone. This is the story of my life. Call it a confession, because tomorrow if I die, at least you should know about me. How your mother turned into a huge emotional mess.

I was a talented child. I was good at studies, good at extra curricular activities and wrote poetry and short stories. But that excellence came at a heavy price. Like most Indian parents, mine liked to show off my skills and brag about my class performance to their relatives.

Hence, they had to make sure that my grades or my excellence never faded. They constantly dominated me and grilled me to the core. I never had friends. You know that my mother, your ammumma, was a teacher at the same school where I studied and she wanted me to be seen with scholars.

I hated them because they bullied me. Those who showed a bit of kindness were the back benchers, but my mother hated them and hit me in front of everyone if she saw me with them.

My parents always used to hit me, sometimes injuring me badly. My mother abused me verbally, calling me a slut and a bitch all the time. My father was a subtitle to my mother. Moreover, he hated the attention and respect she got due to her profession. If she slapped me once, he would slap 10 times.

One day she tried to choke me for asking for my favourite food. Your maman, my younger brother troubled me a lot, but he genuinely loved me and felt bad when my parents did all this to me. My mother used psychological techniques to check whether I had a boyfriend or not.

Finally, I shot back at 14 years. They accused me of being ungrateful and said that they were sinners to give birth to me. I grew up with hidden depression. Fortunately, I got a few good friends in my college. For a few years, they were the only source of positivity in my life.

My relationship with my mother became a bit better, but it worsened with my father, when I realised that he was pitting me against mom. I am not complaining about my parents. It's true that both of them were working and had their frustrations, but why they take it out on me? Wasn't I their child?

After graduation, I met your father through a matrimonial site and fell in love with him. What a charmer he was! He gifted me things, sent me lovey dovey messages and talked with me for hours. Maybe because I was emotionally starved and craved some affection, I fell for his charms and jumped into marriage immediately without giving much thought to my career.

I thought all my problems were over, but it was not. It was only after marriage I came to know that my mother in law, your achamma hated me. She constantly taunted me, picked up fights with me and starved her entire family because she didn't want me to eat as well. She didn't allow me to cook too.

What was worst, your father and his brother supported her. She pitched fights between me and him. Inspite of giving my entire salary to them and doing the entire house work, she still fought with me.

I was diagnosed with PCOS and had trouble conceiving. I went into depression. I realised that my mother in law was trying to separate us. Finally my husband agreed to move out of his parents' house. Those four months were the most joyous ones of our marital life. And by the grace of God, I became pregnant with you.

We moved back after I became pregnant. In the beginning, my mother in law made a great show of caring for me. But soon she went back to her old ways. She tortured me verbally, starved me and often gave me heavy medicines. I had severe vomiting and could barely stand on my legs. Still she wanted me to do all the housework.

Then lockdown started and my life became hell. Slowly I realised that she wanted me and my husband to be divorced. Finally, unable to take it anymore, I attempted suicide. You were in my belly Aadi and Amma tried to kill both of us.

Soon after, I returned to my parents' house, where I delivered you. Fortunately for me, inspite of all the depression and agony, you came out to be a healthy and happy baby.

It has been 5 months after your birth, but still your achamma hasn't spoken to me or come to see you. When I confronted your pappa about it, he said that his mother was right and I was a bad woman who did not know how to take care of the house. When I asked back the gold my parents had given me , he threatened me and said that he would divorce me if I asked for the gold.

Something broke inside me that day. I stopped talking to him. He is trying to convince me a lot, but now I can only see the deception behind his smile and sugary words. I don't know Aadi, who is at fault? My parents? My husband? My mother in law? Or me? Why I am never blessed with happiness I craved the most?

You are the only one who keeps me alive. I live in the fear that my husband would divorce me and take you away. I wouldn't be able to go for long at this rate. I will try my best for you, for you my child, so that you wouldn't be like me.

Share this heartfelt letter so some day it reaches it's right recipient because it deserves to.