“Ariff, Ariff, Kahaan hai? Udhar dekh, bullet waale bhai ko kya hua.” I heard this when I went to fix a puncture on my bullet. It was 12.30 pm on a hot afternoon. A small kid of around 9 years of age, came and asked me, “kya hua Sir?” Before I could answer, he replied, “peeche painya puncture hain.” He immediately went to fetch a toolbox to fix the puncture. I was wondering if he would be able to manage it and asked “arre Ustad ko bula le.” He called out, “Salman bhai, Sir bula rahe hain, aaja.” Salman was relaxing under a tree with earphones plugged in, and immediately replied, “Ariff tu screw open kar main aata hun.” I noticed that Salman was the boy who initially asked Ariff to check my bullet.

By the time Ariff opened the screw, Salman came to separate the rear wheel and it’s not easy. I got really surprised to watch as he is too small to be doing this. Even his height did not reach up to my seat.

I asked, “arre apne abba ko bula lo.” He replied, “abba hote to kya mai yaahan kaam kar raha hota?” He told me that his father passed away last year. By the time he separated my wheel and started opening the tyre and tube, I asked him how many siblings he has. He replied, “we are five, three sisters and two brothers, Ariff and me.” I am 10 years old and Ariff is 9 years old. By then, another bike came around with a puncture and Ariff started fixing that too. In the middle of our discussion, Salman shouted, “chhup ja Ariff.” I wondered what happened suddenly, then I noticed that a police Jeep was passing by but it was too far. Once the jeep left, they both came back and started working again. I asked them why they had vanished. They said, "sir ye police walon ka bharosa nahi hain. They will take us with them as we are child labour."

“Aur agar wo humein le kar jayenge to ghar kaise chalega? I was just speechless. He is too small answer like this. I realized how responsible they are, and they have no choice but to be.

I asked them how much they earn, and they said daily around 1000 to 1200 rupees. My puncture was fixed by then. It just took him only 30 minutes to fix it. I asked him, “kitna hua Sultan?” He said, “50 rupees.” I had given him 100 rupees but he said, “Sir bheekh maangne nahi bainthe hai. Mehanat ka khaate hain, ye lo aap ke 50 rupees waapis.”

I quietly started my bullet and left. I cannot forget these small Sultans. I wish I could help them but looking at their spirit, I know that they don’t need any help from anyone. 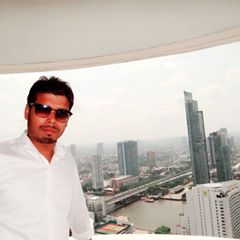