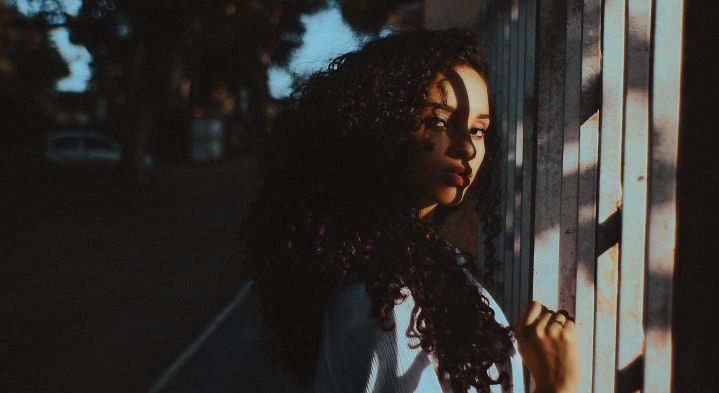 "I have to write this" my head keeps me awake telling me this every single night since the time I met her last. I have procrastinated, let our last conversation be the driver to not wanting to have hope that I will have a happy ending with her.

But this mind na, it doesn't listen only... Whenever I think about her, I can hear the accent and the voice ringing in my sleepless thoughts.

I met Venus at a party a couple of months ago, #Single was the theme the date was 15th of February. I was thinking of what a nice way it was to spend time with other people who were just like me.

Someone had to start somewhere. Just to give us a jumpstart, the game host gave us tasks before putting us under a blindfold, tagging us with someone and giving us a question and a few minutes to have a conversation. Venus was my first partner. Though the questions was not too random, the answer was precise. It was like the perfect first question for her to talk about. After that, two more random conversations ensued, but my mind was stuck to the first impression I had of Venus.

This followed by performances by a few indie artists and everyone was ready to bounce. I was wondering about the last-minute meeting set up at work and prepared to say my goodbyes, when these naayab folks planned on taking the party elsewhere. I promised to join them ASAP if they were still around by the time I was free. Luckily, that meeting didn't last long. I was telling myself "Wah kya timing".

The party was in full swing by the time I reached. We had a more than a couple of beers and before we got drunk, we decided to go pub-hopping and halted at the bar.

She spoke about her goal of getting married, as she didn't believe dating was a part of her plans anymore, and spoke about friends from school when she met one such person at the bar.

Her honesty surprised me to the extent that she could read that on my face. She barely knew me but that evening was like a feeling out of an old book which could be re-read just to keep the nostalgia alive.

She has cute shaped spectacles which remind me of that sweet girl who used to come for her vacation at my neighbor's when I was in school. I still remember Venus was wearing something in red and white and her curls fell on her forehead when she smiled. Ah what a perfect 15th for such a lonely 14th of February, I wondered. It ended with a kiss on the cheeks and a lovely hug.

The following week was what new people who got to just know each other would do. Constant chats, plans to meet, etc. One of those fortunate evenings she gave me a surprise and my heart felt short of saying "Venus looking pristine tonight".

Then, this once in a lifetime thing happened for the entire world called "A Lockdown".

She was the last person I met before it came into effect. I'm glad that I met her before this all started, she is into the kind of field that keeps her busy all the time or maybe she is the kind of person who is likes to keep busy in these turbulent times. I will pursue that adorable femme fatale when this is all over.

I am having a 5 a.m. dream that many believe comes true and it hums like this;

Who says lockdown moodswings can't give you butterflies in the stomach? If you love what you're reading, we have more stories here.

Also, it's time to write your own. We're always listening.

My Covid+ Report Told Me I Had Cancer: Today, I'm A Survivor

While You Wait For Your Covid Test Result, Here's What You Should Do