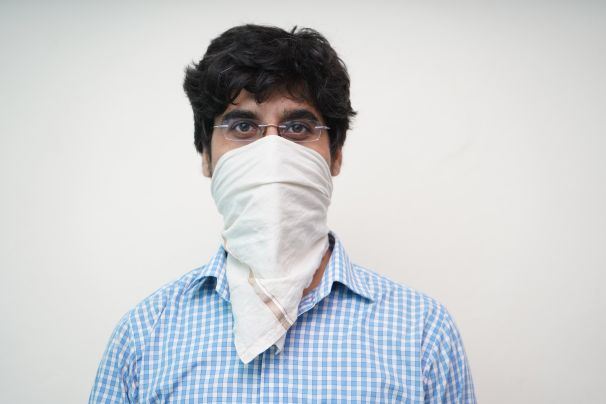 A 35-year-old male is brought dead to the Emergency Department with a history of fever for 2 days, associated with cough and breathlessness. The doctor in the emergency explains to the patient's relatives that a Medico-legal case needs to be made, since it is unnatural for a young patient without any co-morbidities to suddenly die, and the body might be sent for post mortem by the police. Scared, the relatives decide to take the ‘body’ to a government hospital, as they know that there would be less chances of going through these legal hassles to get a ‘Non-Covid’ death certificate.

It is not a fictional story my friends, it is a real-life incident, with similar instances happening daily, all across the country.

I was surprised to read a news article today, about another young death. “He died due to cardiac arrest and not by coronavirus, though he had tested positive for the infection,” a spokesperson for the hospital told – read one of the paragraphs.

And I thought that the truth needs to be told, the truth about the inhumane side of this pandemic – the big fudging of numbers. It is just the tip of the iceberg.

Similar to the above-mentioned incident, I'm sure there are hundreds and maybe a thousand others all across the country, EVERYDAY, who are SHOWN as dying of cardiac arrest/cardio-respiratory arrest/Acute myocardial infarction/Pneumonia/Infective exacerbation of COPD, Asthma or ILD (lung pathology) etc. on their death certificate - because people in India will not die of the coronavirus even after testing positive for it. This is precisely how the actual number of deaths is being and will continue to be manipulated.

Hospitals are being directed to not write COVID as cause of death, and those deaths which are being reported as COVID need to be 'audited' by a government committee first before inclusion in official numbers released by the state.

A notice from the Bengal government was widely shared on social media which clearly asked doctors to NOT WRITE COVID 19 on the death certificate of patients. If a private hospital reports a death due to COVID, it will be sealed by the government, leading to shut down of the facility. All existing admitted patients need to be discharged within 48 hours or referred to other hospitals, most staff will then be placed under 14-21 day quarantine, patients will be scared to come to that hospital once it reopens, etc. – causing huge financial losses to an already hard-hit healthcare sector, where revenue has reduced by almost 70% due to reduced patient load and reduced surgical procedures. This is the crux of the death certificate.

There are instances when positive reports are not disclosed to the family members, attending doctors and nurses treating these patients to avoid panic among other staff members and patients. Reports are repeated, again and again, claiming that the original report was a ‘false positive’ and subsequent repeated report, which actually may be a ‘false negative’ will then be considered as the final report.

The other aspects of this harsh truth for the hospitals is, if they write death due to COVID on the death certificate and the body needs to be taken out of the district for the last rights, the police do not give the mandatory No Objection Certificate (NOC) for transport as it will then increase their work to trace contacts. If the hospital asks for a post mortem to ascertain the cause of unnatural – suspected death due to COVID, police again make the doctor write ‘something’ at least in the death certificate to avoid handling and roaming around with a dead body, arrange for a COVID test of the dead body, and wait to complete paperwork formalities till the test results come.

Many times, there are tie-ups of the policemen with few general practitioners/quacks who issue such death certificates (of course for a charge), in case a hospital refuses to give one. This reduces the hassles for the police as well, especially when we are dealing with a time when even the relatives are scared to take away the dead body.

Besides, not even 10% of the actual funds released by the government for supporting healthcare facilities or the poor would actually be percolating, with a major portion of it ‘disappearing’ between the middleman and the babus.

Without such tactics, it truly would be IMPOSSIBLE for a densely populated country like ours, and with the MORONIC CITIZENS (who can forget the thalis, talis, diwalis, gaalis, etc), to have such low fatality rate.

I hope you read this and share Dr. Garg's story. He's a guy who's on the line of duty reporting this. The least we can do is make sure he's heard and then, be responsible citizens and try to keep safe. It's the need of the hour to keep ourselves and our loved ones safe so hospitals and doctors don't have to go through the misery they are going through every single day.

And if you have a story to tell about your life in the time of corona, please do tell us. We're all ears and this is all we can do during this time - talk to each other and keep sane.

This Is What I'll Miss The Most About The Lockdown