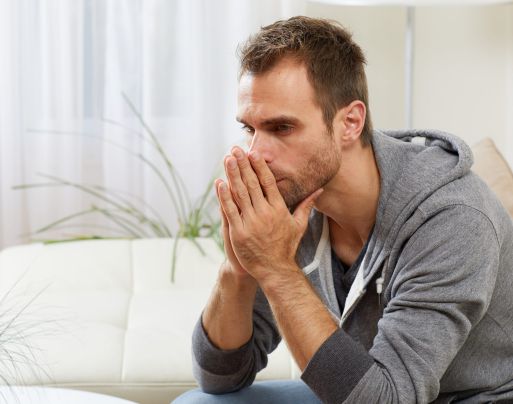 After marriage, as a son, a man must prove in every moment that he still loves his parents and siblings just as before. My question is, why does he need to prove anything at all? Why do things change as soon as a girl comes into his life? To all the parents out there, I want to say that your son loves you as before but it is just that the time allotted for his family in a day has been divided into two parts now.

First part is reserved for his parents, siblings, relatives - who were always there with him from childhood. Second for his wife and children - who are and will be his life till his end.

Both are an equal priority for him, he can’t choose between both parts, in his whole life. As a husband, he tries to create a comfortable environment and shows extra care to the girl who left her parents for him, to become a part of his life, to be with him through ups and downs in his life. The real drama starts in his life when he starts seeming inadequate as a son for being a good husband. There is no comparison, why do people complicate things unnecessarily? He has new roles to take up but he barely gets any understanding while he is running around in circles trying to give his best and prove himself. He has to take up new responsibilities being a husband, things like taking her out for movies and trips is important to build a healthy relationship. Going alone does not mean that they are neglecting the family.

If he attends parties with his wife’s side of the family it is because he is also a new member in their family, it should not offend anyone because his wife’s parents happily gave away their daughter to live with his family.

By seeing all this, mother-in-law says that her son has changed, he does not love them anymore, he loves his in-laws more than his parents etc. But no, this is not the truth because he loves you but respects his in-laws because they have given the most precious thing in their life, their daughter to him. Do not forget that as parents, you wish for a beautiful life for your daughter and your daughter-in-law’s parents wish the same for her. The siblings start saying that bhabi has changed bhai, he just listens to her, he changed a lot and left their parents alone. My answer to them is “no, he did not change, it’s the way you look at him that has changed. You will understand this when you get married, and people around you start pointing fingers at you or your husband for the same reason. Do not forget that you are going to expect the same kind of love and care from your life partner after marriage.”

After marriage, all the family members should realize that their son/brother has his own small family for which he needs his privacy. He has new priorities and the responsibility of a lifetime which he has taken up with everyone’s blessings.

I request all the parents to believe in their son even after marriage the same way as they did before because he hasn’t forgotten you. In his new role, he is trying to be a good life partner, a good father to his kids so give him more blessings instead of cursing him and pressurizing him. I request the siblings, try to fill the gap between your parents and the couple instead of fueling the gap.

Don’t let your words hurt him, because then he cannot share the pain with his parents or siblings as it is given by them only.

This one change can make men’s life happy after marriage where he need not pass through instances where he must choose between his parents or wife.

Share this story if you agree that men don't have it easy, either.