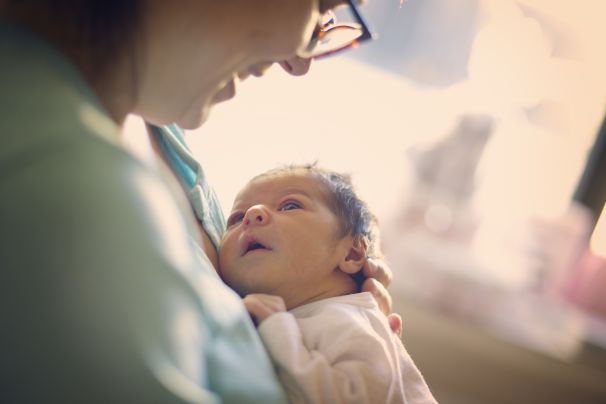 The mental trauma of bearing a girl child for the second time in a so-called civilised Indian society is a reality till date. Fortunately, for most women with the first child being a girl, at least the pregnancy part passes off with some hope, a little fear and a lot of anxiousness as the gender is not revealed.

I was, however, not one of those lucky ones because I’m a doctor and in one of my prenatal ultrasounds, although the doctor performing the scan did not say a thing, I could clearly see that my second child was going to be a girl too. And how did I feel about it? Amused, happy and elated.

I decided to tell my family immediately so that they would be prepared. It just turns out that I wasn’t prepared for their reactions. Does this happen in a family of where even the eldest female member of a much older generation is highly educated? Yes, in India, it does.

Education has nothing to do with how one feels or reciprocates to situations. So first there was the disappointment, then came questions of how sure I was and then the final stage of denial. So, people in the house went back to square one and started referring to my unborn baby as a boy addressing ‘him’ with male nicknames.

I knew what I saw and I knew I couldn’t change it but I wanted to change the mindset and emotions of the people around me before the baby arrived so that they would welcome her and treat her as preciously as they treated the elder one. That was however not to be.

I was offered explanations as to why a male child was desired and that it was not for the same reasons ‘other’ people had but because of different reasons which were not worth so much disappointment according to me. And so my lonely journey of an emotional pregnancy began. I must be fair enough and say that my in-laws or husband never blamed me or didn’t ill-treat me, but all the support and festivities of a pregnancy were gone. The preparations thus began to accept the ‘most-probably-girl-child’. They still believed that there was hope for a boy.

For all those who are reading this and thinking all would be well after the birth of a little angel... I mean whose heart wouldn’t melt on seeing a tiny, helpless, overly dependent human being, right? It wasn’t as a bad as they project in the movies but the entire extended in-law family responded with 'Oh, a girl again!’ on being told the news. Of course, in a sarcastic, sympathetic and sometimes in an evil-ish way.

It’s the mother who faces the roller-coaster ride of labour pains or trauma of a C-section or as in my case this time, both. It’s the mother who needs utmost care as she is prone to post-partum depression. Instead, I was further bombarded with stories how low my husband and mother-in-law were feeling, about how they wished it were a boy and how different things and their reactions would have been then.

Then I was told about how ridiculously each and every family we knew reacted to the news. Is that my fault? Yes, it’s my fault that I hold relations with such families but beyond that, everything is out of my control. I was then told how their pangs of jealousy, disappointment and sorrow returned every time the birth of a male child was announced elsewhere.

Counts were kept and discussions were opened about who had two male children, who had 2 daughters and who were the blessed ones with a so-called perfect combination. I was even asked how I felt. How did I feel? Wonderful!

The sight of the newborn while I was still on the operating table melted my heart and soul. I didn’t think I’d feel so special for the second time too. I could think of nothing else except how lucky I am to have 2 beautiful daughters.

Sadly, no one shared my sentiments. No one rejoiced in her birth like I did. She was unwanted. She was someone who could be replaced by a better choice for them.

After all this, one incident stuck on. An unknown face, a caretaker in the Hospital came up to me while I was still in the ICU with the baby in a cradle beside me and said while ticking her toes, ‘Is it a girl?’ I nodded with a smile. She continued, ‘Please give her a good education.’ I had tears in my eyes after she left, not because I was touched with her words, which I was, but with the thought that, is that ever going to make a difference in this country?

Share this story because gender has no role in the future of our society, and you know it.

YOUR STORY
BAKKAR. CHAI. SUTTA
YOURS GEEKLY
HOW'S THE JOSH
LET'S FACE IT
LIFE IN THE TIMES OF CORONA