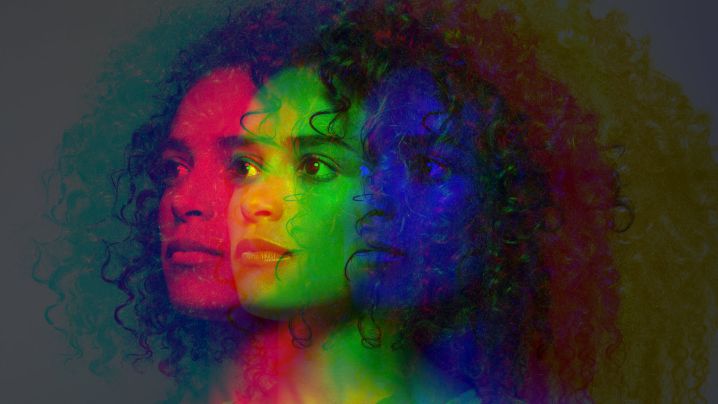 My brother and I had gone to our grandma’s place for our vacation. Our grandma lived in a village and the bathroom was outside the house in our backyard. My brother had climbed the wall beside the bathroom when I suddenly caught sight of him.

He had been watching me while I was having my bath. I had no idea about how many times he had watched me when I was naked. I had started getting my periods just a few weeks ago. I had also started developing breasts. And I was just 13 years old when I realized this. I wore my clothes and went into the house immediately.

He was watching TV and pretended as if nothing had happened. I asked him on his face about why he had been peeping into the bathroom when I was having my bath. He just told me that he had not been peeping. I thought he had just been fooling around and had seen me bathing by mistake. So I decided to leave the matter at that. I did not talk about it to anyone else. I had trusted him so much and I did not want to make an issue out of it because I did not want everybody to scold him.

But I was wrong.

We returned home after the holidays. One day, I had gone to change my sanitary pad when I was having my periods.

My brother was peeping into my bathroom through the space that had been created for the exhaust fan. This time, I was sure that he was doing it intentionally.

This had happened at our cousin sister's house. She lived just 5 minutes away from my house. I immediately knocked loudly on my sister’s bedroom door. When she came out I told her everything out of fear and frustration. Tears were flowing from my eyes. But instead of slapping him, my sister doubted me and thought that I had misunderstood my brother.

I showed her how he had perched himself to peep into the bathroom but she insisted that I had been hallucinating. Which girl will imagine that her own brother was watching her naked?

She just scolded him a little and asked him not to do such things again because she did not want to destroy me emotionally or mentally. But I rushed to the spare room and started crying bitterly.

I wanted to discuss this with everyone in the house. My sister’s husband and her parents were at home at that time. But she did not allow me to do this because she thought that it might create an issue in the house and my brother would end up getting a bad name.

No one even hugged me or gave me the strength to face all this.

My father had passed away when I was just a 3-month-old baby. So I was asked to shut my mouth and not even talk about this to my mother because she was a single parent who returned home tired from office. I was told that telling her about such things may ruin her mood.

But what about the tsunami that had jolted me from inside? I felt like burning my entire body because it was no longer my private possession. My brother had seen me naked many times without my knowledge. My body felt dirty to me now.

I could not trust anyone in the entire world now. A few months later, both of us were at home. I was wearing my pants in my bedroom after coming out from the washroom when I saw my brother peeping into my bedroom.

This time I immediately called my mother who was working in her office. I revealed all that had happened to me in the past too.

She was shocked and asked me from where I was making this call. I told her that I was on the balcony. My brother was inside the house and I couldn't bear living in the same house with such an ugly person again.

But instead of consoling me, much to my horror the first thing my mom told me was, “Get inside the house and don’t speak such things loudly. The neighbours might hear your voice.”

I broke down completely and tried to attempt suicide. I wanted to hang myself to death but could not do this because I could not reach the fan. When my mom reached back home, she even scolded him a bit. She did not even beat him and from the next day, everything was absolutely normal.

My mom did not treat my brother like he had made a mistake. I now stopped trusting even my own mother.

I had been a naughty and cheerful girl. But now I became a very quiet and depressed person. I couldn’t enjoy my teenage years. I would get bad dreams every night. The worst thing was that I did not even get the support of my family. No one understood my pain. No one knows about this except my mother and cousin sister. I am 21 years old now.

But all my relatives give me free advice and ask me to speak to my brother. They thought that I was not speaking to him because of silly ‘Tom and Jerry’ fights. I couldn’t tell anyone about the pain that I was undergoing. It was such a painful period.

To all the guys out there:

Please refrain from doing such things to your own sisters and other women. You see her naked, enjoy it for 5 minutes and then forget about it. But the girl will not forget about it till she dies. And she will never be able to recover from such things again. She dies every day because she has to battle this with herself.

To all the girls out there:

Don’t be scared to discuss such things in front of your family members in case something like this happens to you.

Take a stand for yourself.

To all the parents out there:

PLEASE create a safe home for your daughters. Teach your sons to respect at least the relationship between a brother and a sister. She does not feel safe outside the home anyway.

At least make her feel safe inside her own house.

Do share this story so that we learn to treat our sons and daughters fairly. Instead of sweeping such issues under the carpet, we need to discuss it calmly and openly. We need to tell them how such acts affect a girl mentally and emotionally. Only then will they learn to respect women and their privacy. Let’s learn to listen and be more sensitive to the challenges that our daughters are facing both inside and outside our homes.