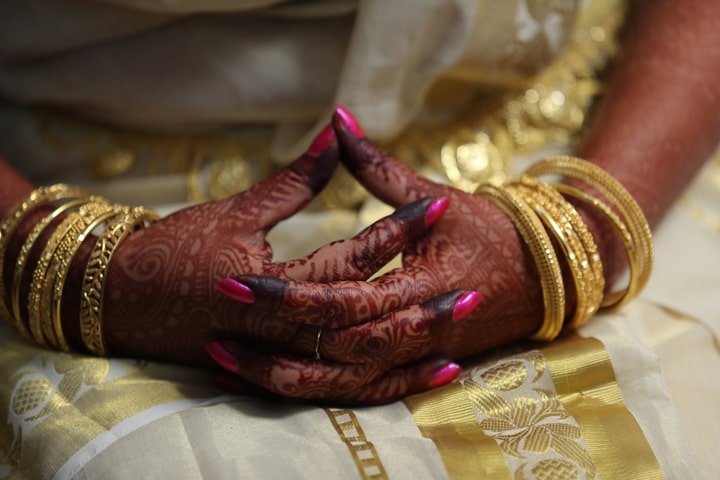 Like any other 27-year-old I am also a simple educated girl who is working at an MNC, but one quality that I don't posses is that I am not fair. Never in my wildest dream did I think that colour would matter so much in the 21st century.

I realised the importance only once my parents started searching for an alliance for me. Like in the typical South Indian style, the guy's family used to come to see me and judge me based on my colour before concluding that I was not fit to be a good daughter-in-law, this happened repeatedly. Not for one or two but for 3 years. Initially, it didn't make a difference but then these so-called relatives started judging me. They started saying that I was not getting ready properly when someone came to see me.

I work night shifts. Suddenly, early in the morning they used to tell me that someone was coming to see me and I was asked to get ready quickly. I was obviously always sleep deprived and so I was low on energy. I used to be sleepy and still answered all the questions that the guy's family had for me. Again, my so-called relatives stated that I was not answering properly and was not sounding happy.

Next time when someone came to see me, I was all excited, spoke nicely, showed that I was very happy but now again I was subjected to judgements on how I was shamelessly happy and appeared lively in front of the guy's family, they'd have thought I was too fast and so they rejected.

All I could do then was ask God, "Why did you make me so black?". I wish I too had fair skin so that no matter how much I laughed or smiled or just spoke, no one could judge me. But, this was a temporary feeling that I had. Relatives stopped talking because I was not getting married. Other relatives said, "Your daughter is dark, we won't get marriage proposals for her."

Amidst all this, something amazing happened. I fell in love with one of my friends, who was caring, loving and made me feel that I was the most beautiful woman on this planet. He became my strength when I was low, he became my smile when I was crying, he became my guide when I was in a dilemma. He became everything for me until one day I asked him to marry me.

He said he won't be able to marry me as his parents will not agree. He is a north Indian and I am south Indian, he belonged to a different caste (apparently, to a very reputed caste in his state where they couldn't marry outside of their caste).

I asked him to talk to his parents and then to let me know. He was not ready but after repeatedly forcing, he agreed and came back with a beautiful answer. I asked him, "What happened?" He said, "My parents did not agree." I asked him for the reason, he said, "They are very particular about caste. Until and unless you belong to a caste more reputed than us, I can't marry you."

He never asked me for my caste while proposing, while kissing, while hugging. Today suddenly my caste became very important. I ignored everything and I said to him, "Yes, parents do say these things but we need to fight."

He said, "Even if they agree for caste, there is one more issue. My mom wants a gori and sundar bahu. I can't hurt her, she always had a dream of having a beautiful daughter-in-law."

I was shocked. I couldn't believe that he was the same man who made me feel like the most beautiful girl in the world. I was heartbroken but I knew that there was no point in marrying a man like him. With all my faith in god and humanity, I moved on. I never asked him about marriage again but we remained friends.

Now after hundreds of rejections, finally an alliance said yes. I am getting married soon.

Selecting your bride based on her complexion is sadder than it sounds, share this story so those families can read and learn something.