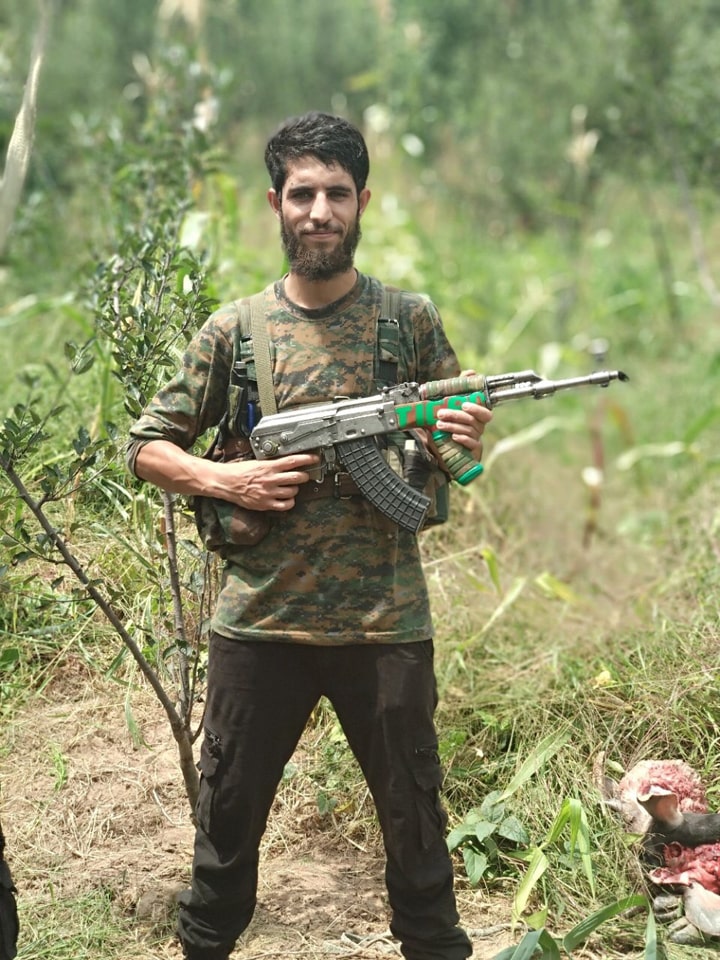 I think of you every day and I feel lost and broken without you.

In the past thirty years of unending bloodshed storms have one after another wrecked havoc on the families in Kashmir, while losing their loved ones to violent conflicts. A year ago in 2017, one of my cousins and best friend Syed Naveed left home and joined Hizb-ul-Mujahideen and after just a few months our family once again was rattled with the news of my younger brother Syed Rubaan taking the path of armed struggle,  leaving us all in pain and shock.

Back at home, I see our parents broken and the eyes searching for both of them. I belong to village “Nazneenpora”; a small hamlet in Distt Shopian, on the banks of River Rambiara, as the romantic name (Nazneen) of my village the “Gun” to has been romanticized since the 90’s. In the 90’s, two top commanders of Hizb-ul-Mujahideen - Commander Syed Mushtaq (one of my second uncles) and Commander Mohammad Amin Hurra (one of my father's best friends) were on the forefront of the then armed struggle - they both were killed in the process. Since then, every evening, young boys sit in groups and talk about ‘militants and guns’.

This is how we all grew up.

But in mid-2000, after government-backed counter-insurgency group Ikhwan, also known as 'renegades', became active, these gun-talks became less frequent. After a lull of almost fifteen years, during which hundreds of Jama’at-e-Islami cadre and sympathizers were killed by Ikhwanis, the romance surrounding the gun made a return.

The new era of this armed struggle in my village started in 2015 when a father of two kids - Farooq Ahmad Sheikh joined Hizb-ul-Mujahideen - Farooq; a well-known businessman was taken in by JKP and the army on a number of instances, as they believed he was in contact with the then Distt (Shopian) Commander of Hizb-ul-Mujahideen - Waseem Malla. Farooq was thus abused, beaten and taken to undue task. When the detentions and tortures became routine, Farooq started believing that he would be killed in a fake encounter, and they will blame Malla for his killing. So he left his two kids (of 4 years, 2 years then) and joined Hizb-ul-Mujahideen back in Feb 2015.

Fourteen months later, in May 2016, as fate would have it, Farooq was killed in an encounter at Pahlipora village of Shopian. However, his presence in the area as a militant with a gun had already stirred the youngsters. Just a few months ago, because of Farooq Sheikh’s killing, in January 2016, his namesake Farooq Ahmad Hurra, 20, a poor boy from our village, left home to join the militants. He wandered for a few days but couldn’t meet his contacts. Then on January 26, 2016, Hurra was arrested in Pulwama.

After his arrest, District Police, Pulwama, addressed a press conference and said that they had arrested a militant with a pistol and other ammunition. However, the police's claim was false as revealed by the accounts of Farooq post his release. After Farooq Hurra’s release, I visited him at his home. He told me that he was not carrying any sort of weapon as claimed by the police.

"They (Police) projected me as an active militant, which was not the case," Farooq Hurra told me.

Then, some four months after his release, Farooq Hurra was again summoned by the army and the police. Post Commander Burhan Wani's killing, as the wave of joining militancy was at peak and Farooq’s summons became frequent, Farooq Hurra used discussed his life with the elders of the village as well as the youngsters. As the army and police were continuously calling him for reasons only they knew of, Farooq again made up his mind and left home in September 2016. This time, his luck supported his ideology and he met his source and joined Hizb-ul-Mujahideen. But like many others, Farooq Hurra’s militant life fell short as a result. He was killed in an encounter at Padgampora, Awantipora, with another associate in March 2017.

Farooq was a hardworking, sober and the main bread earner to his family.

After Farooq Hurra’s killing, tragedy finally got the address of my clan.

(Click here to read the second part of the story)