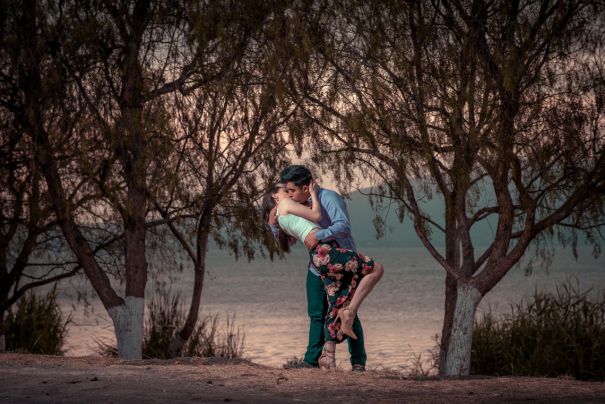 I had known him since he was 4 and I was 1 so practically I have known him since forever as he was a family friend. But we were not quite friends. In fact, I was friends with his sister who was two years younger than me. I had finished my 12th exams and was waiting for my results when one of my father's friends invited me to stay with him and his family in the neighbouring city.

This was the very first time that I was allowed to stay at someone else's place, so I was super excited.

My uncle’s children, a son and a daughter were both younger than me but we were great friends. During the stay, one day we planned an outing to visit a historical spot located in the suburbs of the city. He too came there with us. He was my uncle's nephew. Somehow, I felt that he was immensely attractive. He was like any girl's dream guy. So dashing that he made heads turn wherever he went, so intelligent that he achieved success in whichever field he entered and if these traits were not sufficient, he was super cute, very soft spoken and extremely caring. However, the trip soon ended and so did our contact. I didn't have a cell phone back then and never asked my father to buy me one. Two years later, my father got me a cell phone and I made an account on Facebook, like every other teen. There I found him. I wished him on his birthday and we exchanged numbers on chat. After just a fortnight of usual chatting and exchanging jokes, he proposed to me via text.

He said he didn't want a time pass kind of relationship and that he wanted to marry me. I was only 20 then. Obviously, I said yes but I wanted to complete my education first and find a good job.

He was totally supportive. My world was filled with rainbow colours. He was like oss ki boond on the banjar zameen of my heart. Everything seemed so good, so filmy and so dreamy. I was on cloud nine the entire time, until one night when my mom caught me talking to him. It was a shock for her and she was displeased as she wanted me to concentrate on my studies. She asked me who the guy was. I told her his name and she was a bit relieved as she liked him too. He was an engineer working in a reputed company back then and had a bright future.

My mom spoke to him and told him that though she likes him, it was not the right age for me to devote my time to anything apart from studies and he agreed.

Since we were in a long-distance relationship, we then spoke on the phone only when I was outside home, in coaching or in college. Everything was going superbly well. It was then that my life decided to take a u-turn. It was as if my life was too good to be true and it was time for me to come back to reality. Do catch me in the next part of my story to know more.