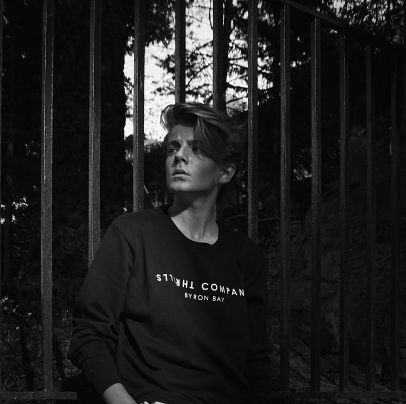 All this happened about 5 years back. I had completed my 10th standard with 9.6 CGPA. My father had shifted to Delhi a year ago and my mom and I were to join him soon. I had got admission in the science stream in one of the top schools in Delhi. It was a new city, I was going to make new friends and face a new set of challenges.

Three other new students had joined the class. All of us instantly became friends. One particular boy called E and I had similar interests and hobbies. We could talk about everything endlessly.

I had broken up with a girl a while ago and I was happy that I was leading a busy life in Delhi. I didn’t quite get the time to think about her. I thought I had experienced enough love in my life so far.

In time, all my classmates became friends. I was soon added to the WhatsApp group of the class. That’s when I saw a girl called D for the first time. I saw her display picture and said to myself, “Damn. She’s pretty.” Weeks passed. One fine day, D wanted some help with her homework.

I thought that was the right moment to break the ice. I solved the question and messaged her. She thanked me and soon we started talking.

A few months later, she went on a school trip to another country. She started sending me pictures of her trip. All of a sudden she asked me, “Do you want me to bring something for you?” I said, “Yeah. Sure. Chocolates will do.” But she got me a key chain instead. She sent one of her friends to the computer lab to call me.

And when I went there – I saw her standing there – with her fair eyes and curly hair. She looked absolutely beautiful. I kept the key chain safely with me.

Months passed. We became close friends. We often discussed our homework and other school stuff. Eventually, we even started having our meals together.

I am an introvert but I started liking her more and more with each passing day.

Now, T just happened to be her old friend. He asked me about my physics tuition and soon we started going for tuition together. T and I became good friends over time. It so happened that even our fathers were classmates. One day we started discussing D. I could make out that T too liked D a lot. I also came to know that he called her several times in a day and they were pretty close to each other.

One day, I got a text from D. It was already late in the night. It said, “You up?” I said, “Yepp.” We started talking about love and life. She said, “What do you know about me?”I said, “I know a lot about you. But I don’t know if it is more than you think I know or more than I should.”

My first friend in this school E had already told me a lot of stuff about her. But I had never bothered about it because I didn't believe any of it to be true. Well, it turned out that E had been telling the truth all along.

That day we discussed everything about our lives till about 4 a.m. We talked about our exes and about making out too. It was as if someone had turned on a switch in our lives. We became close that night and started calling each other a dozen times in a day. We knew we had become very good friends now.

One day I was just casually talking with E when I asked him how he knew so much about her. He told me that B (D’s ex-boyfriend) and E were good friends.

But by now both D and I had become inseparable. We wanted to know each other’s whereabouts every hour.

I had spent a year at this new school now. It was time now for our continuation party. D had already taken a couple pass for both of us. And now I realized the meaning of ‘The course of love never runs smooth’. B ( D’s ex) had organized the party. E had been grounded by his parents. B and D ended up having a fight with each other. B was still in love with her. I shared a very comfortable relationship with her.

But B was not comfortable with the fact that I was so close to her. B was really not in a very good mood that day so I left the party because I did want to create a scene.

Even at this stage, I did not know that I had already fallen in love with her.

Our board exams were approaching. So I had to go and submit my computer file at school the next day. That is when I got a chance to meet her again. The first thing she said was that she was back with B again. She said she wanted to keep it low key for a while.

I was kind of depressed that day. I just tried to control the tears that were welling up in my eyes. When I reached home I just turned my phone off because I did not want to engage with her in any manner that day. But I switched it on again at 1 a.m. and found at least a million messages from her that day.

I knew both of us were obsessed with each other now but I did not know that our obsession was making our relationship very toxic too. We started having our differences now. A couple of months later, D invited me to a mall. She showed up there with B and even kissed him in front of me.

I was so shattered that I decided to drift out of their lives.

We had finished with our board exams by this time. I got admission into my dream college and she was struggling to get admission. She ended up going to a private college that had opened up recently.

One fine day, she messaged me again saying that she had broken up with B. I said, “Why are you telling me this? You never told me when you got into a relationship with him.”

I was now in another city without any friend. I really wanted to speak to her so I called her up.

We revived the bond that we shared again and started having a normal conversation again almost immediately.

But I was surprised when B contacted me after a few days. He was drunk and was talking s*it.

He said he knew I loved her. That was the night I realized the truth. I couldn’t sleep that night. I went to the garden in front of my hostel and stayed awake the whole night. I realized that I was truly in love with her. But I could never tell her this because I preferred having her as a friend than not having her in my life at all.

I confessed my true feelings about D to B. He wasn't surprised to hear it. But he, in turn, took screenshots of our chats and sent it to D that night. The next morning D texted me and said, "You are a two-faced person."

I sensed that something was amiss.

I tried calling her. But she never picked up calls. In fact, she had blocked me on WhatsApp too. I used Snap Chat, Instagram, email and even the class group. But there was no reply from her.

She then went on to become close to T again. T had become my replacement for her. It hurts a lot. But it is too late to get her back.

B had ruined my relationship with D forever.

I knew I could do nothing about it now. I don’t know what he told her. It’s been two years now and I am still in love with her.

I think the worst kind of love in this world is the love that is unexpressed. When love is unexpressed it remains within us forever. It never fades out of our hearts. I have never opened up with anyone else after her.

She was the only person who knew me so very well. She was the best. She knew where to be like a lady and where to be like an alpha male. I am sure the one who spends his future with her is the luckiest man on earth. The memories still make me cry. I wish I had expressed my feelings to her.

If you love someone – go tell him/her - because such hidden feelings of love never die. They only come out in uglier ways.

When we confine our love to one person and cling to our past – we shut our hearts to other love-filled experiences. Love is meant to flow. Let's never allow love to make us bitter and ugly human beings. Let's share this story and learn to let go and be receptive to love. Our lives will always be a merry medley of all kinds of experiences. Let not one experience sour up our entire life. Let's learn from our pain and move on…