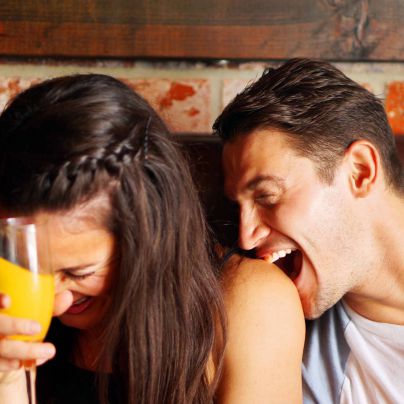 This story dates back to 2016 when I was just married to a girl whom I loved for 6 years. I resumed my work after the honeymoon and everything was going well.

It was a Monday and we had our weekly meeting at my workplace, so our seniors introduced me to a new joinee named Pearl, who was a modern type girl.

The first meeting was very casual and we were supposed to work together, and we were literally hating each other's company. But we were left with no option since we were in the same section.

Days passed and our hatred starting turning into a friendship. We started texting each other, then it went to regular calls. We often started to hang out during lunchtime.

As per my personality and religion, she initially thought that I'm a regular boring guy but when we started knowing about each other, we realized that we were on the same wavelength. It never felt like we had just met. It felt like we had known each other for a very long time.

We were both married to different people and our late night calling and texting started reflecting in our marriages. My wife was chilled out but her husband became suspicious and started placing restrictions on her. But we carried on regardless because we were not sexually attracted to each other. We did undoubtedly love each other's souls.

But the situation became stressful and she had to block me on all social media platforms. I couldn't even WhatsApp her. I started getting threatening calls from her husband. Then he forced her to leave her job but it didn't stop us from loving each other.

When she suddenly quit her job like that, I felt stressed out and suffocated. We live in a small town, so I didn't try to meet her even though I knew where she was working. We would send emails to each other instead. That is how we spoke at that time. Replies were late and short but she used to reply.

I thought that as the months pass by, our bond would diminish. Instead, it only grew stronger. Then, I got the news.

I found out that she got divorced and she wanted someone to share with her all things good and bad in life. She started calling me, but I always ignored her. But in my mind, the compassion I had for her remained.

I spoke to my wife about her often and she didn't doubt a thing.

I met Pearl after a whole year and that's when we could tell that we would never forget each other. But we knew where to draw the line. We were going to keep this relationship pure and divine. We meet often, we hang out and we enjoy each other's company.

I care for her, I truly do. She can't begin or end her day without calling me. She became my world and I will always be there for her. But our love is insane. We don't even think of having sex with each other.

In the end, we are more than just lovers. And having sex with each other will ruin the way our relationship is already going- beautifully. According to her, I'm an angel that God sent for her. Our love for each other is unconditional.

She has a beautiful soul, and it is not her physical beauty that attracted me to her.

I don't know what you might think about this, but I love her. I love my wife too. They are both the most important people in my life.

Pearl has finally found another man she loves and their bond keeps growing stronger and stronger. Still, we talk for hours and hours. I might forget to call her sometimes but she calls me three times a day.

We just can't live without each other.

Share this story because we will never be truly happy until we can accept as a society that MEN AND WOMEN CAN BE FRIENDS.