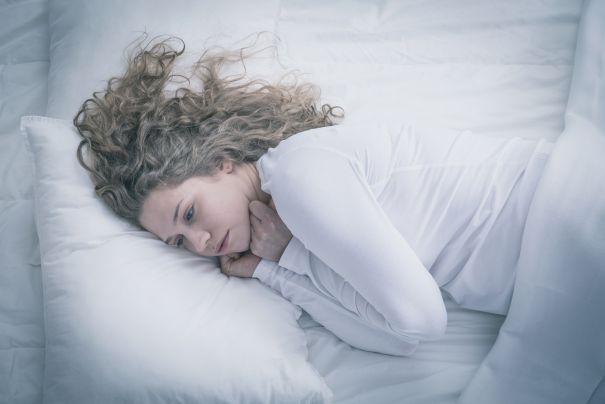 When I was in college I was deeply involved in politics and through that, I met a guy who held a position in the college committee. It was my freshman year and I was greatly invested in creating new memories and having experiences that could prove useful to my career in the future. I was excited about new opportunities when this guy caught my eye. I’d found him interesting- he was handsome, popular and also a member of the college committee, in short, I found him to be the real deal. Just when I thought that he was unattainable and out of my league, I received a friend request from him on Facebook. Suffice to say, my ego was stoked.

We started chatting on Messenger and then gradually moved on to WhatsApp. I could feel a strong bond develop between us. Almost a month later, heeding his friend’s advice, he proposed to me and we started dating. I was on top of the world to have such an eligible and popular guy as my boyfriend.

I spent five happy months with him before I got a message that rocked my senses.

A random girl contacted me on Facebook and told me how my boyfriend kissed her and touched her body while he was dating me. I called him almost twenty times that day before he answered. He told me that he had met with an accident and had broken his leg. I confronted him about the girl and he confirmed it. I was devastated and I decided to leave him. He begged me for my forgiveness and pleaded with me to not break up with him, promising me that he would never cheat on me again. Being so blinded in love with him, I conceded.

I nursed him back to health and was there with him every day, helping him in any way I could. I started feeling more like his wife than his girlfriend. Throughout our relationship of three years, we had sex innumerable times and he also cheated on me innumerable times. Every time, he would beg for forgiveness and I would give him a last chance, but we both knew it was never the last time I would forgive him. I couldn’t bear to leave him because I was too much in love with him and couldn’t bear to think of a life without him. But apparently, he could.

One day, he decided I wasn’t good enough.

He broke up with me, giving me a very vague reason for it. But despite having broken up with me, he would still call me and approach me for sex. Hoping against all hopes that he would finally realize his love for me, I used to comply to his calls. It was not long before I came to know that he was dating another girl. I finally understood that it was in his nature to cheat with his girlfriends and sleep around with other girls while dating one. He did that to me and now he’s repeating it with someone else.

I felt very sorry for the girl and tried to warn her several times, but she never listened and continued to date him. I know what it’s like to be under a spell so enchanted that it consumes your very being. But I still hope and pray for the day to come when they both realize their mistake and try to get their life back on track before it’s too late.

It is very important to know our own worth and start loving ourselves before we begin to love others. When we love ourselves, we do not stand for any form of abuse directed toward us. Share this story to encourage others to love themselves and to let them know that they are not the only ones suffering from an abusive relationship and that they also can free themselves if they wish to.

LIFE IN THE TIMES OF CORONA
LET'S FACE IT
STOLEN DIARIES
BAKKAR. CHAI. SUTTA
LIFE IS TOUGH
YOUR STORY