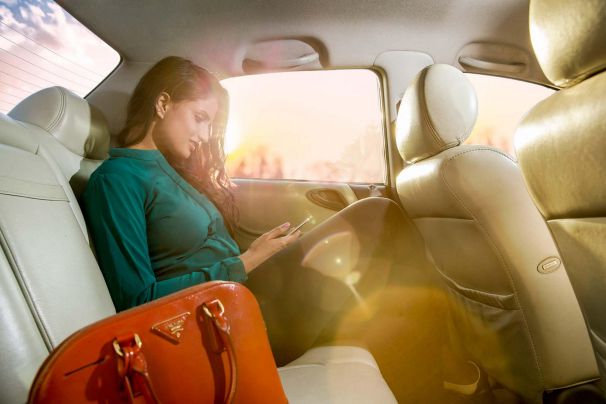 Our daily commute is an important aspect of our lives today. It adds to the hustle and the bustle of our lives. It is also a topic of concern to all of us. We know that we would all be more productive if we put this time to good use.

Most of us have even found our own ways and means doing so. Some of us like to catch up with our people back home. Others focus on their areas of interest. Yet others utilize this time in doing some work. None of us could have ever imagined that we could also develop a social circle and enhance our networking skills while commuting to our workplace.

I realized that cab sharing was actually the next social networking site where we get to see real people and know more about them. We can even get motivated by them. Sometimes the vibes are negative but we can always block them using our headgear.

Earlier I was driving down to my office.  But I had joined a startup a couple of years back. It was based in the suburbs of Koramangala. It was at this time that I started using cabs for my daily commute.

I realized that sharing a cab would be more economical for me. But I wondered how safe it was for a woman to do so.

That was the biggest question that I had in my mind. I was already married. So I did not have the inclination to meet new or interesting people at this point in time in my life. There were no butterflies in my stomach when I met someone new.

But the skyrocketing petrol and diesel prices left me with no choice. I had to opt for a shared cab ride every day. I wondered how I would sit and what kinds of answers I would give when fellow passengers asked me questions. I wondered whether I could turn up the volume of my music. I wondered if it was necessary to greet my co-passengers.

The cab came to pick me and my trip started. The driver stopped at an apartment which was very close to my house. A co-passenger had to be picked up from that apartment and I had no clue about who it would be. The app did not show the name because that feature had not yet been activated on my phone.

My co-passenger was late by 10 minutes. I was a little annoyed. She apologized for being late.

I acknowledged her apology but did not speak much. She then introduced herself and we started a conversation about the area that we lived in. She suddenly started talking of an annoying man who did not allow people to take their dogs out for a walk near his house during the night. She constantly referred to a house in the corner of our locality.

She seemed to be pointing out to my house and the person that she was referring to was my dad.

She paused for a while and asked, “Do you know this man?” I said, “Well, he is my father.” There was silence for a long time. But that did not stop us from conversing and we went on to become good friends. We met for coffee whenever we could and sometimes even went out for lunch.

I appreciated the fact that she did not hold herself back that day. It helped me earn a good friend and I learnt how to break the ice from her. I also learnt to apologize when we make someone wait for us.

My cab sharing experiences became very interesting from then on. I once met a football coach who could relate sports to anything in the world.

He taught me how to set logical goals in life.

I also met a woman who healed through music.

She chose music according to the moods that we had and this made me wonder how all this was created initially. One day, I happened to meet a person who was getting dropped before me. We started a conversation only when we were about 2 km away from his destination. He wanted to know where exactly I would get off. He was shocked to learn that I had the longest commute.

We talked about our professions and our qualifications. To our surprise, we discovered that he too was an alumnus of my college. He too had worked on a project that I had worked on with the same client.

This reiterates the fact that the world is indeed a small place.

I once met a woman from an NGO. She was very energetic and enthusiastic.

She sang a song for all of us in the cab. We sang the chorus for the song and the driver too joined us. The journey seemed lighter all of a sudden.

We were not worried about the traffic or the potholes or the traffic lights that day. We were creating a small world which connected us to real people. It was economical, helped reduce the traffic on the roads and lessened the pollution levels.

Sharing has always been caring. We live in a land where real people matter - not reel. So essentially we should be looking forward to connecting with new people all the time so that we can learn from them and get motivated by them. It is akin to creating a virtual joint family which is connected for a few moments. It reiterates a concept called ‘Vasudhaiva Kutumbakkam!’

We should primarily understand that we are people. But we seem to be running away from ourselves. A safe society can be built not only by eradicating problem creators but also by being well connected with one another.

The virtual world can never ever replace the charm of interacting with diverse people in real life. A slight shift in perspective can transform a boring daily commute into a lively memorable learning experience. Share this young woman’s story so that we all imbibe such experiences with an open mind and heart.

SINGLE WOMEN BAD WOMEN
BAKKAR. CHAI. SUTTA
YOURS GEEKLY
LIFE IN THE TIMES OF CORONA
YOUR STORY
The Golden Bird