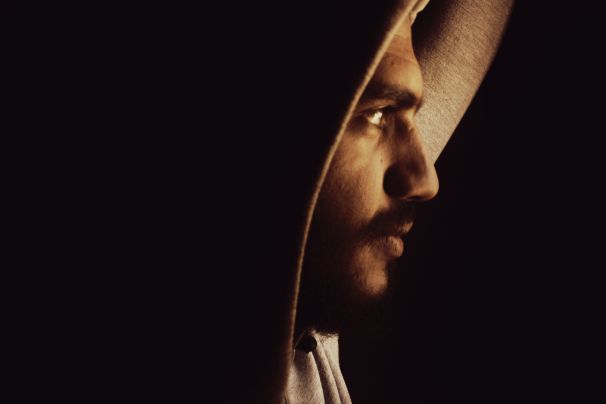 This story is about the time I got an admission in Lovely Professional University for my further education, in 2010. This was a completely different setting for someone who belongs to a very small place with not too many people.

Initially, I lived with a few friends and all we did was have fun. My roll number was 50 and I was always absent from class.

One day, in class, as the lecturer was taking attendance, a girl’s voice came from behind as my name was being called, “He’s not here today, as always.” I was mildly amused and quickly announced that today, for a change, I was in class.

There were a few snickers in class, but that was the first time we spoke. I found out that she had a boyfriend but somehow, that never stopped me. I paired up with her, during all our project work, in class and outside. As time passed, we began spending a lot of time outside of our classes too.

Her boyfriend realized this and soon began getting possessive. He hated seeing her with someone else and soon began bunking classes to spend time with her. But she would always say no and attend her own classes.

Because of this, they began fighting all the time and it didn’t take them long to start finding reasons to stay away from each other. Our university began a PDP Program, one for just a few select students for around 15 days and we both attended this.

During our semester break, we ended up spending more time than usual with each other. She used to select outfits for me and soon we both started wearing clothes that the other liked, or not wearing the ones that we both disliked. After the holidays, we both had to go to Chandigarh for our training. We were never on the same team, but we would meet as often as we could. One night, she was feeling lonely, and she asked me if she could stay with me. And that’s when I kissed her for the first time.

Once our training was over, we had to go back to college for the rest of our two semesters. She didn’t want to disclose our relationship to her friends, but these things couldn’t be hidden for too long. She began coming over to my room often and she began spending time with my friends too. We’ve been intimate and it’s been wonderful.

But it seemed like destiny had something else for us. I began searching for jobs, but this was a real struggle for me. When I was in Delhi, she’d be in Chandigarh. She was all that I could think of. And it became tougher and tougher for me to concentrate on anything.

I got a Government job in 2014 and work has been going uphill for me. We tried to meet, as often as we could, but things were getting turbulent.

When it came to talking about our marriage, it was difficult: she was Muslim and I didn’t want her to convert. But I know that society wouldn’t allow us to live comfortably. She is and always will be the first lady that I fell in love with.

I’m getting married to someone else, very soon. I’m not confused about her, but what I hate is that all it took was our religion to keep us apart. I know that I’m not the first person to not get married to the love of his life, but it hurts. A lot. But as they say, life should go on.

Share this story, because it's time for our society to change their thoughts on religion when it comes to love.