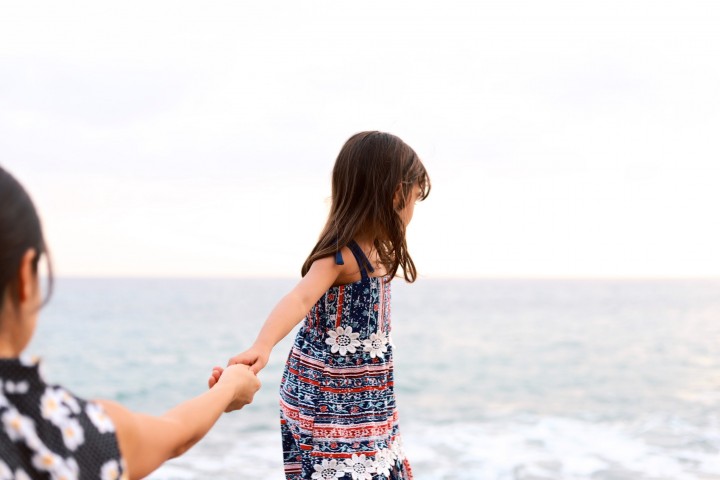 The day you left this world and left mine shattered, it was your last words or question that I will never have an answer for.

It all started when mom had a brain hemorrhage and she left me behind in the blink of an eye.

27th Aug 2016, it was 12.35 am at night when I just woke up and found my mom sitting on the edge of her bed, holding a window with one hand but I was not well, I had a high fever. I was also very sleepy so my first guess was that my mom is trying to look at my cousin who always tried to sneak out at night when everyone was asleep. I was wrong, when I asked my mom to not worry about them and sleep peacefully, she said she was struggling to go to the washroom.

She wanted to go to the bathroom and she was unable to stand up and go. I immediately stood up and switched on the light and tried to help her but she was unable to move. So, I asked to just pass urine in the room and we'd clean it up later. But I had no idea what she was going through internally. The moment I realized she was not okay, I immediately got some pillows and put them all under her neck, and tried to make her swallow her BP medicine as she was a hypertension patient. Looking at her, I was able to figure that she had high BP.

But as I was giving her the pills, I saw her feet turn in opposite directions, her hands getting stiff and in a shaken voice, she said,

After hearing this, I started shouting, told her nothing is happening. I saw her eyes full of fear and her tongue twist. I was unable to accept what was happening. There was a voice coming out of my mother that I will never forget. I was crying, trying to call my chacha who lived just in the next room. I was crying for her help and he immediately came up.

We tried to grab her and take her to the hospital but my mom was in little sense. She denied going to the hospital. Without wasting any more time, we rushed to the nearby metro hospital emergency where they checked her BP, which was 245/ 210. After seeing that, they denied admitting her and asked us to take her to some other hospital.

We then went to Jain's neurologist where they kept her for some time and started giving her treatment and also started doing some tests. After a few hours, the test report came and they told us that due to high BP that shot up, she was paralyzed and there was 90% brain damage in between shifting of hospitals. I called my mother's brother and sister who immediately rushed to the hospital. But who knew what destiny has in store for you.

Another shock for me came when in between the treatment, doctors called me and told me that her condition was very critical and they didn't have the facility for further treatment. Everyone started the search for a hospital where we could take her but another news came in just then that there is a strike at government hospitals from next morning for a week's time. Hence, there would be no chance of mom getting shifted to any other government hospital.

The only hospital we had an option for was the Max hospital. I was not in favour of it due to a past experience but mom needed immediate medical attention so we took her there.

Somewhere deep in my heart, I knew then that I had lost her. But I still had hope, I didn't give up waiting for a miracle to happen. But despite surgery, medical treatments and a fight of 24 days, mom bid us goodbye and I was left alone just like an orphan.

And her question, "Mera kya Hoga" strikes me still every then and now.

A Man With A Woman's Heart

Here's Why Everyone Should Learn How To Save Lives