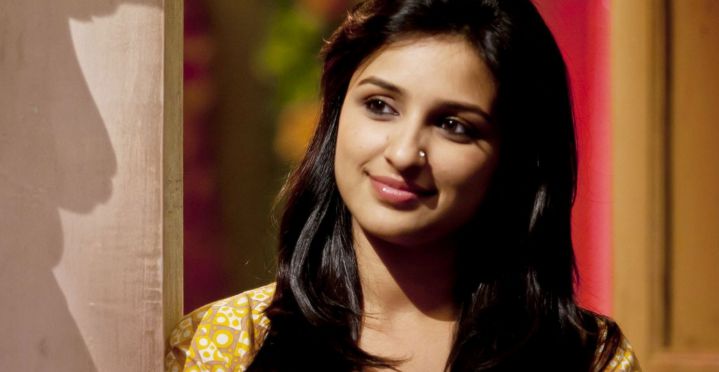 Most girls feel that entering into any kind of a relationship is a big distraction. They want to experiment with new ideas and focus on their career.

They feel getting married is a challenge which is not worth the investment.

But I ended up getting married to a wonderful guy. Now I don’t think marriage is a challenge. We just have to find the perfect guy.

It all started when I got a job at an engineering college. I was happy to get my dream job. I was glad that I could pursue my post graduation while I was working here. One day, I was just sitting in the college lab along with my bestie. I shared everything with her. I was very depressed because I had lost my mom just a few days back. I just wanted to move on with my life. Both of us were just browsing through the internet because we were free. She had created my account on shaadi.com and I laughed when I saw it. I found it really funny.

I said, “Shaadi? Wo bhi meri?” I was not yet ready to take up that kind of a responsibility in my life right now.

But I knew we were just having harmless fun. Both of us would always open the account whenever we got together and one fine day I got a request on my account.

I was free when I got this request. It was June and the students were still having their holidays. So we didn’t have to prepare for our classes. There was not much work in the college at that time so I accepted the request. I just went through the profile of that guy. It was good. He also had an engineering background. But I was not very sure about going ahead with this. I could not trust him simply by seeing his profile on shaadi.com. I just started chatting with him because he seemed like a nice interesting guy. I thought for a while before sharing my number with him. But still, I just went ahead and gave it to him.

We now started talking over the phone and chatted on WhatsApp quite often.

He would send me messages every now and then. All his messages were always formal and courteous. He would wish me ‘Good Morning’ and ask me how I was doing etc.

It was nothing much but I was happy to see that he interacted in a decent manner.

We soon became friends and started talking to each other for a long time now.

We became attached to each other without even realizing it. We had a good time. I was happy because I had found a good person.

But one fine day he just blocked me on WhatsApp. I just could not accept it. He then stopped calling me. For the first two days, I just assumed that he was involved in some work or was busy dealing with some problem. But I wondered why he had not even mentioned it to me.

It was fine if he did not want to talk to me anymore. But he could have at least informed me about it, isn't it?

All these kinds of questions now haunted my mind.  I started feeling sad now. We were not in any kind of relationship as yet. We had not even met each other. We had talked to each other only over the phone but still, I felt sad that he had stopped talking to me.

How can a person just decide to vanish from someone’s life? I found his behaviour very surprising indeed.

I tried to call him several times on his birthday but he never received my calls. I tried calling him from another number too but he didn’t pick up my calls from that number too.

What could I do? I couldn’t say anything. He had not done anything wrong to me. We had only talked to each other. So I just moved on with my life. I wanted to forget him now. But how can I forget the person I was attached to? I had no other option anyway. So I just had to forget him.

We had talked with each other for two or three months. So I decided to put him out of my mind. I started giving all my attention to my career. Pursuing a career like this had always been my dream so I just deleted his number and moved on.

I left my job after a couple of months and went to live with my sister. I now started taking coaching for my bank entrance exams. It was a three-month course. I just stayed there and studied sincerely. After I finished my coaching, I got a new job in Delhi. I was preparing to leave for Delhi when I suddenly got a message on WhatsApp from that guy.

I had almost forgotten about him but I was happy and surprised to see his message. How could a person return like that after 6 months? How could he just leave like that? I did not want to talk to him at first but I just ended up talking to him because I liked him. I liked talking to him.

I was happy because I had got a new job. I told him about it and he was happy and asked me about all that I had done in these past 6 months. I too asked him why he had just left me like that without telling me anything. I wanted to clarify everything with him that day. He explained his side of things to me and I was happy that I was able to talk to him that day again.

I don’t know whether it was love or whether I just liked talking to him or I had just got into the habit of talking to him. I just knew that I wanted to continue talking with him.

I now started waiting for his messages and calls. And we started chatting and talking to each other like before.

But this time I knew he was serious.

At home, my father now started pressurizing me to get married. In fact, he told me that I had to get married within 6 months. I was surprised and wondered how this was possible. I didn’t want to go in for an arranged marriage. I didn’t want my father to go ahead with his plans. The next time he called me, I told him everything. He too felt sad for me.

I now wondered if he had started loving me. He then said, “Please refuse to see the other boys that your father suggests. I want to marry you.” I was really surprised to hear his words. And it was then that I realized that I too loved him.

Well, I didn’t really know at that time if I really loved him but at least I knew that I liked him.

He talked about me to his family and I discussed his profile with my father. Both the families agreed to the match and we are now married to each other.

P.S. We are very happy after getting married. Please read my next story to know more about my married life.

‘Marriage’ becomes a ‘challenge’ only when one person is forced to make all the compromises. All of us have our fair share of dreams and ambitions. We all have to enable one another so that we can all realize our dreams. We all have to shoulder all our responsibilities with élan. Let’s share this story and learn to be more sensitive to the dreams/goals/feelings of our spouses too. Let’s work on this beautiful relationship to create that happy space in our lives.

Also Found in Relationships , Marriage , happily ever after , husband and wife , Love .