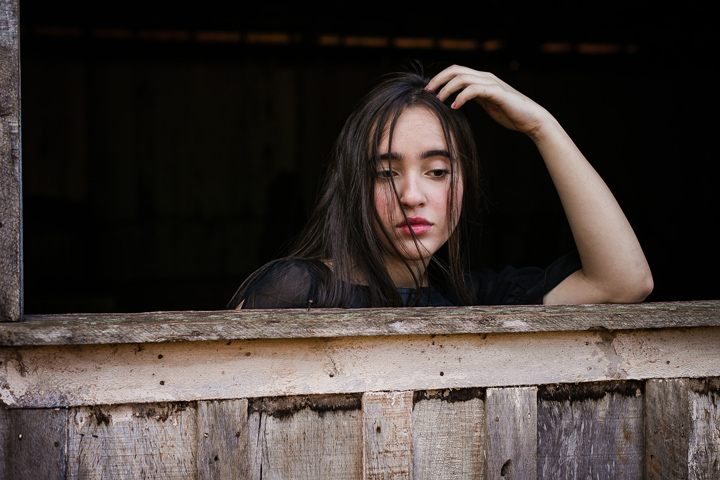 I met a school friend of mine at a party that was organized by another school friend. We had passed out of school four years back. We had never spoken much to each other when we were in school because I had been an introvert back then. We just knew that we were in the same class. But we hit it off immediately at the party. We exchanged numbers and started messaging each other. Soon we started calling and meeting each other.

But I never had the guts to meet him alone. I always took a friend with me. We spent a year getting to know each other. I knew I had fallen for him but I was scared to broach the topic with him.

I was experiencing love for the first time. In fact, I had many of my firsts with him. We went out for dinner and to clubs and movies with our friends. My family is quite broad-minded.

But I was scared to discuss my relationship with my parents.

He urged me to ask my parents if I could go out for a 31st December party. I was extremely happy when my parents gave me the permission to do so. I shopped for a nice dress with my pocket money. I clearly remember that evening even today. He held my hands for the first time so that I could wear my heels.

I thought he would ask me out that night but he didn’t. Neither did I have the courage to ask him to do so.

We spent a lot of time together and got to know each other better. We usually spoke to each other at midnight and had got into trouble several times because of this. My parents knew that something was brewing between us. When they discussed it with me I told them that he was just a friend.

I didn’t reveal my feelings to my parents.

We had somehow got into the habit of using a lot of “ifs and buts” while expressing our feelings to each other over the phone. One day while we were having our usual talk at midnight I said, “Let’s not talk in ifs and buts. I’m telling you that I love you.” There was a sigh at the other end. I then said, “What about you?” He said, “Yes, I love you too.” Our love story had begun now. We spent three fabulous years together. Our families were involved and my grandparents too gave their consent to our relationship.

Things were going on really smoothly and fantastically in our lives.

We even went through a phase of being in a long distance relationship for 3 months. We lived in different time zones during this period but we did get through this too. Our group of friends considered us an ideal couple. They envied us but we took it positively and sometimes felt proud about it too.

We now started facing a rough phase in our lives. I was a year older than him and had reached the marriageable age. My parents wanted some action from their side. He couldn’t officially tell us anything because his father was not keeping good health at that time.

Also, he wanted time to gain financial stability before seeking my hand from my parents. My parents were not willing to accept a commitment from him. They wanted it from his parents. His parents were reluctant to give us any kind of commitment because they were not financially stable. I succumbed to parental pressure and called the relationship off.

Another main reason for my decision was that I had found his behaviour immature at that time. So I convinced myself saying that my parents were right about the decision we had taken. We continued to keep in touch for two more years after which I got married to another guy. It was an arranged marriage and this turned out to be the worst decision of my life.

I went through mental, emotional and financial abuse in my married life. Three years later I walked out of my husband’s house.

I got in touch with him again and it took me a while to convince him that I had taken the right decision by opting to get divorced from my husband. My family and I had given my marriage our 100% and we had taken a call about it as a family.

We knew it was time to take this harsh decision in my life. I lost my health, self-esteem, confidence and faith in relationships due to my marriage. But he stood by me through thick and thin.

My divorce finally came through after a year. He helped me go through the toughest phase of my life. I had switched jobs. My mother was dealing with chronic health issues and I was still trying to come to terms with my turbulent divorce.

He tried his best to keep me happy and infused some sanity in my life. He made no demands on me. But I made him my punching bag. I vented out all my anger and frustration on him and he took it extremely well.

We became closer while I was struggling to get divorced. I was scared to acknowledge this completely. I now lived with a set of fears.

I was scared that my relationship with him might have an adverse impact on the legal proceedings. I wondered what the people of my society would say. I was scared of what my family and friends would think about me. I wondered if our respective families would accept our relationship now.

All these feelings were driving me crazy. I was harsh with him. I fought with him over small things. I avoided him and talked to him bluntly and rudely. I was completely messed up so we now shared an on and off relationship.

Four months after I got my divorce my parents started looking out for me. They created my profile and posted it in various matrimonial centres and websites. I gave in to their wishes again because we were unable to manage mom’s health now.

I don’t know how it happened but I ended up falling for another guy whom I had met through a family friend. I told him that I still felt deeply for my first boyfriend. He was completely shattered when I told him about it.

He had been loyal to me and had felt deeply for me even when I had been married. He had not yet moved on from me. But when I told him about my first boyfriend he called off his relationship with me. But we do maintain our friendship.

I accepted his decision very positively and was very cheeky and brash about it.It took me a while to realize my feelings for him. But now it is too late. He does not want to enter into a relationship with me. He says he is scared. I agreed with him and accepted his emotions. We are still friends but he says that if I am able to rebuild the faith and the confidence that he had in me he will come back to me.

I want to apologize to him through this story. I just hope he comes across this article. I know I can’t go back in time and undo things or clear the mess that I have created. Sometimes I felt that those two horrible years of my marriage, that one difficult year of divorce and the situations and the environment at home have made me a nut case.

I know I have become an emotionless, erratic, impulsive and eccentric person now. But my past experiences and relationships have moulded my personality. I just want to protect myself from getting hurt again. I think that this is a very fair thing to do too. But in trying to protect myself from getting hurt I ended up harming myself all the more. My fears have made me an irrational person. I started misjudging situations and the people around me.

Sometimes I feel so damaged that when someone tries to give me something that I really deserve, I either sabotage it or push that person away because I don’t know what to do with it.

I want to make up for all the lost time. I want to make him feel loved. I want to be by him in all the ups and downs of his life. I want to have a family with him. I want to regain his faith and his trust. I want him back….I just hope and pray that things fall into place for us. I also want to tell him, “I'm sorry I messed up things between us. I know I am a mess but please don't give up on a mess like me. This mess loves you.”

The most important lesson that I learnt in this past year is:

Don't let anyone or any situation turn you into a cruel person.

Sometimes I wanted to give the world a taste of its own bitter medicine. But in the process, I ended up losing myself and harmed my loved ones too. Now I know that this was not worth my while.

I’m done being at war with myself.

I think I should take up mental health as a profession. I am seeking help to heal myself mentally, emotionally, physically and spiritually. And yes, it is OK to ask for help rather than harm ourselves. Despite all that I have faced I still feel true love exists in this harsh world.

Maybe we put on a tough façade because we do not want others to know how vulnerable we are. Let’s share this young woman’s story and learn to accept that we are hurt. Why do we all feel so guilty about having our own set of fears? Maybe we feel that no one will understand them. But our fears are very real to us. Let’s confide in our loved ones and learn to ask them to help us overcome our fears/past hurt.