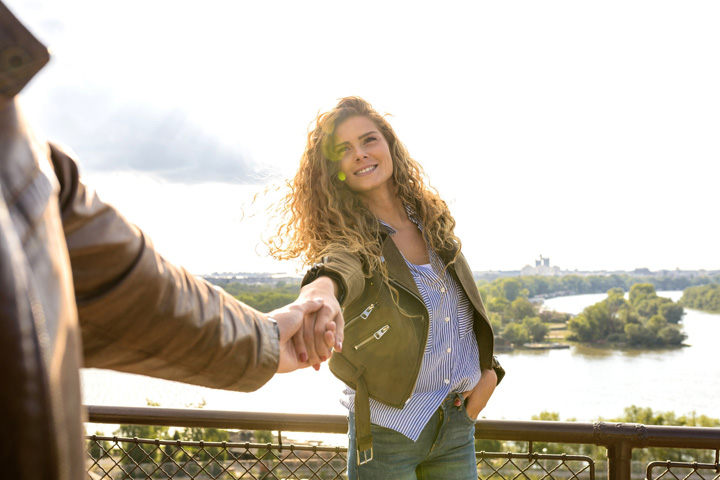 I am Isabella. I have changed my name here. I have been with a guy for 8 years. We’ve really been in love with each other for a long time now. We plan to get married in 2/3 years time and are eagerly waiting for the day when we will finally be together forever.

We fought for our love right from the start.

We ensured that our families and the society that we lived in accepted us. We belong to different communities, religions and classes but everything turned out to be okay for us.

One day I met this guy called John in my class. I was attracted to him right from the start but I always avoided him because I was a loyal person.

I couldn’t even consider the possibility of flirting with another guy when I was committed to my guy. But fate had a roller coaster ride in store for me.

John became friends with me. He started coming to my house even when I didn’t want him to do so. He texted me all the time and made me feel special.

He confessed that he liked me. But I told him to expect nothing from me because I was already committed.

Meanwhile, my guy had started becoming extremely possessive about me. He dominated over me and I hated it. He forbade me to go out with my friends when he was not with me. We fought every day. And whenever I felt upset John made me feel happy. Slowly I started falling for him.

I told him that I liked him too but we could only be friends.

One day, I came to know that he had a girlfriend too. He had lied to me saying that he was single. His girl called me and shouted at me. When I asked John about her he told me that he was not happy with his girl and was planning to break up with her.

I believed him. But his girlfriend called me again. So I avoided him for a month.

But later on we met again at a concert and everything started all over again. We became friends again. Things moved at a fast pace between us. We started meeting alone and shared a lot of our personal stuff with each other. He then kissed me.

I didn’t want to cheat on my guy but it just happened. I wasn’t strong enough to stop it. He said he loved me and I told him that I loved him too.

Later my boyfriend caught me lying to him and going out with John. We had a huge fight.

I could see that my boyfriend was completely broken by what I had done. I felt bad and realized that he didn’t really deserve any of this.

My boyfriend thought I had slept with John. This was not true. Maybe he realized this because he forgave me and accepted me again.

I told him that he could leave me if he wanted to but he didn’t want to leave me.

I ignored John for a few days. But I got in touch with him again because I just wanted to tell him that we could never meet again but we could talk and be there for each other whenever we faced some kind of a trouble. John acted a little weirdly when I told him this so I started avoiding him again.

A few days later I saw that he was back with his girl. I avoided him totally now.

But a few months later I realized that someone had created a fake profile in my name on Facebook. I was talking to John in this fake profile. Nobody knew about us except John, me and my best friend. I knew my best friend would never do anything like this.

So I knew that it was John who had created a fake profile in my name. I realized that he was trying to ruin my name.

When his girlfriend contacted me again I told her that I hadn’t been in touch with John for a long time now. I gave her my word that I would never come between them again. I didn’t tell her that all this had happened because of John’s lies.

I told her that I wasn’t a hoe to steal someone else’s man.

I don't feel bad because John and his girl are back with each other. But I am really hurt that John tried to harm me. I had trusted him too much. I had loved him too much. But in the end, he turned out to be a man who had cheated his girlfriend by lying to me and then ruined my reputation for no reason at all.

I am happy with my guy now. But I regret my earlier actions.

I wish I could rectify that one mistake that I had committed. I also want to wipe the pain out of my boyfriend’s heart. He has forgiven me but he is not the same person anymore.

He has become insecure and weak now. But he still loves me a lot. I am trying to make up for my mistake. We are getting married in the near future.

Often we do not even know that we are making a mistake. It all looks so fair and right to us. Sometimes our mistakes change the course of our lives. Yet at other times, our mistakes bring us closer to our loved ones. But first we need to accept our own mistakes. Only then will we grow as a person. Only after that will we try to make amends. Let’s share this story and learn to forgive ourselves/others when we/they make mistakes.