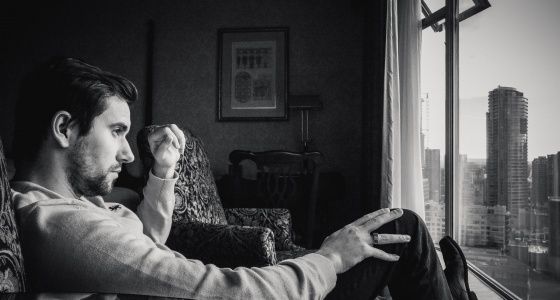 Life is unexpected; one needs to be careful even while making a wish to God.

Moving from a small town to a metro was an exciting time in my life - a better organization to work for, better salary and a metro city to enjoy life in. I was eager to meet new people and hopefully several girls too.

There was also a good chance of meeting my special 'one'.

The new office was a vibrant place with all kinds of people. I made quite a few friends on day one itself. A few pieces of training also gave me the chance to make some more new friends. I became a known face on the floor with some girls even expressing an interest in me.

But the best or the worst part was being the only guy in an all-girls team.

My team had 4 girls; two of them are married, of whom one was a good friend of mine. The other two girls were in committed relationships but one of them was also famous among guys for her beauty. She made friends with me in no time.

I never felt attracted to her but on her demand, we frequently started going out for ice cream and coffees.

One weekend, I wanted to go for some brewed beer, so I asked her if she wanted to join. She happily agreed. I picked her up from her place and we went to a famous brewery. I was enjoying my beer while she kept talking all she could, which I was listening to only partially.

Then we went to another popular place where we sat for hours. I was enjoying the people around, the breeze and happily blowing away soap bubbles. She continued talking and all I did was nod. The night got over but its effects remained.

A few days later, during a general conversation, I asked her about another girl. She got upset.

Within seconds, she packed her bag and went home, citing ill health. I could sense something was wrong.

After some days, we were having snacks, when she quipped, "You like that girl na?” I couldn’t figure whom she was talking about. She was referring to the girl I’d asked her about earlier. I said, “No, I don’t, but why are you asking?”

She told me that a friend of hers likes me a lot and she wanted to know if I was single and if I liked someone or not. But I had already told her that I was single and I certainly didn’t like the other girl.

However, I clearly stated that I was not looking for a relationship, so she should tell her friend to stop thinking about me.

But such feelings are hard to suppress. A few days later, she pinged me and confessed that there was no such friend and it is she who likes me. I wasn't surprised and calmly replied that it was sweet of her but I had no such feelings for her.

She said it was ok but was also scared that our friendship would be affected. I promised her that it wouldn’t; after all, I was not one of those narrow-minded guys.

She was slightly elder to me and I thought she would be a sane and mature person. That is where I misjudged her.

Things were normal until one day when both of us went out with a group of friends. The girl I’d inquired about was also there along with a guy who liked her.

We went to a pub where she was the only teetotaler and was enjoying soft drinks while the other guy was down in two shots. So her friend and I were the only people drinking and were the last to leave the pub that night. We all headed to the same public place to enjoy the breeze there.

My friend suddenly went out of control and asked us to leave her alone.

The guy was a little drunk, so now the other girl and I had two people to take care of after all that booze. But we managed them quite well. Her friend knew about her feelings for me, so she asked me to sit and talk to her. I obliged and started conversing with her.

That is when she told me that everyone had always rejected her. From her friends to her family and now the first guy (me) whom she ever liked.

She wanted to know the reason; was she not good enough? I honestly told her what I had in mind; she was good but I didn’t feel anything for her. I tried to convince her and cheer her up.

Finally, that night was over and we headed back, but things were not the same anymore.

I was now afraid of her, as she had tried twice to commit suicide 10 years ago.

I could sense that she was in depression and now I was also a cause for it. It was a scary time.

I kept my calm and tried to be normal with her in office. Being on the same team, she would sit next to me and speak only to me, making the others wonder. I’d partially ignore her and she would get turned off.

Every two-three days, she would Whatsapp me asking me why was I ignoring her and being unresponsive.

I told her that was how I was. I couldn't be too rude, so it always ended with her apologizing and me saying that it’s ok. A few months later I resigned, as I didn’t like the work I was doing. She was very unhappy with this decision.

As my last day was getting closer, she became more and more fragile to handle.

Just a week before my last day, a female friend of mine suggested that I tell her that I like someone else so that she wouldn’t bother me after I left. She said that I could use her name and pictures. The very next day I told her the same.

She had seen every single photo and picture on my Facebook, so she knew exactly who this friend was just by her name. She was extremely angry and left the office within an hour of coming. She didn't even go to her hometown for Diwali, as it was my last week in office.

She flooded my Whatsapp with messages through the day. She felt heartbroken.

Again, I made her realized that we were not committed and I could do as I wished in life.

It was a tough day. She cursed me that I would face the same rejection in my life. The very same day, things became bad between my friend (who had posed as the girl I like) and me.

I wonder if Karma has hit back, or is it just a bad phase?

Now I have no control over whom I want or don’t want. Should I have wished carefully?

Share this story because all of us have faced rejection at some point but you shouldn't be discouraged. Keep trying till you find your special one.