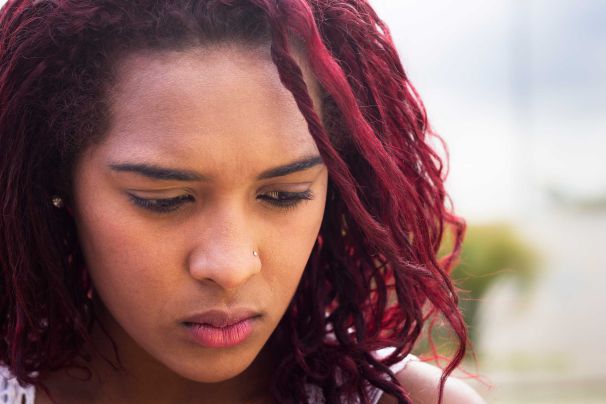 Be brave. At least face me and state the reason for not being mine...

We knew each other since we were kids, as he is my second cousin but I never wanted to talk to him as he seemed to be a person of attitude. My cousin sisters always praised his multi-talented and humorous nature. Once we met at our cousin's marriage and for the very first time, talked to each other. I was in class 12th and he was in class 11th, he is 4 months younger than me. After the marriage got over, we started exchanging text messages. He told me that he wanted to be my friend and I accepted it, as I had developed some liking for him. He told me that he is missing me a lot and he didn't know why.I loved to hear this from him. But once, my cousin sister checked his mobile, read our conversations and started teasing us. So, in order to avoid this mishap again in the future, we stop exchanging messages.

But this was not the end of our story.

We met again at my other cousin's wedding, after a long time. I had just joined a PhD course and he had completed his BTech degree. We talked to each other for hours during the ceremony and I could always sense a smile of content on his face, whenever he saw me and felt the same reflected from me too. On the wedding day, he came close to me and said: "ladkiya saari mein bahut acchhi lagte hai." I smiled at him while replying - "Are you talking about all girls or about me?" and he smiled back at me. Both of us teased each other during the wedding and time passed within the blink of an eye. We soon had to return to our respective homes. As soon as we parted, we started exchanging messages, as both of us were missing each other. After 2-3 days of frequent chattings, he suddenly asked me in one of his chats -"Do you love me? say yes or no. I want to know nothing else".

I was shocked by his message and was unable to comprehend what and how to reply.

I tried to change his mind with my reasoning, saying we are relatives and that he was younger than me. But he was not in the mood to accept my denials and told me that he had never seen me as a sister nor did the small age difference matter to him. Apart from liking him, I also liked his family a lot - I admired his parents and his younger brothers also shared a strong bond with me. So, I thought it would be my good fortune, to be a part of his family. I didn't respond to him immediately but instead started talking to him for long hours. For the first time in my life I was feeling so deeply for someone and surely, I thought I was in love.

But suddenly he disappeared...

There were no calls from him, nor any response to my calls and messages. I felt helpless, Cried a lot, consoled myself and slowly started recovering from his memories. But, this too was not the end of our story. He re-emerged and called me at midnight, during Valentine's week and started to ask me the same question "Do you love me." I didn't respond to him in positive, but I started talking to him again.

Whenever I talked to him, I always forgot about all his faults and felt so happy and good.

Many times he used to say he'd call me in 5 minutes. I'd wait for his call till late in the night and go to bed crying that he doesn't even understand my feelings. But whenever he needs me, I had to be there with him and I loved to do this. His disappearances and reappearances became a part of my life. I accepted him every time he came back, as I loved him a lot and consider him to be my future husband.

After three long years, we get a chance to meet again at another marriage. He told me that he was attending this marriage for me. I was pleased to hear this. He looked at me with great affection and a loving smile. I was very attracted by his gestures. He praised me a lot for my beautiful eyes, my smile and I felt delighted by his presence. One night, it so happened that we were sleeping adjacent to each other. Although it was a mantap, the room was full of people and even my father was sleeping in the same room. He came closer to me, whispered that he loved me and that since he was now so close to me, he felt it very strongly. I drifted towards him and it was one of the happiest moments of my life. For the very first time, I replied to him that I too love him. He seemed very happy on the next morning and took every opportunity, to be with me during the whole wedding. I still cherish those moments. After the reception party on the next morning, he had to take a train and leave. We talked to each other the whole of the previous night. I was teary when he was leaving, but he consoled me and asked his brother to take care of me. After reaching his place, he called me, saying that he is now very sure he loves me and I can now call him my boyfriend. I was on cloud nine as he was my first love and I always wanted him in my life. I am a shy girl and not good at expressing my feelings. But for him, my feelings were so intense that I told him several times that I love him and want only him in my life.

But suddenly, he left me again and this time - forever.

Him not coming back again, I don't know what was or even if it was my fault. I called him several times, to get to know why he left me, but he never told me the truth. Sometime to get rid of me, he'd tell me that he is not that good to be my better half, but I don't believe this. It's been about three years now. We haven't met again. I still love him but always feel some doubt, of what I may have done (except love him with my whole heart) that he left me, without any answer.

Share this story to spread awareness of cheating lovers.