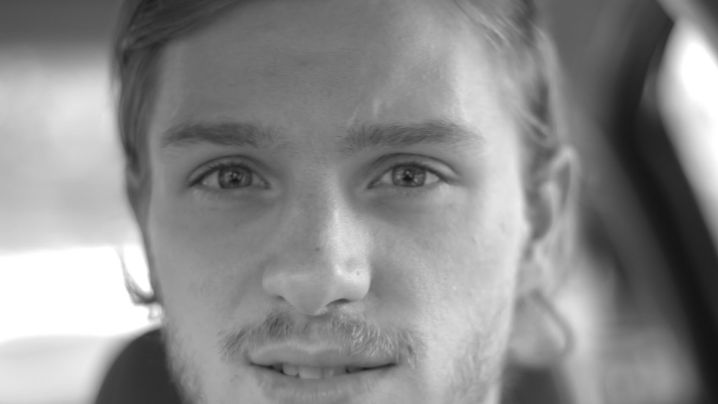 This is a simple story of a girl and a boy. A guy, Mr X was casually browsing through his Facebook page when he saw a girl with a beautiful DP. Though he saw only her DP, he liked her a lot. Mr X and Mr Z, his roommate, had a kind of a childish deal between them. The deal was, ‘If Mr X liked a girl, his roommate Mr Z could not talk to that girl!’ But like all other guys, Mr X lost interest in her and started ignoring her after a few weeks. The reason for this was very simple – ‘He wasn’t very impressed by her new DP because it was not too good.’

Since Mr X had already lost interest in the girl, Mr Z knew he would not be breaking the deal that he had made with Mr X. So, he decided to start talking with that girl. He already knew from Mr X that the speed and the technique with which she responded to chats was awesome. Mr Z found it easy to become friends with her because they had a mutual friend on Facebook. He had already gathered some information about her from Mr.X so they started chatting about personal matters after a while. They discussed their past and helped each other with suggestions too. Slowly they started making fun of each other. It was a normal simple story that happened in the Facebook and WhatsApp era and they did all these things by just sitting in front of a screen.

Actually, Mr Z realized that he had a problem. He could express himself very well when he chatted virtually. So, he chose not to meet her in person. Even if he did see her on the college campus, he pretended as if he did not know her at all.

Like all other guys, he too teased her by saying that, ‘Teri roommate se setting karwa de.’  They had a friendly relationship and all was going on well.

He recovered from his past slowly with the help of his new Face book friend.

But finally, he knew he had to face the reality and meet her in person. Since he had no intention of impressing her, the meeting went quite smoothly. After a few days, they went out together to explore a small hilly place. They got drenched along the way. Mr Z was a photographer and he took several photographs of her. She posted one of his photos as her Facebook DP and to their surprise, it got the maximum number of likes. Things were progressing at a slow but smooth pace. They started hanging out together and got to know each other pretty well now.

Mr Z knew that he had started falling for her. His previous relationship had already taken a bad turn so he did not really want to commit himself to this relationship now.

But he realized that if there was one thing that he could never control in his life, it was his feelings. He had a tough time now because he knew he had started trying to impress her subconsciously. He was conscious about it now. He did so many things for her and she too accepted all his gestures and tokens of friendship. She too enjoyed this phase of her life because he was the first guy who was doing all these things for her.

Mr Z knew he had a unique way of expressing his love for her. He would never confess his love for her directly. But she would understand the love behind his gestures especially when he surprised her by doing unexpected things for her.

One day, they went out for a long drive.

The girl confessed to him and said, "I can never return all that you are doing for me. I think it will be better if you move on because someday you will get hurt. I have already faced the pain of being hurt. I don't want you to face that pain because of me." It was a sweet and simple way of saying ‘NO.'

But Mr Z was stubborn. He could not control his feelings now. He opted to maintain their relationship for as long as it lasted. The girl too did not want to break off their friendship. She thought that after they finished with their college, the feelings that they had developed for each other would fade with time.

Mr Z knew that most people fought to get the love of their lives. So he too did the same thing.

A year later, they both got transferred to the same place.  It seemed as if they were still enjoying their old college times. The only difference was that they both were working now. They went out shopping together, enjoyed going to the pub and had started sleeping over too. Mr Z started falling for her even more deeply now because they could now spend more time together than they had in their college days.

Her birthday was around the corner. He wanted to celebrate it very nicely with her because it was her first birthday after he had started working. He gave her a guitar on her birthday because it had been something that she had wanted since childhood. She had never told this to any other guy in her life so far because she felt no one had cared for her so deeply like this. Mr Z thought that maybe someday she would appreciate the efforts that he was taking to win her over. He hoped that she would accept him when she realized this. All these positive thoughts kept him alive.

One day, he got a call from her mom. She needed some money very badly. He was just being his usual kind self when he lent her Rs. 26,000/-. He even saved her mom’s number on his phone. When she got to know about it, instead of questioning her mom, she stopped talking to Mr Z.

Despite taking the efforts to lend her the money, he ended up apologizing to the girl several times. He was not at fault anywhere but he knew that he loved her. He realized that he would definitely have to convince her every time something went wrong.

He too started struggling financially because he did not get the money back in time from her mother. But he never said any of this to the girl because he was scared that she would stop talking to her again. He just kept quiet.

Now, things started becoming complicated in their relationship. There was no transparency anymore.

One day, the girl lost her phone. He helped her out a lot by complaining to the police, tracking the phone etc. He gave her his old phone because she had to survive for a few days before buying herself a new phone. She was facing financial challenges at that time so he asked her to use his credit card in case she needed more money.

But the real picture became evident to him after helping her, supporting her and doing so many things for her. The end of their five-year-long story had started.

One day, she had to appear for an examination. The girl was still using his old phone at that time. Mr Z was simply checking out the phone because a lot of his memories were associated with that phone. Suddenly out of nowhere, a guy pinged her on Hike messenger. He started scrolling up. He read all the messages and it turned out to be a sex chat. She used to send him nudes from her office while chatting with him over Hike. The guy that she chatted with had sent him some of his nude videos in return. He also found a photo which she had taken using his phone. That day was the most painful day of his life.

Mr Z had loved her. He had done so much for her. He had never asked her for anything in return. And at the end of all this, all he got to see was a sex chat,nude photos and videos on his own phone.

He had trusted her blindly. He thought she always told him everything. When some guy had proposed to her, she had told him about it. In fact, she used to irritate him and ask him if she should tell, “Yes” to that guy. He had done everything for her without uttering a single word. He had dropped her home even when it was raining heavily and had ended up meeting with an accident while returning home.

And she had ended it all like a b*t*h.

Mr Z has now started learning to say, ‘NO.' Mr Z is scared to trust anyone now. He feels love is just a word – nothing else.

‘Trust’ is a simple 5 letter word. But it means a lot in any kind of a relationship. Once it is lost, things will never be the same again.

To all the girls: Please value a guy when he does so many things for you without demanding for a single thing from you. All the guys out there are not trying to take you to bed. Some people are genuine. Such people will love you more than they love themselves. If you can’t return their love, at least don’t make him a part of your life just because you want to make use of his kindness whenever you need it.

Some people express their love by quietly willingly giving of themselves. They are like rare precious gems. Instead of appreciating their true worth, we simply take them for granted. Share this soulful story if you too believe that the love that this young man had for the girl will surely return manifold to him someday in a completely different way.