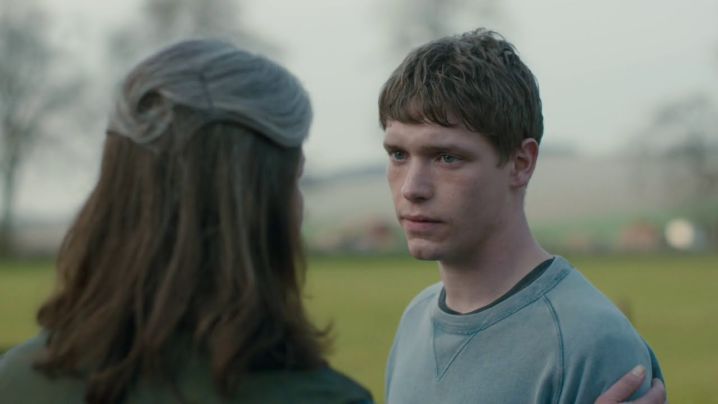 I was in a long distance relationship.

He was a guy whom I really loved, for a span of almost 2 years. I was studying engineering in Bangalore and he was doing BBA in Hyderabad. As my parents lived in Hyderabad, I would visit often and meet him as well. It was tough for us, to spend a long amount of time together, as my mom had a strong sixth sense that something was wrong. Added to this, we belonged to different castes and his family wasn't as well to do as ours, I knew I could never reveal anything about us at home.

He had promised me that when he settles down, he would himself approach my parents, to ask for my hand in marriage. He promised me that he will convince my parents for our match and that they would happily agree. I was really naive to buy all of this sweet-talk because I had just turned 18, left my house for studies and had immediately got into a relationship as well.

Everything was moving at a really fast pace.

I couldn't entirely understand the reality of what was going on. He was extremely loyal and caring, which left me unable to imagine my life without him. Our first few months together went by like a dream as he was everything I ever wanted, but then came my semester exams.
I had to focus on my studies, so that meant less talking with him, which made him very aggressive. He would argue with me before my exams, saying that I didn't give him time, though we would talk all day. I asked him how much time he needed from me, to which he replied that no matter how much we talked, it was never enough. That was true. As a matter of fact, we were never tired or bored of each other, but I also knew that I was not supposed to put him above everything and everyone. He would get mad at me whenever I went home, cause we couldn't talk or text all day, as we did when I was in the hostel.

I couldn't even hang out with my friends in the hostel, because that would make him feel that he is no longer important to me.

At times, he would even ask me to pick, between him and my friends, which would end up with us having a huge fight. But, by the next day, everything would be back to normal. I couldn't take part in any extracurricular activities in my first year of college because it would then mean less time for him. When I was unwell and my internal tests were around the corner, he called me up at night and I was in no position to talk to him. I was having a high fever with cold and hence, it was tough for me to breathe. Even then, he told me that he was getting angry, as I was unable to speak to him.

He 'forgave' me for that by saying he will manage as I wasn't doing it purposefully.

I was really mad and hurt with that statement of his. The next morning, I broke up with him saying that I need my space and this couldn't continue. He then emotionally blackmailed me, by talking about the higher stages of depression and anxiety attacks he would suffer from if I left him. I was stuck at the moment because I loved him despite his behaviour and didn't want to leave him. I tried making adjustments and told him to do the same if he wished to stay with me. He agreed, but that was only short-lived, as he soon got back to his usual needy and clingy self.

If I said anything harsh to him or told him to leave me alone, he would emotionally blackmail me by crying, telling me how much he loves me and how he would die, without me in his life.

If that wasn't enough, he would send me expensive gifts, despite me telling him not to do so and forbidding him from visiting me. When I would tell him that these gifts and frequent visits made me uncomfortable, as I cannot do the same for him, he would cry again and tell me that being my boyfriend, it was his right to pamper me or it was his way of showing how much he loves me.

What's the point of all these gestures if I didn't appreciate them?

He would cry again and make me feel guilty by saying that even though he does so much for me, I never reciprocate nor appreciate his efforts. The effects, of this mental and emotional torture, showed in my marks card. On being questioned about this by my parents, I told them the truth. They were hurt that I kept them in the dark, for 2 years for such a boy. They said that I had lost their trust, but even then, helped me get my life on track and banned me from talking to him.

I was made to change my number and to promise that I will never call him again. For 3 months, we didn't talk and during that time, he started bothering my besties. So once, I decided to call him to tell him that it's over but ended up being manipulated by his words instead. He emotionally blackmailed me again, saying that he had had a major stroke in my absence and was hospitalized for 3 days.

My world shook, as I blamed myself for his condition.

I felt very guilty and so, I spoke to him for a couple of days, till I found out that he was playing the victim card, amongst his friends as well. He had told them of how I had abruptly left him and how it affected his condition. This resulted in all of his friends blaming me for leaving him - 'a guy with a heart of gold who didn't move on, even when he had a chance to.' Some even went to the extent, of saying that I liked someone else in Bangalore, hence I had dumped him. I mean seriously,

If a girl leaves a guy, people don't even think twice, before labeling her a 'bitch'.

But, if things were the other way, wouldn't the same people, be telling me to stop crying over spilt milk? This is what I got after suffering for 2 years and losing out on everything that mattered to me. Guys, if I was really as heartless, as you thought of me to be, I wouldn't have stuck around with him through thick and thin, for two years.

Share this story if you condemn the cowardice of people who emotionally blackmail others.