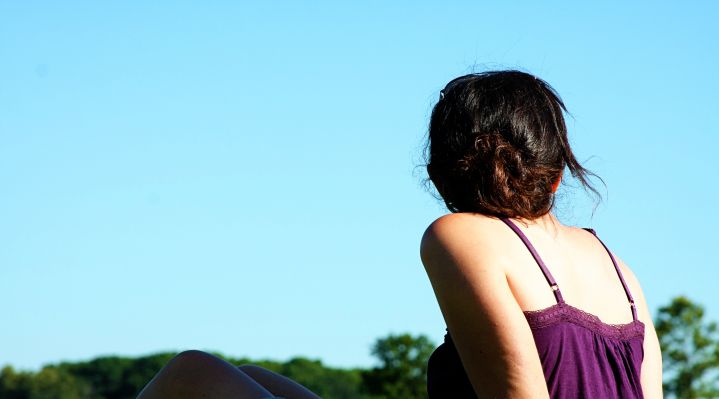 My story is about a boy who was once my best friend. It goes back to my first year of college. This guy and I were part of the same group and he was also really good around girls. I had gotten close to him then, but one of my friends told me that he was a “player” and I shouldn’t get too attached to him.

But that advice didn’t work for me and next thing I know, I got attracted to him.

My friend wasn’t happy that we got so close and one day, she told me that our friends had begun spreading vicious rumours about us.

I was in the 12th at the time, and I was shattered when I heard this. I stopped talking to both of them; my friend and this guy. I was heartbroken and decided that I should focus all my energy on my studies instead. Soon, he began dating a new girl who had joined our group. I began making new friends in college and even though we stayed in touch regularly. He kept asking me to meet him. I ignored these attempts for almost three or four months, but then finally, when I thought I had put the past behind me, I agreed to meet him.

When I met him, he told me that he was now single, he and that girl had broken up a while ago. And he had stopped spending time with our old friends and school group too. I felt sorry for him, I knew how painful it was to be alone, to feel lonely. Our conversations began growing and soon, another childhood friend of his, a girl, began hanging out with us. The three of us soon had a Whatsapp group where we joked, laughed, made plans and teased each other. It was perfect.

Soon, at a family party, we both got drunk and he kissed me on my cheek. I was taken aback because we didn’t even hug each other when we met.

I thought he had feelings for me, but I was also sure that a kiss on the cheek could be a friendly one too. I thought things would change, and it did. He began texting me 24*7. Not a single day went by where we weren’t talking to each other. He began sharing his family issues, childhood memories, fears, almost everything with me. His body language began changing around me and he kept travelling all over the city, just to meet me. He began talking to my cousins too and even introduced himself to them. He, along with my sister, began pulling my leg on Facebook, a lot!

But there was something that I always thought was a little weird about him. He used to whine about his best friend a lot. He kept telling me that she was “creepy and annoying”. And this girl would do absolutely everything for him. She would make him cakes, meet him at a time was convenient for him, but he always ignored her. He never replied immediately, he always waited for 12 hours before texting her back. He always said that she was extremely dramatic.

I kept waiting, thought that one day he’ll talk to me about all of this, or that I should take the initiative instead and speak to him first. Of course, I didn’t.

My mother didn’t like him much, but I was completely influenced by him and I didn’t listen to her. I picked him.

He didn’t go out much because of his IPCC exams and I used to always motivate him to study more and smartly. I would stay up as he studied into the night.

Once his exams were over, he began hanging out with his old school group again. One night, he was drunk and called me to tell me that the girl standing next to him was so cute.

I was shocked. Why would he say this? I began reducing my conversations with him and before I knew it, I had become an afterthought in his life. I hated the girl that he was flirting with. Initially, when he began flirting with me, he told me things like, “Between two people who were really fond of each other, who cared about each other, this it isn’t much, it’s just a harmless friendship.” I agreed, but when the flirting went overboard, I asked him what he meant by it and why he spoke to me the way he did. He said that it was nothing, but “time-pass”. And he was telling me that he could teach me how to flirt with boys!

I couldn’t believe him. How could he talk to me like this? After a while, I asked him “what if you began dating someone?” He just laughed and discarded the topic. And that’s when I realized that I should cut off. Moreover, I began having issues with my family and my parents began fighting, a lot.

I was frustrated, I really needed a best friend to support me but all he kept saying was that he’s busy or work was too hectic or that he’d just call me later. But he had all the time in the world to go out clubbing with his friends. My frustration turned to me overthinking and I told him that I knew his tactics well and that he truly is a real manipulator.

The reason I’m using “is”, is because even today he’s still manipulating his childhood friend against me.

One day, my mom happened to check my phone and saw his text. She read the messages and I swore that I wasn’t dating him. She then asked me why I was talking to a boy like this, without even having a relationship with him.

When I told him about this, he didn’t say a word to ask me how I’m feeling, but instead, he blamed me for keeping my phone out, and within her reach. He then called me stupid for being controlled by my mother. I feel a good friend would have said something, anything, and I began getting negatively towards him. I didn’t feel comfortable to cut him off completely, because I did value him, even as a person. And on top of that, I didn’t want to be the B**** in his life that ghosts him.

And so one day, I gained all the courage I could and decided to tell him that I need some time off from him. I told him he’ll understand my situation because when we were in school, he liked his best friend who didn’t like him back. But what he said, it shattered me.

When he told me this, I was in the USA, because I couldn’t have this conversation face to face with him. I sank into depression and my mom told me to delete him from all my social media platforms. And I did it. I was completely lost, broken and I felt like my life had lost all purpose.

This is what betrayal feels like; from someone who not only I was in love with, but also my best friend. His response to me made me realize how cheap and manipulative he could be. A few days later, I got weak and texted him. His reply, “No need to message. I’m currently very happy in my life. [Girl’s Name] is my temporary happiness.”

I truly regret not listening to my friend, all those years ago. Or my mother who told me that this boy was trouble and she could see it. Two months later, I’ve completely cut him out of my life.

I just have one message for that boy: Stop using people for your selfish needs and entertainment. Stop playing the victim card because you are not a “bechara”. Learn to respect women because women don’t come with drama for no reason. You need to stop feeding your ego by insulting girls and looking down at them.

Share this story, because it's horrible to find out that your best friend is being entirely selfish. It's time to stop treating each other the way we do.