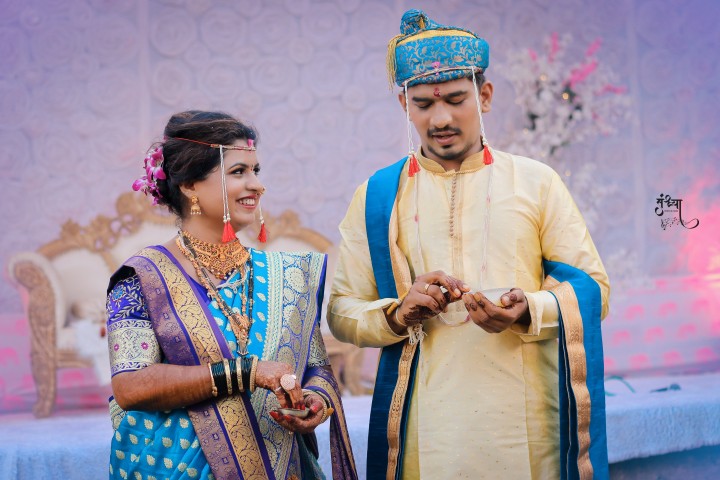 Yogesh and I, from @bookishfoodietravellers, are college sweethearts who have been dating for aeons and married last year. Raven, the cute master of mischief, has lately joined our family.

I’m Shraddha, from a small village in Western Maharashtra where educational opportunities were limited when I was in school. When I completed the fifth grade, my parents opted to enrol me in Jawahar Navodaya Vidyalaya, a Central Government-run boarding school. I was accepted to the school after being chosen for the entrance exam. Being away from home was difficult for me, as it was for every other student.

While I was slowly adapting to the curriculum in the eighth grade, I learned of the tragic death of one of my classmates’ parents. They had a road accident. Everyone who lived away from home was distressed by the news. I couldn’t see or talk to the boys due to strict limitations and (vice versa).

I met Yogesh on social media after a few years when I was in college.

We got to know one other a little bit better. We usually talked about our daily lives, whining to one another about our difficulties as young people. That’s when I realised Yogesh was the same boy mentioned in the news. I became emotional, but after speaking with him, I saw that he gradually recovered from his grief. Despite the challenges he faced, he was a brilliant student who excelled in academics.

After months of friendship, he proposed to me, and why would I refuse such a wonderful, kind, and loving man? I said yes!

We’ve been married for 11 months after being in a relationship for ten years, much of which was long-distance due to our careers in different fields. Every day is a new adventure for us, which we love together. This is a dream come true!

We’ve had many difficulties because of the distance and convincing our families to marry us. But it was all worth it!

We’re fulfilling our dream by exploring one destination at a time. Although we’re not only interested in travel, we also aim to convey love and body positivity. It’s all about looking at the world through rose-coloured glasses. While I am happiest when travelling and treating patients (seeing their smiles), Yogesh finds reading to be his primary dopamine booster. We both believe that kindness has the power to reshape the world.

I’m a hypothyroidism patient who has also been a victim of body shaming.

I try to raise awareness about body positivity and show that everyone is beautiful in their way. We despise orthodoxy as much as we adore sunflowers, adventures, and coffee. We both come from a small village and come from orthodox families; yet, we are close to our families and believe that teaching our parents to unlearn the wrong conditioning will improve many things.

For the past 12 years, we’ve been defying stereotypes by cleaning, cooking, and sharing responsibilities equally. There are no bloated problems or gendered preconceptions here, just lots of smiles!

I understand that life is challenging and that there will be ups and downs, but everything becomes easier when you’re with the right person.

I enjoy sharing my life with him. We’re taking baby steps toward our dream of travelling the world while also working as professional dentists and engineers, defying prejudices!

I Often Tell Karan, "You Could've Saved Us So Much Time"