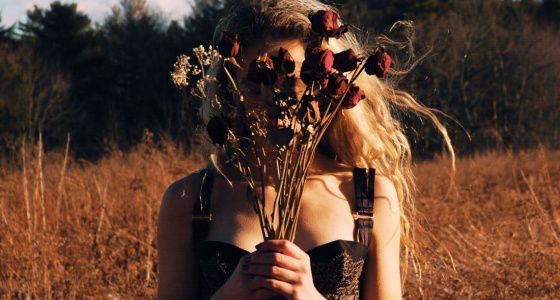 I was in class 9th then, just a 14-year-old girl. And I was totally new to Facebook, I got a message from this person and everything started with that single ‘Hi’. After chatting with him for a week or so we both were attracted towards each other. We got committed to each other and got into a relationship. He was my senior at the school. Everything was so good between us and it continued for almost 6 years.

We both were happy, then one day I came to know about his affairs and it was not just with one, but there were many girls. I felt so weak, so broken.

It was like waking up from a dream. A Beautiful dream. Then he explained to me everything and I trusted him and believed that it was just some rumours and game plans against him. Then we continued again in the same manner as we used to but this time he seemed like someone different, it was not like his usual self. He started ignoring me. He treated me as if I am just a time pass for him. After some time, when I argued with him over this, he tried to change himself, so I thought he was changing for better. I appreciated that he was changing for me. He never gave me a commitment to marry me. Then one day, we both were happy that we got some quality time to spend with each other. He took me to one of his friend’s house and tried to make it special for me. We both were losing our virginity to each other. It was peaceful, to give up your virginity to the one you love. I have heard that everything changes after getting physical, either positively or negatively.

Positive in the sense, that you start to love each other even more and negatively in the sense you will completely lose your love for each other.

And it was a u-turn of my life because he left, he left without saying a word. He vanished from my life, deactivated his Facebook, changed his number, changed the city. Then one day, an Instagram notification popped up. I got a follow request from the person who resides in my heart. I couldn't stop myself from accepting it and followed him back. I asked him why he did so and I was getting over emotional, all he said was, “jo bhi hua, forget it.” It was a ray of hope for me but then again the same story started with him. He was there again just to torture me, to scold me, to hurt me and so on. He again vanished the way he did before. Then from that day, I promised myself not to fall for anyone again. After some days, I saw him. He was riding his bike with a girl sitting in the back seat and she was grabbing him tightly. It hurt me like hell.

I also tried to commit suicide but that's not the solution of all problems because one guy can't change my life.

Share this story because when you love someone, you give them the power to hurt you with the faith that they never will. When they in fact do, it shakes you and devastates you. Hurt and pain like that needs to be shared because it can consume you if you bear the weight of it all alone. If you have been through something like this too, we are here to listen when the World isn't. Big hug!