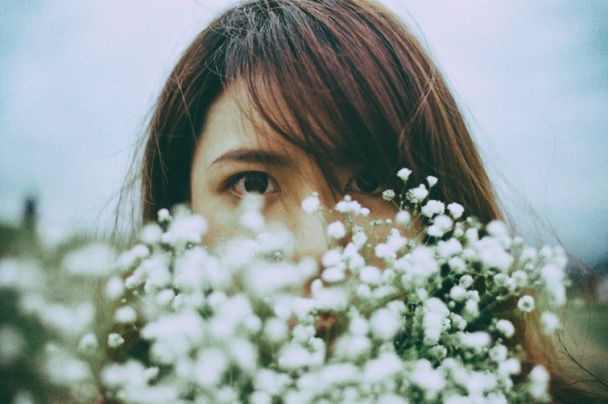 Love is a feeling that can happen anytime, anywhere and no matter how hard you try, you just can’t stop.

It was a happy day for me. I was enjoying my birthday with my husband and son. My friends had sent me a beautiful cake. All day long the wishes were pouring in and I was enjoying all the attention given to me. I got a message on my messenger from a Facebook friend but I had never met or spoken to him before.

The message read, “Happy birthday to you. May you enjoy every moment of your life and all the sadness behind your eyes goes away.”

I replied, “Thanks, but what sadness are you talking about?” And my phone beeped again. He said, “You’re trying to be happy when in reality, you aren’t. You have a lot of things going inside you which make you feel lonely at times.” I wish I hadn’t replied to that message but I did. I said, “What is it you’re trying to say?” And he went on explaining to me how I was a rebel and wanted to live on my own terms. I asked if he was an astrologer or just happened to do a lot of research about me. He replied saying that he would call and tell if I could share my number. How I wish I wouldn’t have shared it but I did it again.

And the first call, of our relationship which lasted for three months, happened.

We mostly spoke about me, how I was as a person, what I did and it went on and one. I thought I found someone who at least was trying to understand me. But I still hadn’t dropped my guards. We used to chat every day, until late at night. Most of the time, he would only initiate the conversation.

One day, when I was getting my first tattoo made, I messaged him. I don’t know why I did that. All my friends were busy and I was getting bored. Then he called and we talked till my tattoo got done, which lasted till late at night. That was the first call I ever made to him and then there was no looking back. He would chat with me till late at night and call me randomly during the day.  He would praise me and love me the whole day. I felt like I was in the air and flying as if it was a dream come true. He made me feel like a princess. I was his queen, love of his life, his Radha that’s what he would say to me.

I told him everything about me. I opened up about my insecurities, problems, anxieties, depression, PMS, mood swings and he accepted it all. Then came the day when we met for the first time.

I felt respected and not used. We were together just talking and talking the whole time which was something new for me.

And then, he went back and that’s when the problem started. He got too much busy with his issues at work. The messages reduced and the calls almost faded. The matching of during the day to talk to each other just vanished. I was myself going through a major crisis at work and in personal life too, due to financial issues. He helped my husband get a job in his company.

I was happy but he was too involved in his issues. Whenever I spoke of the distance between us, he asked me to be understanding.

I was getting too much too much into depression and my problems were aggravating. But he was not there to support. It built inside me like crazy. I had no place to vent it out. I was shunned away every time.

Then my trip to Delhi with friends happened and that marked the start of the end of this relationship. Certain events are meant to be hidden and not to be told. But I thought that honesty is the best and the things had anyway aggravated. His shunning away was like a rejection for me. I felt dejected and got into unnecessary arguments. I was going crazy till the day I finally vented it out completely in one of our chats. And that was it. He was gone just gone. I did not even understand what happened to me, with me. Why it all started and why it all ended.

All I was left to do was to pick up the broken pieces of my heart and tie the lost strings of my life.

And again this time, I was priced right. That all my inhibitions and thoughts about men were correct. Never believe a man. Never believe someone who says he loves you but doesn't prove his love.