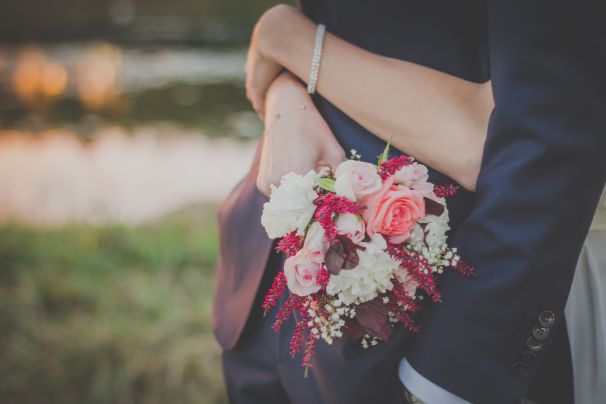 I grew up in a conservative family. So even though my family friend soon became my best friend, as we grew up, we never really had much of a conversation.

It was only after a few years, when I was in college that I suddenly bumped into him again. We both were excited to see each other after all these years, and I thought he had grown up to be a handsome man. But that time, I was seeing someone else, so I didn’t stretch our talks into anything more than the usual, “It’s been a while!”, “How have you been?” and so on.

As college came to an end, I was single again and was also in the mood to mingle. Coincidentally, that’s when he found me on Facebook Messenger. I was extremely excited and definitely took this as a very, very good sign.

We began chatting incessantly; we didn’t start dating or even tell each other that we had developed feelings for each other, but we were constantly texting. After a couple of months like this, we literally became inseparable and I thought that he was the best person that I had ever met. My friends already began doubting that we were dating, despite me trying to constantly deny this, as I blushed, of course- which didn’t really help my cause.

This little bubble of mine burst, when my parents came to me one day and told me that they had found a rishta for me. This guy was from London. I was honestly quite shocked when this happened, it was truly unexpected and I didn’t know how to react.

I didn’t want to profess my feelings for him, so I casually told him that I got a proposal from London, which may just get fixed. His reply was curt.
And that’s when I thought that he probably just looked at me as a really good friend and nothing more. So, I kept my mouth shut and decided against saying something.
While this went on, the proposal from London was going forward.

Suddenly, one evening, I realized that there were two guys asking for my details. They began questioning people about my reputation, history, friends and so on. My colleagues asked me if everything was alright and that’s when I found out that my friends and family were being questioned too. My parents and I were worried and we tried to figure out where this was all stemming from. And that’s when we found out that this was a background check that this boy was doing on me!

I was horrified and couldn’t figure out how to react to this.

Soon, the groom’s parents came over to finalize dates and details, and we were surprised at how natural they were behaving in front of us. This made us curious, and worried, no doubt, but we were all in a fix and were wondering how to go about this.

As my parents questioned their next moves, I made it clear that I wasn’t going to marry a guy who had to run a background check on me. News of this had already spread like wildfire in my office and friends were gossiping about it too. It was beyond embarrassing for me!

One night, as I waited to fall asleep, I decided to pray to Allah, and ask him to save my future. I told him that I put all my trust in whatever decision he made for me.

A few days later, I got a request from this boy and we began chatting. Within a week, I confronted him about these spies that he had sent after me. He assured me that neither him, nor his parents, would ever do something like this. I’m not sure why, but at the time, I trusted him and we began chatting even more. We grew closer and the bond between us grew stronger and stronger.

I called him, in absolute anger, but as soon as I heard his voice, all my anger melted. He began crying and told me that he loved me and he tried to fight these feelings because he thought I wanted to marry this other man. But he had to try once and tell me that he can’t live without me.

I was in shock and told him that I couldn’t do this, it was too late and it would be a huge mess for my family to clean up.

But he began emotionally blackmailing me and told me that he wouldn’t be able to live without me. Being a close family friend, I had to handle this carefully. I tried telling him to let me go, but he kept refusing. One day, I took screenshots of all these conversations and shared it with his mother. She assured me that she would take care of this and that was the last day I heard from him.

I blocked him and married the man that my parents chose for me.

It was only after months that I found out that the stalkers that I had, near my office, was actually this guy’s friends! When he found out that I was seriously getting married to this man from London, he sent his friends to find out more.

It’s been three years but I’m so happy that I chose to listen to my family and didn’t act upon the vague feelings in my gut for this guy. My husband is my greatest possession. He loves me so much that I can’t describe it. It’s eternal and I’m so happy that Allah helped me find him.

Sometimes, I find myself wondering what would have happened if I chose to marry my stalker and how horrible my life would have turned out. I’m so glad my husband and I found each other.

Share this story, because sometimes you need some guidance, from God and family, especially when it comes to life-altering decisions.

Also Found in arranged marriage , happily ever after , indian couple .