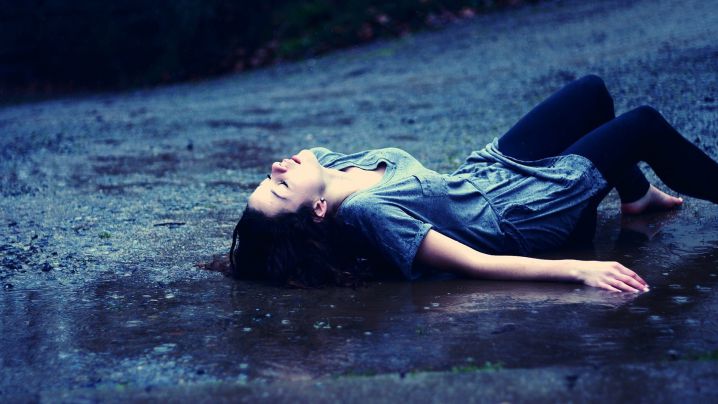 We met for the first time on social media when he introduced himself to me as a friend’s friend. I still remember our first quarrel too.

We did not know that Destiny had so much in store for both of us. We didn’t know that we were both going to travel along the same path for a long time.

We started our relationship as friends. We shared everything with each other. Then one fine day he did not call me for one whole day. I was distraught when he did this. He called me the next morning. But I just blanked out when I heard his voice. He asked me if I was able to hear him. I told him I could hear him. But what he said after that shocked me. He said, “I want to tell you something. I can’t be with you. I can’t even give the relationship that we share a proper name.”

“But I know that I will not be able to stay with you throughout your life. So don’t talk to me because I know it will not work out.”

“I know my family very well. They will not accept my love for you at all.” A week later, I got a call from his sister. She also said the same thing. She asked me just to continue being friends with him. So I tried to be his friend and agreed to meet him in our hometown for the first time. We enjoyed meeting each other. I had not expected to like him so much in the first meeting itself.

He then sent me a message which clearly showed that he was interested in marrying me.

I could not believe my eyes when I read the message. Then he called me and asked me to give him a reply. Both of us decided to clarify things properly.

We decided that we would get married only if our parents agreed to it. I didn’t want to separate him from his family because I loved him.

He then told his mom and his sister about how much he loved me. All this happened within a month of our first meeting itself. Both of us were not yet ready for marriage. We knew what their replies would be. But he continued trying to convince his mom and his sister. In the meantime, we just decided to keep meeting each other. We wanted to understand each other properly first, so we started sharing all the happy and sad moments of our lives. I too discussed him with my family.

My parents were always concerned about my happiness. So they agreed to get me married to him.

Two years later, his elder brother got married. We knew this was the right time for us to convince his family about our relationship. He somehow managed to convince his parents to meet my parents during his brother's marriage reception. They called me half-heartedly. Both of us were very tense. His parents agreed to consider getting us married.

But they had only one condition. They said that they would agree to our match only if our horoscopes matched perfectly.

We had been together for almost three years now and all the pain suddenly seemed worth it.

Our parents met again. His parents wanted us to get married after two years. My parents were a little worried, but we managed to convince my parents to wait for two years. This would work out in my favour too because I had got an onsite offer in my company. Both families permitted me to explore this opportunity and soon I was on my way there. We continued to plan the details of our marriage whenever we met. All our thoughts were about our marriage now. We would decide what we needed to buy, how to spend our money, whom we would invite to the wedding etc.

We planned another casual meeting with his parents again. But around 20 members including his parents, relatives and family friends came to our house. We thought it was just another get-together. But that day turned out to be the most important day of our life.Suddenly his dad asked everyone to finalize the date of our engagement and marriage. They finalized the dates after discussing it for some time.

It was one of the best evenings of my life so far. Even my parents were happy to forge a bond of this kind with his family.

Everything was going along quite well. We had our engagement after three months and after that our marriage date was fixed. We were ecstatic with happiness. We had struggled for five long years. We had fought so many times. We had felt sad on many occasions despite loving each other so much.

And finally, everything was going to end with sweet happiness.

The engagement halls were booked. We passed the news of my engagement to all our loved ones. We invited all our relatives to the wedding. I informed all my friends in my office about my marriage. We were so busy during this phase that we didn’t even get time to talk to each other.

But who can really predict the future? Tragedy struck and our lives turned upside down within 24 hours.

Someone in his family thought that our wedding date should be finalized again. They felt that it should be a more auspicious date. So their parents went to the astrologer to get a more auspicious date for our wedding. But they got a negative reply from the astrologer. He said, “If the boy marries this girl, he will die within a few years of the marriage.”

This statement of the astrologer changed our destiny totally.

All of us were very disappointed. His family called off our engagement and our marriage within a month’s time. He was still talking to me. He was consoling me because I was shocked by all that had happened. My parents were depressed by the whole thing. Time passed. My family met his parents and tried to convince them several times.

But it had zero impact on them. His parents were firm in their decision.

I had finished working on my project, so I returned to India. He helped me settle down in my office and stayed with me during this phase. Both of us were unaware that another shock was on its way in our lives.

At 2 o'clock in the night, I got a call from my home informing me that my dad was no more. He had died of a heart attack.

At that time of the night, I did not know what to do. I just called him. Even he couldn’t believe his ears when he heard what I told him. He took me home but had to return immediately, so he was not around when my dad made his last journey. My younger sister and I performed all the last rites for my dad. My dad had wanted us to do this for him. I returned to my office after ten days. He did come to meet me. He consoled me whenever I broke down.

My family had started looking out for other alliances for me. They wanted me to get married to another guy because his family was still against getting him married to me. In fact, when my family had asked them to reconsider their decision, they started saying that I was indulging in this kind of drama to get married to him. I thought I was getting married into a good family, but I ended up getting a bad name for myself in the process.

By now he too was totally frustrated by all that was happening in our relationship and decided to leave me.

Now other people have started rejecting me for silly reasons. I know I will have to accept this too as a part of my life.

I wonder about Destiny now. I don’t know what else it has in store for me.

Why did Destiny make us meet when it knew we would break up like this in future? Why did it give us so many happy moments? Why did we still have so many shared memories? Why did it make us experience seven years of togetherness only to break things for us like this?

People say that people suffer because of their own Karma. But what had we done to experience this kind of suffering? We had just wanted to lead a happy life with both our families. Is it wrong to have these kinds of simple wishes too?

Sometimes we simply cannot understand the things that happen to us. There are no answers to our myriad questions. We realize that many things in our lives are beyond our control. So we learn to surrender. So we learn to focus only on things which are in our control. Let’s share this story so that this girl gets the courage to recreate her destiny using her free will. He is with all of us. So we are in safe hands. Always.

Also Found in Love , Relationships , heartbreak , happily ever after .

HOW'S THE JOSH
BAKKAR. CHAI. SUTTA
YOURS GEEKLY
Your Stories
LIFE IN THE TIMES OF CORONA
YOUR STORY