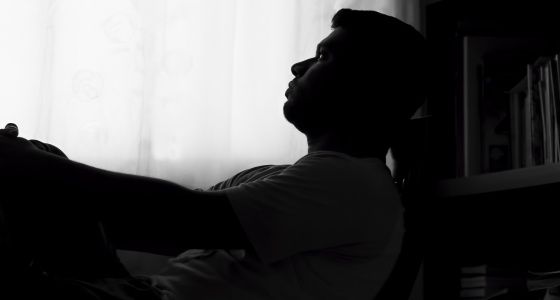 I hope that one day you will read my letter and understand what you have done to me. Even after almost one year of breaking up with your toxic self, I started writing this letter. Yes, I know we're talking about 12 months here, but the sad part is, I still love you.

I am basically an introvert man who generally does not speak too much. I don’t have many friends but I have some genuine ones. But you know that I like to stay with a small group and I became happy with the small things. I am a very shy type of guy but whenever I was with you, I thought I was in heaven. You even know that I don’t talk about my problems to anyone but I always told you every single thing about my life. I hid nothing from you.

Trust me, I believed you blindly, I always thought, whatever happens, you could not do something wrong. I always had faith in you, you could not ruin our relationship. Yes, our communication became less at a point in time, but we still spoke to each other. I would go as far as to send you messages on Facebook. You would find my notes in your message box but never bother to reply. What you did my love, was a mistake.

I know that because you deliberately ignored me and cut me out of your life. And despite that, you hurt me and abused me. You humiliated me regularly and my only fault was that I let you get away with it. I still remember the day you spat "Please move on!" at me.

Yes, I moved on. But my definition of 'moving on' is not finding a rebound girlfriend. Even if I think about it, it feels like I'm cheating myself. It took me almost a whole year to come back to normal again. Now that I know who I am, I know that you are no longer a reason for my smile.

I don't think you've still understood what it is that you've done to me. If you had realized it, you would have called me and apologized. I spent a whole year blaming myself for your mistakes. I fought with myself and I turned into an insomniac.

You always hurt me with your sharp tongue. Maybe you really wanted to hurt me that badly. But now, I have no complaints against you. I don't think about the way you stabbed me in the back. I have managed to stay the same. I have managed to continue trusting the world and believing the best in everybody.

But people change after they have been hurt. So did I. I became stronger. And for that, I thank you.

If I hadn't met you, I wouldn't have ever realized that people could be that selfish and ruthless. Some people will always have hidden agendas even in love.

Do you really expect me to ever fall in love with anyone else again?

I really hope you're having a lovely life now!

Share this story because you know abusive relationships need red flags, even after they're over. Our only hope is for other people to learn from it.