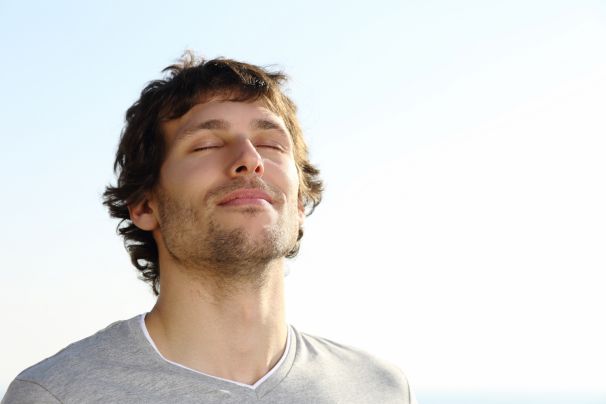 As I’m turning older, my urge to live a meaningful life gets stronger. A few years ago, my outlook towards life changed completely. It happened a few days before my birthday in 2012. I started thinking about my past, my friends and my IT job. I’d been celebrating my birthday in the same manner since the past two years - some friends, a cake and a couple of beers.

This time, I wanted to do something different, something for others rather than myself.

Suddenly, my mind wandered towards those people who have no one in the world, people who spend their entire life in an orphanage or shelter. I couldn’t help but wonder how they lived their life. That’s when I decided that I would spend my birthday in an orphanage.

I knew it was a sudden idea but I was eager to make it a special day.

A day prior to my birthday, I left the office early. I called my mom and informed her that I was going out of the city for two days. I didn’t tell her where I was going or what I planned to do on my birthday. I told her not to panic if my friends called her asking about me.

I just wanted to get away from the life that I’d been living for the past 23 years and experience a different life.

On a whim, I took a bus to Coimbatore. After getting on the bus, I checked Google and found a shelter for kids, the elderly and mentally disturbed people . It was in Pollachi, which is quite far from Coimbatore. I called and informed them that I’d like to donate money for my birthday that was on the following day. Since I had to travel a long distance, I asked them if I could stay at the shelter for a day. I was surprised to hear the manager agree without any hesitation.

As the clock struck 12 a.m., I started getting calls from my friends. My girlfriend also kept calling me because she did not know about my plans. I had not informed anyone. I put my mobile on silent mode and kept it in the bag to avoid picking up any calls.

I reached my destination early in the morning. The person whom I’d spoken to over the phone was not present but she had communicated my arrival to the in-charge. As I entered the orphanage, I saw kids and the senior people waking up at 6 a.m. to pray.

Then the kids helped each other get ready for school. The shelter ensured that all the kids received an education. Most of the kids looked at me strangely and refused to talk because clearly, I was the odd man out. I decided to buy them chocolates and they were thrilled when I distributed them.

I was overwhelmed with the happiness on their faces.

All of them started calling me anna (elder brother) and also wished me a happy birthday. Amidst all the revelry, a young boy who was in class 6 told me that people visited the orphanage only on their birthdays.

I felt ashamed because even I had stepped into an orphanage for the first time only for my birthday.

At that very moment, I decided that I would dedicate more time and regularly visit such shelters.

After the kids left for school, I went to the section where the old people resided. I was surprised to see their energy and high spirits. They were talking, playing games and enjoying. Spending time with them was such a fulfilling and heartwarming experience.

People go to psychiatrists to deal with stress but what they actually need is some time with these elderly people who are so full of life.

Listening to their cool talks and jokes made me feel light and happy. I'd never had the opportunity to see my grandparents, so I felt instantly attached to this group of people. Everyone had had painful experiences in their past. While some shared it, the others preferred not to.

All they wanted was someone to talk to.

I spent most of my day with them before visiting the last section, which housed mentally challenged people. My eyes filled with tears when I saw their helpless condition. However, I was glad to see them being cared for at the shelter. As my stay came to an end, my heart was filled with various emotions.

I felt extremely grateful for the life I was living.

And I also promised myself that I would do more for the underprivileged people. Initially, I’d decided to offer 5000 rupees as a donation since my salary was just 18,000. However, after meeting all the residents of the orphanage and seeing the staff struggle for donations, I decided to give my entire salary.

Though my bank account had nothing left, my heart was filled with beautiful memories of a day well spent.

At the end of the day, it’s not about the money. It’s about the joy you see on their faces when you spend even a little time with them.

Nothing can match that feeling of contentment you experience when you make someone happy.

So let’s all make it a point to dedicate at least a little time out of our busy schedules to spread happiness and cheer amongst those who need it the most.

Let's share this story because it takes very little to make someone happy and we must do our bit to spread the happiness.