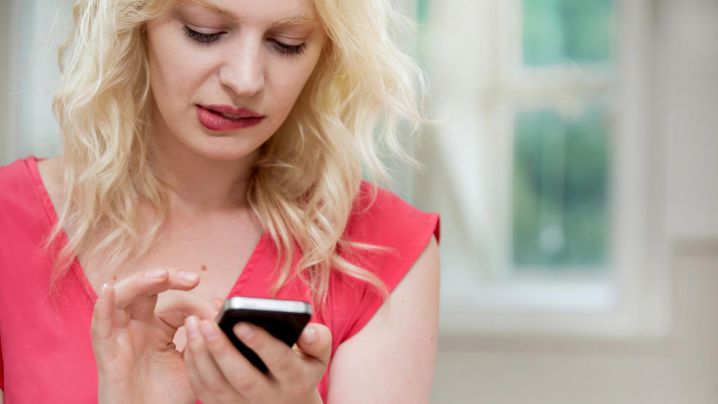 Because you don't deserve my reaction, you deserve shame.

Because being a woman in this big bad world is cruel yet equally satisfying and my spirit is indomitable; you cannot kill my confidence to move on!

I am a modern woman and I have been in multiple sexual relationships with men because at times I was in love and sometimes because I needed them the most.

I am independent and vocal about my needs, my wants, my dreams and my aspirations.

And while achieving them or in the process, I have risen and I have fallen. But that hasn't stopped me from moving forward and the experiences that I have had with men will also not stop me from finding love or a true companion.

Since childhood, I have led my life on my own terms.

I come from a fast-paced nuclear family where both my parents were running around to give my brother and me a good life. I was a headstrong, rebellious child who escaped from her parents’ constant fights by drowning herself in storybooks.

The decisions I took made me realize the sweet taste of success and the bitter taste of failure in my own way, both of which helped me conquer my fears.

A fluttering heart with butterflies in my stomach, I embraced the love of my life with all my means then. His one breath, his one word, his one action, his one laugh and his one scornful look managed to move my very being.

I loved him so deeply that he became my very obsession, not the dangerous kind but the kind that moves mountains in fairy tales!

I rose so passionately in his love that his dominance went unnoticed.

When I realized that his kind of love was dangerous, I fluttered again, this time like a bird with clipped wings! Such kind of a dangerous love had its own dangerous effect. I gloated in denial and the thought of revenge.

While I was coping with the wrong choice of subjects during my class 12 boards, my teacher came to my rescue but as the evil in disguise of a mentor. He spoke sweet nothings, helped me with my subject, gave me special attention and instead, emotionally coerced me into a disgusting sexual relationship.

He was a married man of 32 and I was a heartbroken problem child of 16.

He gave me full marks on my subject while I thought I was taking revenge from the world, being rebellious in this dark relationship. When I woke up from the trance, I thought I had created a dent in myself.

There will be men who will insult you, humiliate you but that doesn't mean one should punish oneself.

A few years went by with ups and downs and mostly down with mental tortures and humiliation of being an independent woman who dared to aspire, who dared to talk to men, who had friends who were guys, who left the city to escape the rut and follow her dreams.

I eventually broke up with him, as we were doing no good to each other.

He kept calling me for over a year till he finally went silent. In between, I kept seeing a few men, became sexually liberated, finished my graduation and found love again.

In order to forget everything that had happened in my past, I decided to give the best of me to my newfound love and in the process, bring out the best in him.

We gave our startup dream a shape to achieve this goal together. While drowning ourselves in work, I started ignoring his underlying drunken abuses. He was his usual self when he was normal, talking less, being reserved, understanding love in his own definition, ignoring my emotional needs.

During parties, he was his best self but afterward, he was at his worst.

Hurling verbal abuses, gaslighting a human being, mental abuse, everything became a part of the relationship. After a serious fight one day, he raised his hand on me and that day, I lost respect for him forever. I was so habituated to him that I couldn't muster the courage to leave him.

On another one of his drunken nights, he forced himself on me and that made me lose him forever!

He became my object of hate! I broke up with him for good and got back on my feet, although I am still running the company with him.

No, not all men are the same. Just because you encounter 10 who are worth your hate, it doesn't mean that there won’t be an 11th who will be worth your love!

But yes, there are few who need to be shamed, who need to be punished and taught a lesson for life. There are those demons who have raped the very essence of being a woman, those who don't deserve anything but a sentence of death.

There are also those who give hope and do good. There are those who you should look up to for the good that they have done for society and for the women who have truly suffered.

Till then I will carry on with my spirit of hope and fulfil my aspirations.

I will rise again from my ashes and maybe, find my one true love someday!

Share this story because some men may have hurt you and broken your hurt but not all of them are bad. You shouldn't give up on the good ones!