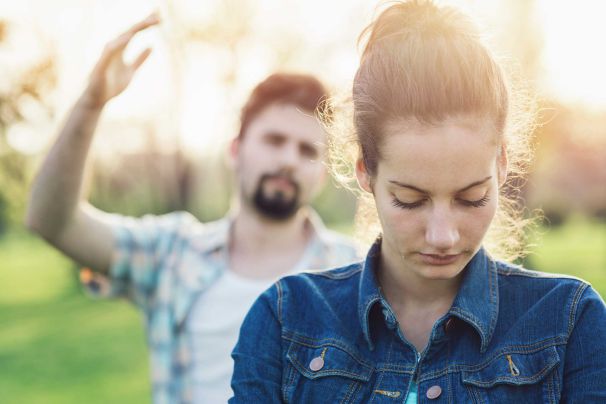 Being the single daughter of a bureaucrat and politician parents, I was dreaming about becoming an IAS/IPS. So to take preparation I chose to come to Delhi, the hub of UPSC aspirants, as there was not a good institution in our city for pursuing the same.

I was spoon fed by my parents and by the person whom I loved the most. It was really a big problem to stay away from these people.

Still, I started to manage myself. I was trying to do my best. After coaching, I wanted to go back to my loving people without staying any more time in Delhi.

I was keeping myself so busy that we, the lovebirds, were unable to talk for much time.

And he thought that I was avoiding him. My mom and daddy were worried about me; I was only focusing on my studies and no other activities.

Once to get my attention, he lied to me by framing some story about his mother. He was drunk that night. I got angry by listening to the story and so disconnect the call. After that, neither he called nor did I.

It took me around 25 days to finally call him back.

But then he told me that everything was over between us and now nothing could happen. I was shocked. I tried everything to make his mind but he did not listen to me. Finally, I stopped trying anymore.

Three months passed by, I was still feeling so much guilt about my mistake that I couldn’t gather the strength to call him. Once, I found that he was in Delhi as he was being posted here. I congratulated him for his new job but couldn’t ask him ever to meet.

Finally, we started chatting over WhatsApp and he forgave me. After a month, he visited his hometown and talked about our reunion to his parents.

He told them that he wanted to marry me. No one was happy with his decision then. Earlier, they had a problem with my caste and now, it was because of my studies.

According to his parents, I had already left him once for my studies. There was no guarantee that it won’t happen again. They thought of me as an ambitious girl who only cares about herself.

I was even ready to quit everything this for him - my dream, passion and the most important of all, the wishes of my parents to see me become an administrative officer.

Still, I was rejected because I dreamt of becoming an IAS/IPS officer.

I was shattered because his parents did not even think about their only son. Is it my fault to dream of becoming an administrative officer?  We both love each other and I know even if he is marrying someone else, he wouldn’t be the real same person with her.

I miss him terribly. I have no clue how I will live my life without him.

It will always haunt me that I was rejected because of my dreams and my aspiration of pursuing UPSC.

Share this story, because balancing ambition and relationship is not easy. We all learn it with time.