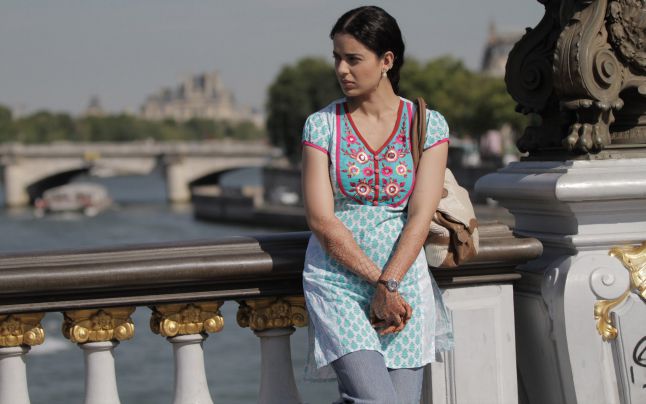 Being a female, I was always made to feel inferior to my Bihari husband ever since marriage.

My in-laws wanted an educated and intelligent woman who would keep their son happy and sing songs in his praise to the world. Satisfying his ego and nodding my head in his praises were my prime responsibilities while the other chores were attended by servants’. My day started with a warm ego massage to him, which if missed I became invisible to him for the rest of the day.

The family’s financial dependence on my husband had them woo him in all possible ways so much so that you could clearly understand the silent competition existing among the members to do their best to please him. With time my husband had got so used to hearing hymns sung in his praises that any miss in this would leave him baffled and annoyed.

All was well till the day I decided to stop being a doormat and raise my concerns on leading a life of slavery. And, this because I was expecting a child and wanted to raise him/her as an independent and empathetic individual than a mere puppet. My rebel, but obvious, was not taken very well and soon I was showed my rightful place and made to feel useless.

Over a period we were blessed with a daughter and the presence of too many males in the family made me uncomfortable. My husband didn’t like changes, hence, my rebel fell on deaf ears. He was happy to let me go but refused any alterations in his lifestyle. Each time I rose a concern he ensured I was proved wrong and being the ideal child of the family, my statements were vehemently declared unnecessary and stupid. Any voice against him was put to rest, irrespective of how logical or practical it may be.

The real battle, however, began when I was sent to my mother’s place and refused to be taken back. Nobody bothered to call or enquire about me and this left me lonely and depressed. But as they say, love doesn’t fade easily and despite knowing that I was nothing but a mass for them I went back. I agree that was a blunder and regret begging for their mercy. I failed to realise that some things are not meant to change and the best you can do is let them be and seek your own peace.

I put in my soul in building the family, accepting things and situations which otherwise I wouldn’t have. Despite all my efforts to keep the relation going I realized we were heading nowhere. Love had been replaced by ego, patriarchy and self-obsession of one man. He felt pride in abandoning me and seeing me plead for pity. I was left with two choices either remain suppressed and accept their way of life or be thrown out of the house.

It took me a while to accept reality and opt for divorce. It was difficult, really difficult but I knew this too would pass. Nine years to my separation and today I feel strong and confident. The journey from being a submissive wife to a confident mother has been quite a learning. The separation was a rebirth for me though I agree I still await his one call.

Today I raise my daughter and son with a message to not tolerate ills and appreciate both my weak and strong personas. The dream of having a happy family has been completed by my kids and not my partner and I’m glad I took the right step before it was too late to amend.