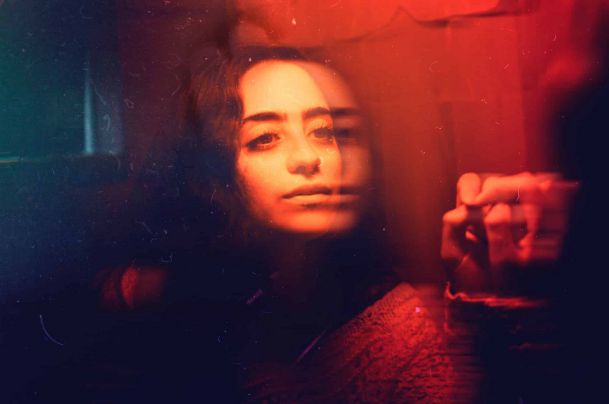 I have been through a lot in my life. I was a bubbly young girl when I was a teenager but life looks very gloomy to me now.

I had a boyfriend when I was in school. We were really in love with each other. Our parents were not very positive about our relationship working out.

We both belonged to different kinds of families and our upbringing was totally different.

We faced our fair share of ups and downs in our relationship. We thought this was normal but somehow after a while, things didn't quite turn out the way we thought it would. So we decided to part ways. I had to go to a different city for my graduation and he didn't want me to go there. So we broke up with each other.

I began enjoying my college life now. I spent three years with a crush, had a few flings and got several proposals. But I was just not interested in any of these relationships for long.

After a while, I realized that I was pregnant. I didn't tell my current boyfriend about it because I knew he would ask me to keep the baby and get married to him at such a young age.

So I asked a guy who belonged to my state to help me out. Initially, he was friendly and understanding with me. He helped me get the abortion pills too. But then he landed me in a mess by spreading the news about my pregnancy to others.

I had now become the ‘bad girl’ in my college.

Despite facing all these difficulties, I still managed to complete three years of my college. I got my degree too. I now went on to pursue my master’s degree in Gurgaon. It was at this time that I got a marriage proposal from a guy who was in the Merchant Navy. He was based out of Mumbai. I got married to him while I was still doing my master’s degree. I decided to continue doing my degree from the Mumbai campus.

My husband, his mother and his two sisters now made things really tough for me.

I was finding it difficult to breathe in the house.

A few days after I got married, they stopped talking to my family members. They started harassing me by saying bad things about my family.

They maligned my character.

My husband was a mute spectator to all this.

Whenever I tried to discuss the way in which his family was treating me, he would turn a deaf ear towards me. A month later, I called my dad and asked him to take me home.

The atmosphere was way too suffocating and I was finding it difficult to stay with such people.

Even after doing everything for them, I was treated like a maid of the house. I went back to my parents’ house and got divorced after almost one and a half years.

But only one chapter of my life had closed. A new one was ready to begin.

I contacted my first boyfriend and told him about all the problems that I had been facing in my marriage. We got in touch while I was in the process of getting my divorce. After I got my master’s degree I returned from Mumbai.

He helped me with my studies. He also helped me cope with my divorce and depressed state of mind.

We then decided to get married. He somehow managed to convince his family about getting married to ‘a divorcee’. We got married a year after I got my divorce.

Yes, my first boyfriend is my husband now.

But unfortunately, my equation with my current husband too is not a very good one. We both are completely different from each other.

He believes that a wife should never reply back to her husband. He feels that a wife should listen to whatever a husband has to say. He is a male chauvinist. On the other hand, I have been brought up in a completely different manner. In my family, girls and boys are treated equally.

I believe that relationships thrive on two-way communication. I think that both of us have the right to speak our minds.

But my husband gives a lot of importance to his family and takes suggestions from his sister. We now have a son who is almost two years of age. But my husband and I fight every time we see each other.

Both of us are struggling in our lives now – emotionally, financially and physically too. He works for 12 hours in a day but whenever we meet we only end up fighting with each other.

Things are so bad now that he openly tells me that we should part ways. The only thing that is keeping our connection alive is ‘our son.’ Both of us are clear that we don’t want him to grow up with a single parent.

Life is and has been really very stressful for me ever since I was a teenager. Things have only worsened with the passage of time.

Today, whenever I take a look at the way I have led my life, I feel devastated. I am standing in a place where there are no doors around me. I have to live with my husband or lead my life as a single mom. Either way, I have to struggle.

Very often I feel that it is better for me to sacrifice my life rather than bear the pain of struggling so much.

Make the right choices in your life. Take your decisions very carefully. Every decision that you take will have an impact on the quality of your life. So take all your decisions with an alert mind. Always listen to your parents’ advice. Remember that God has blessed you with a lovely set of parents.

Of course, a husband and a wife think differently. Of course, they will have different belief systems. That’s why the entire journey called ‘marriage’ is so beautiful. There will be lots of ups and downs in all marriages but this wondrous bond only becomes stronger with time, love, understanding and togetherness. All these ‘crises’ serve a higher purpose. They add warmth to a marital bond. Do share this story if you too believe that a husband complements a wife and vice versa.