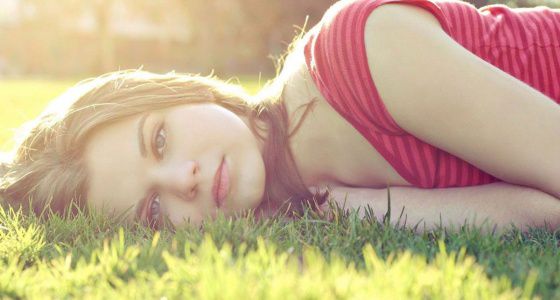 I am a simple girl from a small town who grew up listening to love stories. I imagined the same for myself but I didn't know what was coming my way.

Once during a sports event, I met this guy, and he was shy and sweet. We didn't talk much and in the end, we added each other on Facebook. There was no spark at that time. After two years, he messaged me on social media and we started texting each other. The conversation was never-ending. Over the years, he had joined the navy and I enrolled for my masters. Things started clicking between us and everything seemed perfect. So we decided to meet.

When we met it was a magical moment for me. We spoke for long hours and then he suddenly hugged me and said he loved me- my answer was an instant 'yes'. That's when it all began.

Later he returned to his work and I returned to college. But we kept calling each other, and at the end of the day, we would Skype. Things were perfect between us and I kept visiting him at work. During my visits, I met his friends and learned more about him.

Suddenly one day, he informed me that he got leave and he can come visit me. I was overjoyed, listening to this. So he came to my hometown and stayed with my friends. During this stay, he met all my friends and interacted with them. And towards the end, I took his phone to book a ticket. To my surprise, I saw a prior booking of a girl. When I asked, he said that he had helped out a friend from college earlier. I didn't pay attention to it. After that, he left to join his work, and the long distance continued, with me visiting him monthly.

As I got to know his friends and family, I found the same girl's name appearing as a mutual friend. So I confronted him about her. He promised me she was his friend and nothing more. But I didn't give up easily. I added her on social media and saw a video of them. When I asked the girl about it, she blocked me and didn't reply to my messages. He told me that video was an old one from their college days. Then I just gave up, feeling I was over-thinking. By then, his vacation had started and he went home to meet his parents and family. This created a lot of distance between us.

At the end of his vacation, we decided to meet. I was about to get an eye-opener. I saw his phone and found that he was using dating sites, and he even browsed through them when I was right next to him. This disgusted me and I was shattered. But he lied to me again saying that he did it for his friends because they were not able to approach girls.

I was in denial and I believed him. Then we resolved things and decided to make things work between us. We got back to our routine and things were perfect between us. At that time, the girl whom I had a doubt on texted me back. This was the worst day of my life. She told me things about him that I couldn't even imagine. He had promised to get married to her and even met her parents and informed his parents about her. And she also told me that this guy had played with many other girls.

When I asked him about this, he denied it and blamed me instead. He said that I spoiled our relationship by talking to her. And since then, we have not spoken. I don't have my answers. But I want this guy to pay for his sins and stop playing with girls' lives. It's not a joke.

How do men get away with fooling innocent girls? Share this story and ask them to stop.

POEM
YOURS GEEKLY
LIFE IS TOUGH
LIFE IN THE TIMES OF CORONA
BAKKAR. CHAI. SUTTA
Your Stories