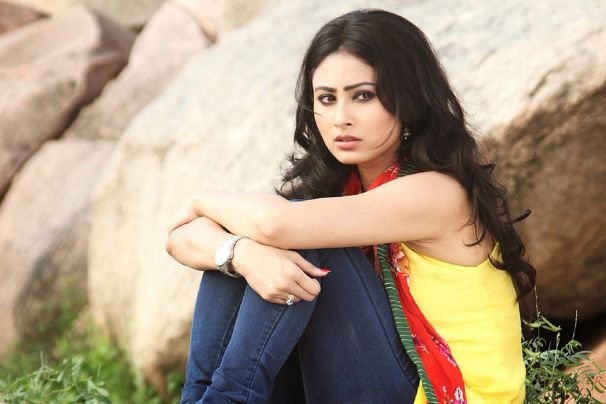 I don’t know where to start and where to end. In this world, "the bahus" are considered equal to daughters once married, I feel that the daughters are just lost somewhere in all the toil over giving all the comfort to the daughters-in-law.

It's very unfortunate that I belong to a well-off family that has nothing to offer to their daughter. Even if all I expect from them is their support and love. But I guess they are too busy to even know what their daughter is going through. Even after multiple attempts to try and make them realize, I fail to understand why they really don't care about me.

I am the only daughter among the three siblings. My family often considers itself as a very open minded one but the truth is it's open minded only towards their sons and daughters-in-law, but not for the daughter at all.

Pleasing the sons and daughters-in-law with all the comfort, and giving them utmost freedom and respect is what my dad wants to do. For which, he is even okay to sacrifice my happiness. My elder brother, who is 10 years older than me, left home for his education when I was 5. Later, he moved to the U.S.A and lived there for 10 years. Dad forced him to come back and of course, me being the youngest one, became the scapegoat for all his frustrations.

Suddenly, out of nowhere, he began to boss over me. "Do not make friends", "do not go out", "don't do this", "don't do that" and so on. Furthermore, he had a list of complaints about me that he reads in front of my dad like a daily newspaper.

Even after staying in the US for a decade, his mentality still stays somewhere in the 60's.

Don't want to rant, but there were times where he complained about me not buying a lehenga from a particular shop. Come on, I just don't get it, can't I buy a lehenga of my own? Now, this is insane and really stupid.

Well, according to my dad and brothers, I have to be at their beck and call, even at 2 in the night. But they will show me the attitude of being all sophisticated, even if I ask for the smallest of things, like seeing a family friend. I cannot refuse to anything they say, even if it is something of utmost priority like my exams.

And of course, dad cannot see his son angry. So he has to screw my happiness because of him. Now, if it were just once or twice, they could be handled. But there are just so many inexplicable situations like these that the article would never end if I just keep writing about it.

Well, I don't mean to complain or crib about what's happening with me. I did manage to complete my education and have a year of experience as an engineer. But still, I had to quit and stay within the four walls of the house. There has to be a particular reason even to step out. Seeing friends is out of the question here since my brothers don't know my friends’ parents.

I was forbidden from going out. I have been staying home doing just nothing for the last 5 months. I was forced to almost say "yes" to marry a guy whom I was not compatible with.

When refused, I was labelled as someone spoiling the family name. And of course, I was forced only because my brother wanted me to do so. At any point of time, dad only has one thing to say, “Bhaiyya aur Bhabhi ko khush rakhna hai.” He is only ever ready to do anything to keep them happy.

Being 60 kms away from a metropolitan city where I used to work back then, and being away from my friends and the life I had, I became suicidal. I have been depressed for the last 3 months. But nobody here really cares. I’d rather kill myself than stay at a place called ‘my home’.

In all this bossing around by my dad and brother, my mom has no value in this house despite being a real sweetheart. She would even do everything, right from cooking, to sweeping, and cleaning if the maid is on leave. I don't recall Bhabhi even providing a helping hand to mom in any of these chores. The only thing she does is to talk all sad about everybody in the family, and my intelligent brother buys it all. And now, everyone is behind my marriage; it doesn't really matter if I am ready for it or not, or if I like any guy or not.

All I want them to do is think… just think and stop being selfish. I am a daughter who is given namesake love by my family. I would never want to be born in a wealthy Marwari family ever, especially as a daughter.